It has been a good while since I broke into one of these assorted hockey card packs. I do have a couple to pull from, which I did buy last year, so let's see how the half for today is, and then if tomorrow can get any better.
Let's start with the trade bait. Since I have narrowed my focus on what I collect, not surprising these make up the majority of the cards in the repacks (but they are still fun to get and go through). 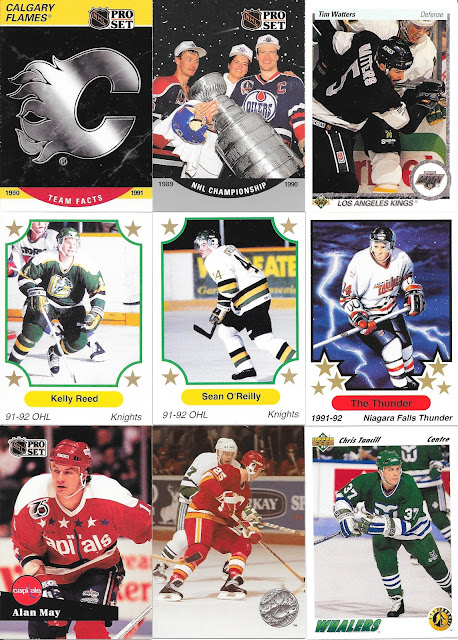 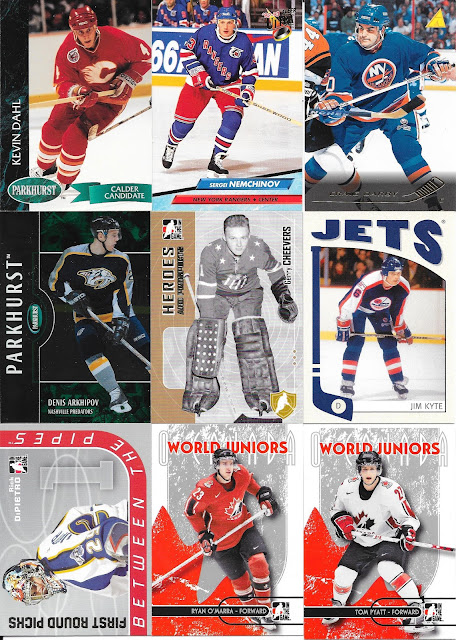 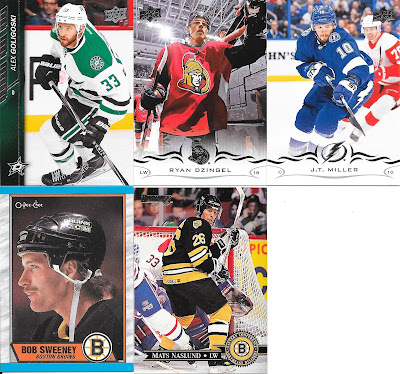 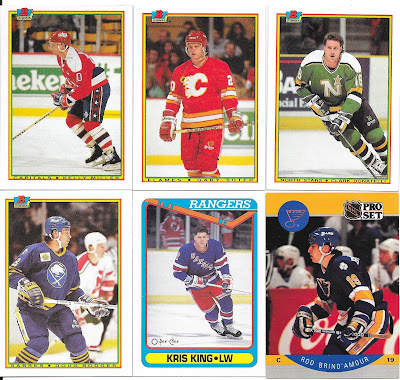 We get the obligatory 1990-91 Bowman cards as well as Pro Set from the same and following year. The cards of interest, at least to me, are whatever falls between about 1995 and 2015, which is typically not a ton in these repacks, but they usually provide some interest.
Here we get a fair amount of Be A Player and In The Game set content including the first 2007-08 World Junior cards I have seen in hand.
There are some set keepers though... 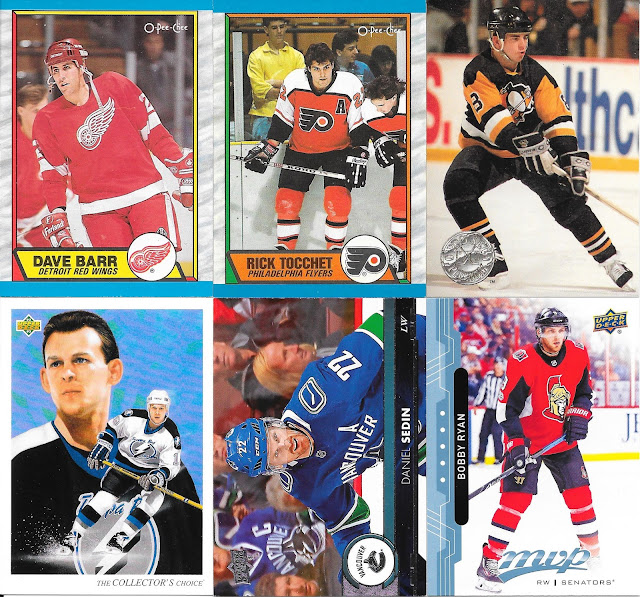 Never going to complain about 1989-90 O Pee Chee adds, or the snazzy Bobby Ryan from the MVP factory set. I just find it an interesting task to piece together the factory set version as enough must be pulled apart and out there in order to collect them back into a set.
Inserts and the like for keeps...

The In The Action, we need to single out. So these All Star cards are supposed to be serial numbered to 10, but as seems to be prevalent with these repacks of late, this must be one of the extras printed "just in case". Curious to think of whether they only print 10 extras (one replacement each if needed) or maybe 100, because you never know. I like to go with the 10 to think this is really a scarce card.
The 1998-99 Be A Player (a set I hadn't seen before), is actually a parallel set version here, so works for me...oh and a newer O Pee Chee Update series retro versioned card which again, parallels count for me so, sweet!
Lastly, the Leaf content... 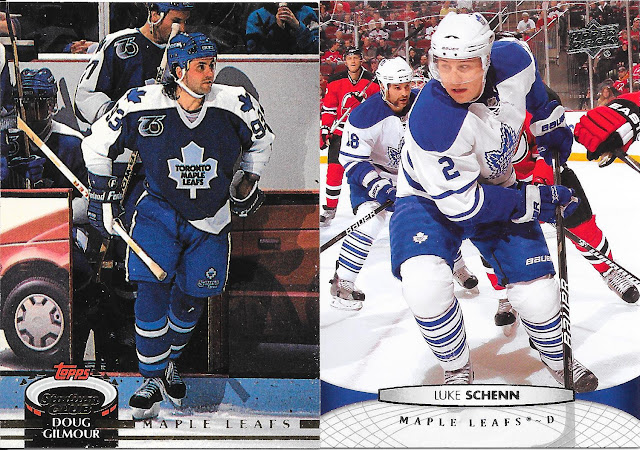 We get a bit of both sides, Luke is a fourth copy, while Doug is actually a new one for my collection as I get close on the 1992-93 team set.
So let's try and score this one with the scoring system...
In trying to be a fair in judging the longer odds cards, I was able to find the O Pee Chee retro insert falls at odds of every 60 packs of 2018-19 Upper Deck. As for the couple promo cards including the no SN, SN In The Game Action card - no real odds for those, so I'll say 10 for the Press Release and call the no SN, SN card an "error" so call it 50.
40 cards, 197 Points.
A really solid score which actually doesn't surprise me on these hockey ones because I do find there are usually a couple quirky or unusual cards which I really enjoy and which are "longer odds", such as the All-Star no SN SN card and the 2018-19 Upper Deck Retro insert. Not sure if this is because the baseball packs are more properly sorted over and they do a better job removing similar type cards - or if there are more sources they get cards from that have such cards in for hockey compared to the baseball card sources.
Posted by CrazieJoe at 8:00 AM