Quick side topic to start - I have been getting the recently purchased lot of cards together and a little organized (meaning more properly in boxes without really looking at anything yet). I will say, there are three binders which, having taken the cards out, have a smell to them (likely cigarette). It isn't horrendous, but noticeable.

It made me question whether the boxed cards were similar, but if there is any such smell - I can't detect it. After spending 10 minutes smelling my cards, smelling the new cards, going back and smelling my cards again, smelling old ones, new ones, red ones, blue ones, I think the old smell on the new cards is fine, just different. There is no visible issue with any of the cards at all (save the few that were bent, etc due to poor storage), so it's not like anything is really wrong with them. "Old" smelling, meaning maybe a little attic-y or "stored" if that makes sense, but nothing more than that. I have had those types of cards before, and now I couldn't tell you what use to have that card when smelling my collection.

For the "smoke" smell of the binders, I'll try a couple things to damper the smell, especially since I have time before I start going through these, but I don't think I need do anything about the "old" smell.

Let me know if you have any thoughts on the matter.

I've talked here before about the fact that most athletes looking to be in the top tier of a professional sport don't turn out to be superstars. Not everyone will be a Connor McDavid or Sidney Crosby. Heck, the odds of getting to the elite level of the major leagues, NHL, NBA, etc are minuscule to begin with. The teams need to dress full rosters, so plenty of guys are able to play solid careers and be a part of the team, but may not be that superstar - or heck - even remembered for much. 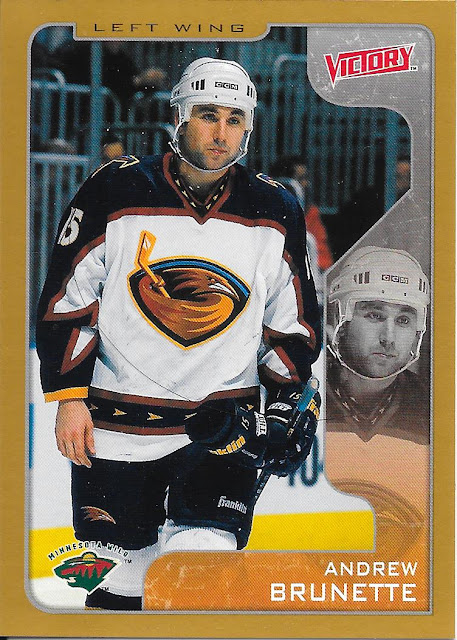 A career started in the NHL in 1995 and that went through 2012 - and I honestly can't remember much of his accomplishments. I don't mean to slight Andrew as it probably says more about my time really following hockey, and how it wasn't every player and every team through most of the period. Also the fact that, he wasn't playing on teams I ever really cared deeply about when I did follow.

A career that was spent in Minnesota, Colorado, Washington, Atlanta, Nashville and Chicago, he had over 700 points in over 1,100 games. I am sure I saw him plenty through highlights and scores, etc, but no specific memories of his play really stand out to me.

He looks so dejected at this on his card...sorry Andrew. 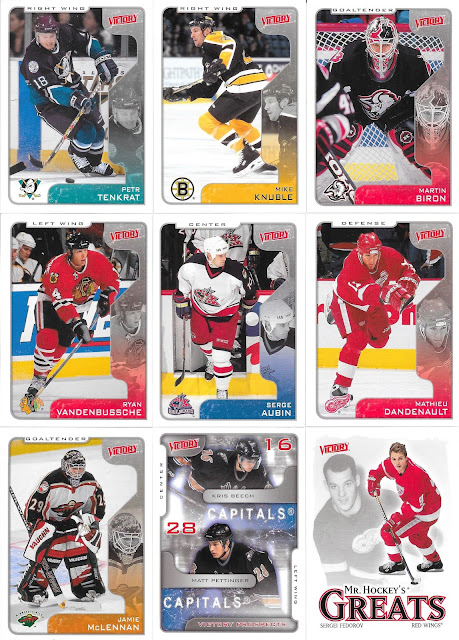 Then there are superstars who do burn memories and moments into your mind as you grow up watching sports. Sergei Federov had a few of these, but as a Leaf fan, I can't say any are specifically good memories as they usually involve his battering my poor Leafs...

Let's keep with the hockey theme in ending today with some of the Leaf additions I received recently from www.baseballcardstore.ca - with a friendly reminder - if you like cards for a dime - check them out! 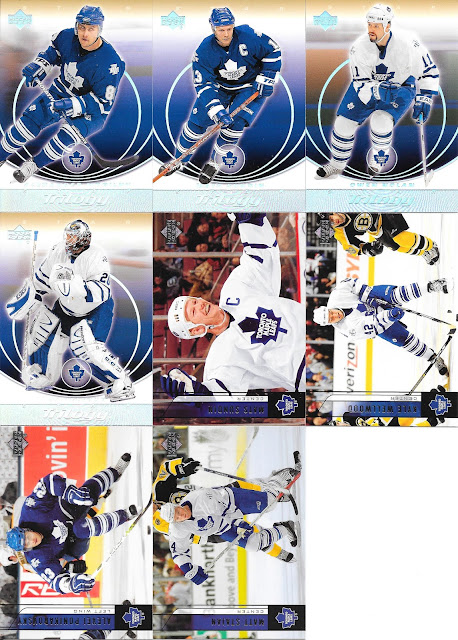 Chalk it up under the things I learned today - I didn't realize Trilogy had sets back in the 00s (this one being 2003-04), and here is solid proof with 4 cards from the set for me. Not only that, they include three of my faves from the period - Mogilny, Sundin and Belfour.
The second part is some 2006-07 Upper Deck base which pretty much complete the non-subset, base Leafs. 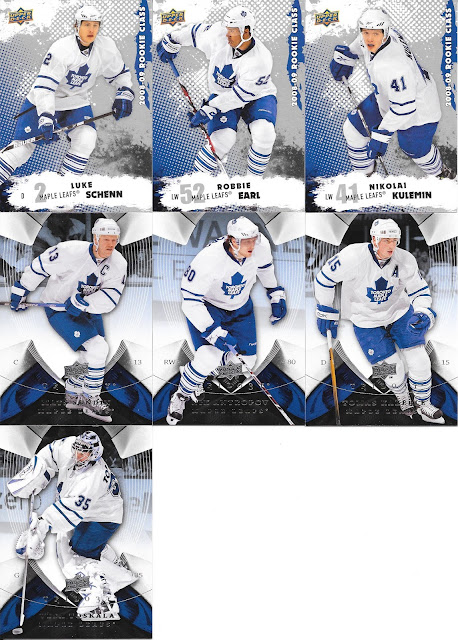 The top row here is the Leaf content from the 2008-09 Rookie Box Set from Upper Deck. Schenn and Kulemin went on to solid careers whil Robbie Earl had 9 games with the Buds and then parts of two seasons with Minnesota, but otherwise spent his time in Europe and the AHL.
From that same year, we then get some more Trilogy cards - another first for Leafs being in my collection from this set, and again, we get a good handful with Sundin leading the way. 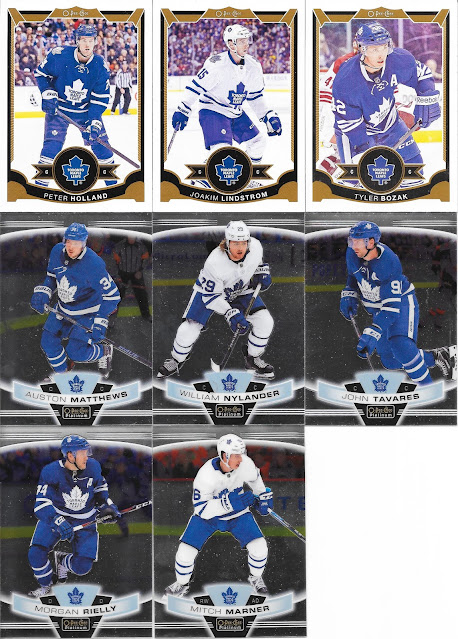 We end the sharing today with a couple newer O Pee Chee sets that get some assistance in my collection. The regular 2015-16 O Pee Chee (top three cards) are classic O Pee Chee in design and feel. If the sets were smaller, I'd collect more O Pee Chee sets, but they, at this point, are too large for me to focus on when I have a ton of other sets slowly on the go.

The 2019-20 O Pee Chee Platinum, are some really nice looking cards. I like the design and look in hand, much better than they scanned here. Not to mention, you have all the Leaf top guns here.

If this was the last of what was sent, that would be great, but there's still plenty more to share another day!