Well, bound to be days like today - nothing in here for me. Doesn't mean it can't be interesting though, flipping through a random stack of 50 cards. Well, somewhat random as there are "chunks" that show up. 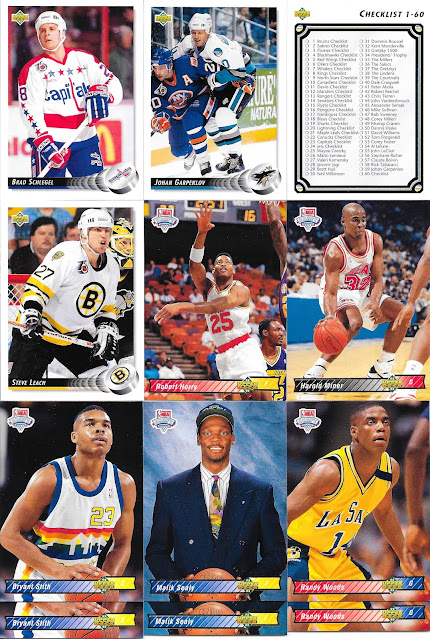 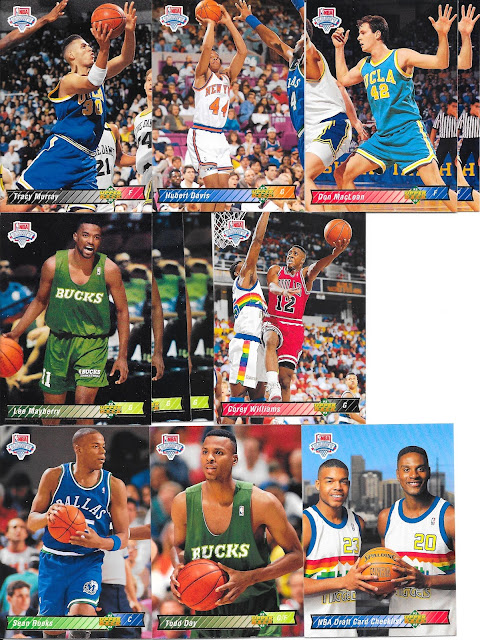 No border, limited design on the front - alright overall. 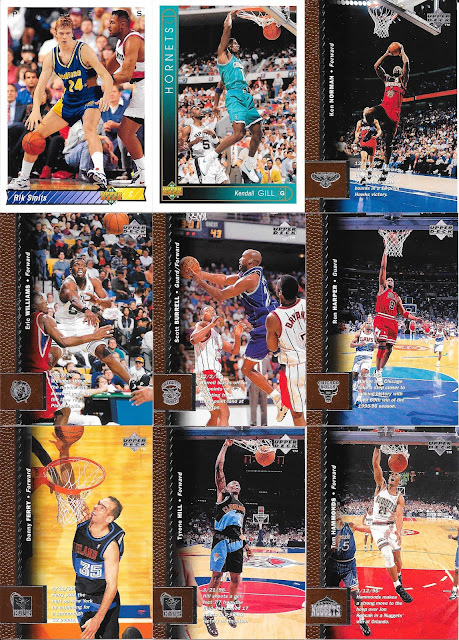 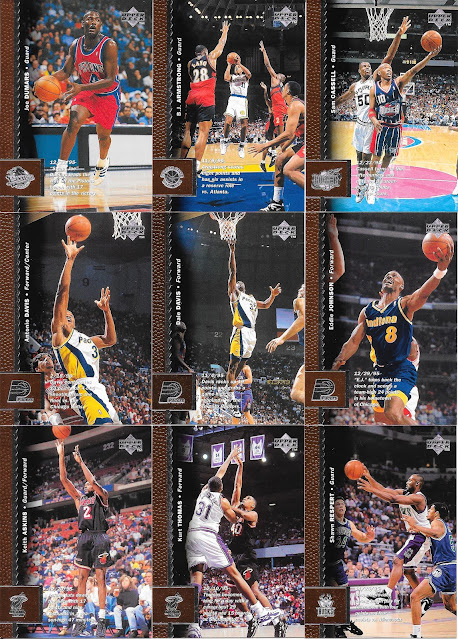 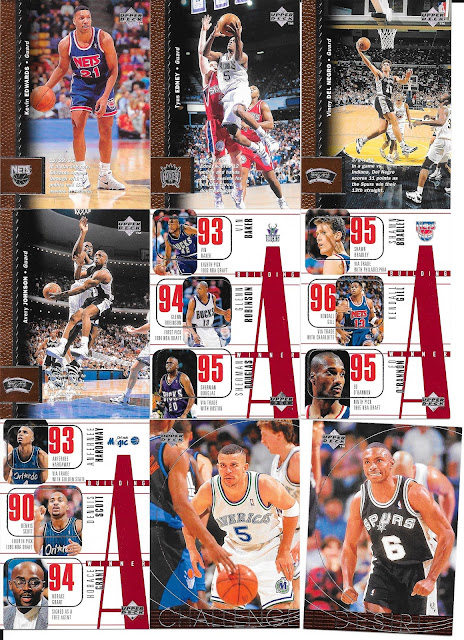 We generally stick to Upper Deck and basketball for most of the cards, ending with a bunch out of 1996-97, which we have seen a bit of before, but we end with the first subset cards of "the game in pictures" as it says on the back. Jason Kidd and Avery Johnson. I will say, I did at least recognize Jason Kidd. 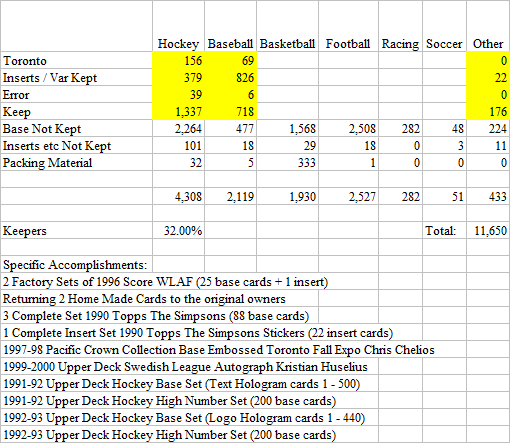 Let's end with something I will actually keep with a PWE trade with another new trade partner tucha from TCDB. I send off a bunch of O Pee Chee hockey cards for the cards below... 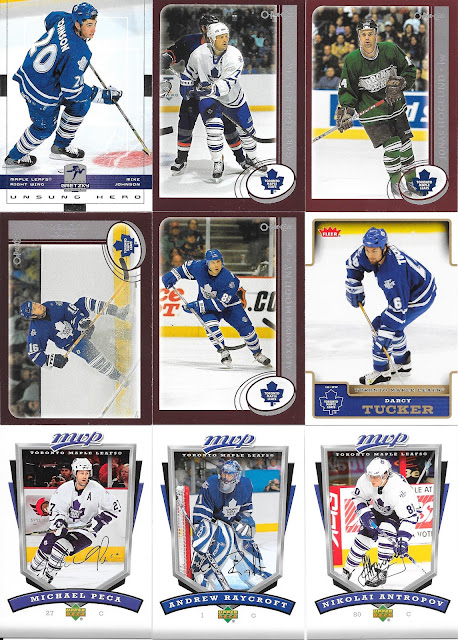 Some great Leafs add - though the Jonas card between the brown border and green jersey definitely doesn't scream "Maple Leaf". With the MVP cards, I don't mind the faux silver script used with this design, it doesn't take away from the cards.
Wasn't just Lefas - have some help for a set... 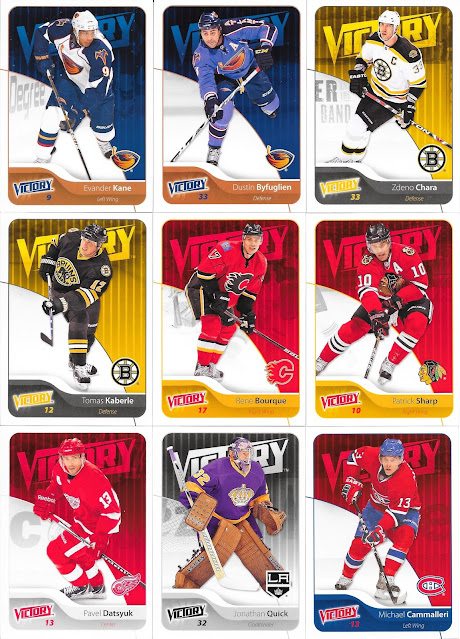 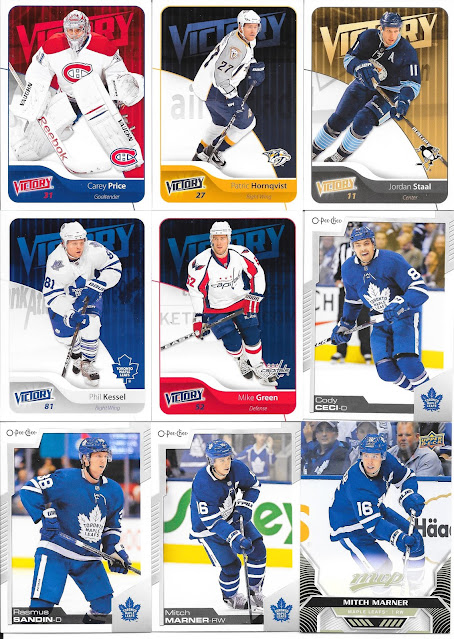 2011-12 Victory is not high up on the list of sets I am chasing down to finish, but I do have a solid part of it already, and this helps well on the remaining. The contrast on the Quick card between the old school yellow and purple and the black/grey really makes him pop on the card.
We also end with a few newer Leaf cards including more Marner who I enjoy almost as much as Authon.
Another appreciated trade!
Posted by CrazieJoe at 8:00 AM