I guess the other day was a little bit of a glimpse, like an appetizer, while today is the meal. May not be huge variety in the 2000-01 McDonalds cards here, but still like to see them. 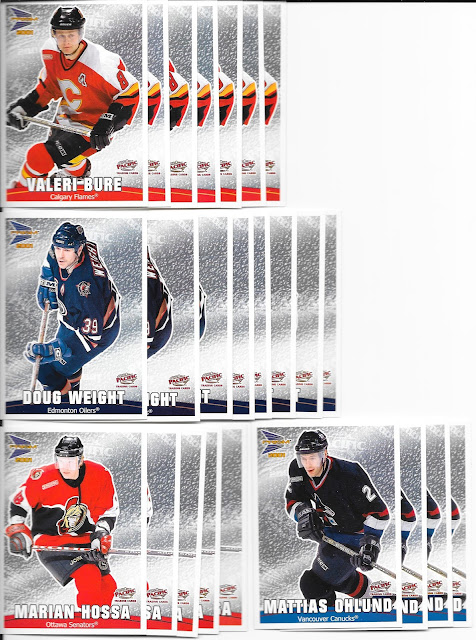 These are again, all checklist insert cards, and as you can see - a few copies in some cases. 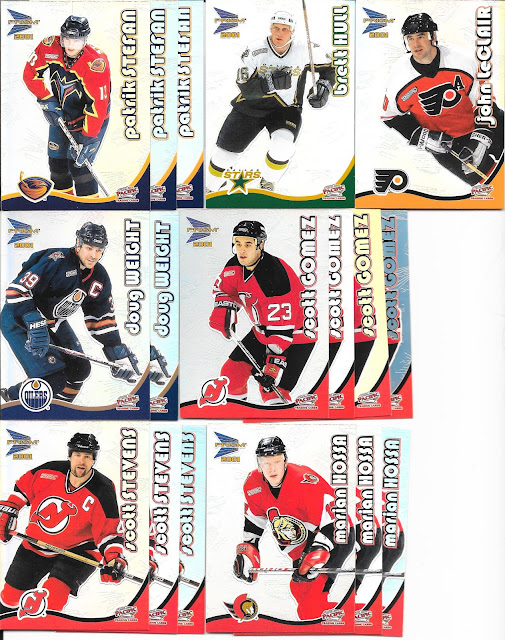 Same with the base cards as well. Having 30/36 base cards, I didn't end up needing any of the base cards either which is a shame, as I was hoping I might finish the set off.
At least with the copies, and how they scanned, you can see in some cases the different colours you get from the gloss they put on these base cards - these are all base cards with no parallels, like the blue ones. 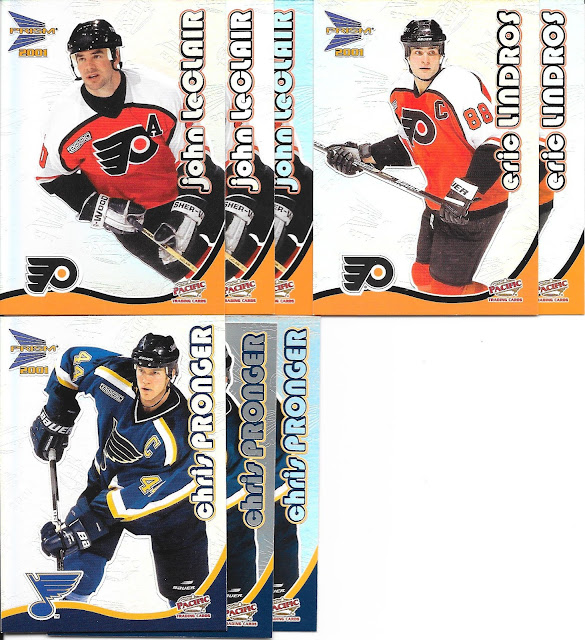 All these sweet McDonalds cards and I only keep one... 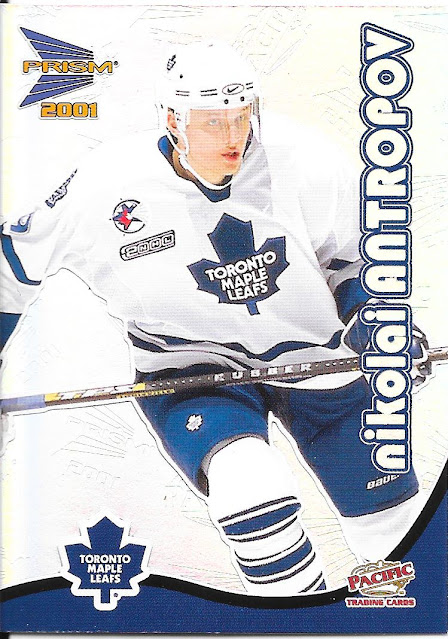 Nikolai was fairly early on in his NHL career at this point, and he spent most of the career in Toronto (9 seasons) before making a few other stops with a few other teams before retiring after the 2014-15 season which he actually spent in the KHL.

Too bad for Nik that his time with the Leafs was during a significant down period for them where they barely ever made the playoffs, and never really had much team success. 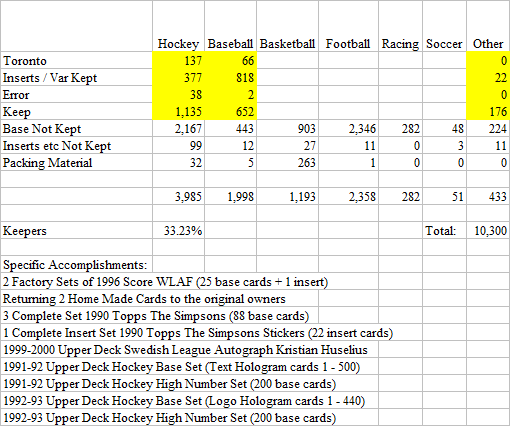