Let's first start though with the base card additional as we get some more help in 1994-95 Score hockey. 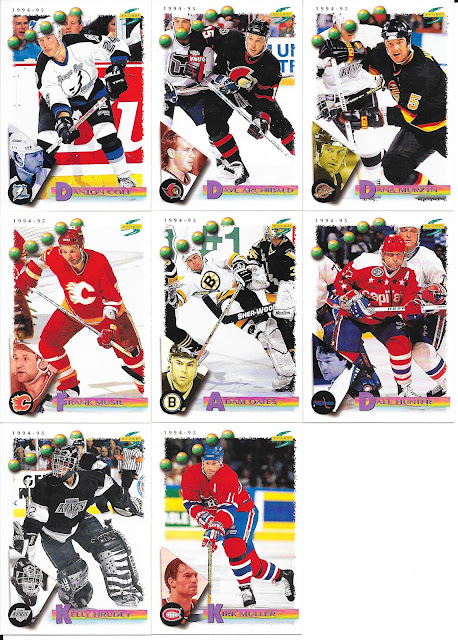 At this point I am closing in on half way complete on the 275 card set, all of which outside of the Leafs, are cards picked up from this lot, so that's cool. Interesting fact that, the reason this set is only 275 cards is because it was really supposed to be series 1 with series 2 cancelled because of the lock out of 1994, and it was replaced instead by Select on the card release schedule.

Though some stars are missing from this set, probably being saved for series 2, there are still solid stars like Adam Oates here. 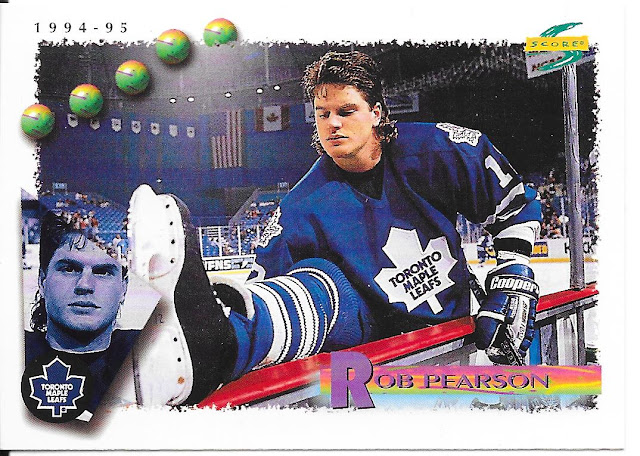 I know I've shared a similar photo'd card that was more recent, but can't remember who it was. Can't put my finger (or foot) on it. Still a nice and different shot, but that's going to bother me until I remember the other similar card. 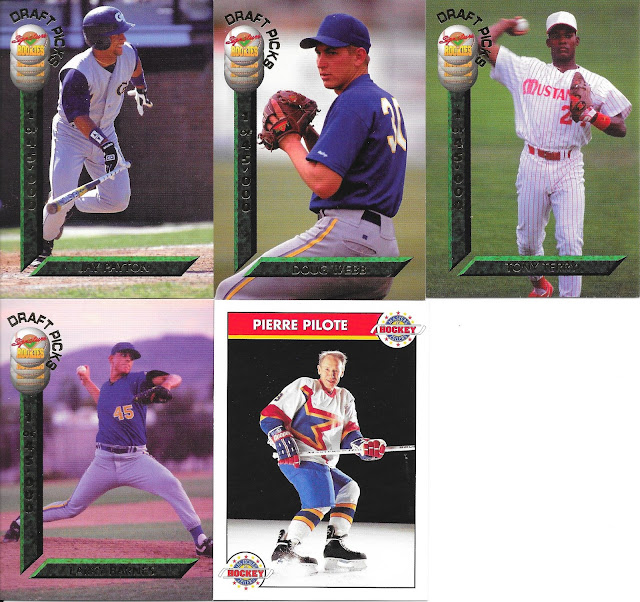 Here we go with some print run keepers, and a Zellers card too. We saw a few of these draft pick cards before, and as I say, kind of my limit for going back to "minor league" level cards. At least these are draft pick recognition to show who they were drafted by, so I can live with keeping those.

As for the Pilote, that is a very cool Zellers card...remember Zellers? Zellers was a store chain that was nationwide in Canada as a kid, though back in 2011, Target bought up most of their leased locations in Canada as the chain essentially liquidated then. In researching now, I found out that parent company, Hudson's Bay actually kept a couple locations open until January of last year as liquidation stores for The Bay whereas I thought they were all gone back in about 2013.

Anyway, Zellers have small Masters of Hockey sets for a few years in the mid 90s - each being less than 10 cards per set, Pilote coming from the 1994-95 version. 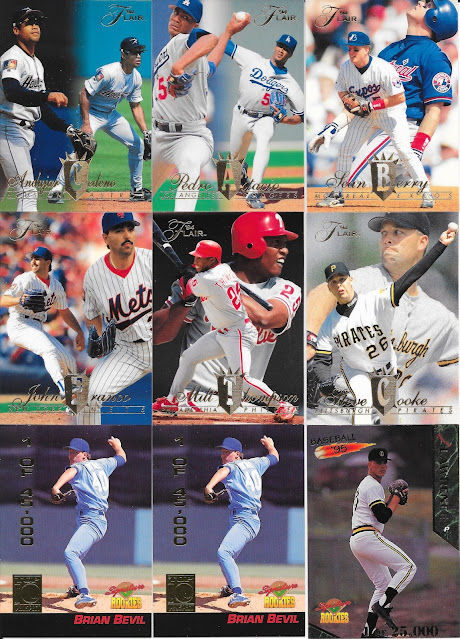 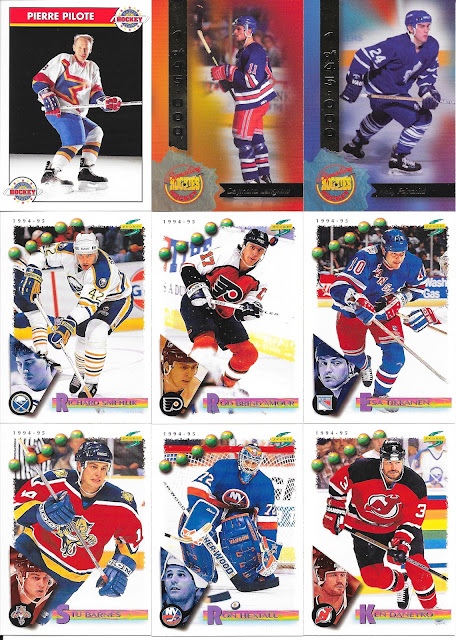 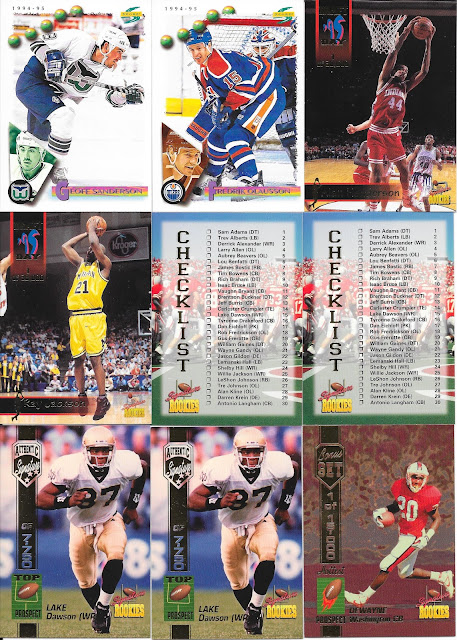 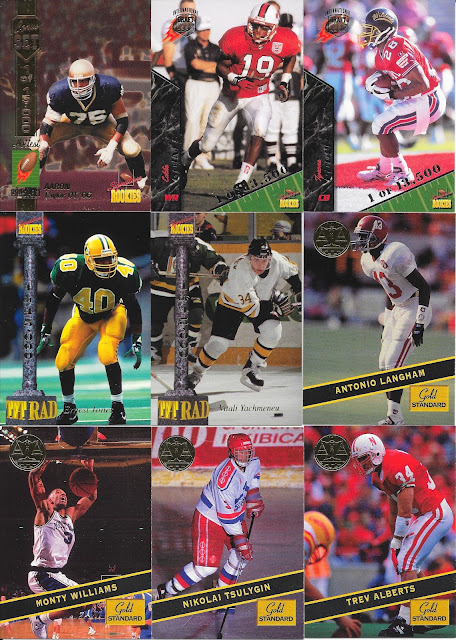 As I say, have seen some of the pre-auto Dawson football cards, the Bevil ones as well, and Flair keeps adding cards so I may revising collecting 1994 Flair by time this lot is done.

A fun run on the cards today!