So I guess today is when the collation in this box falls off a cliff as here are the duples in the 10 card pack today... 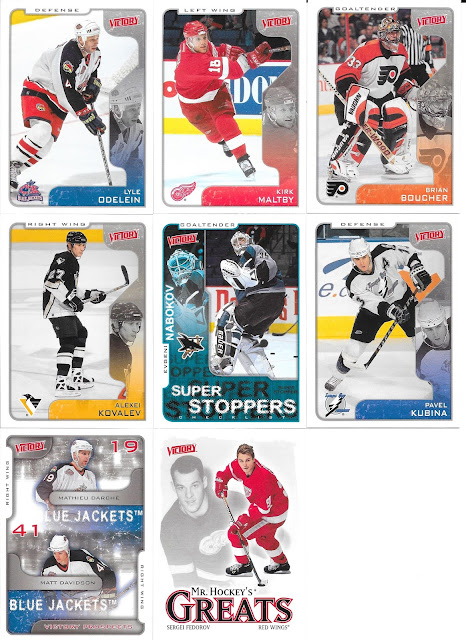 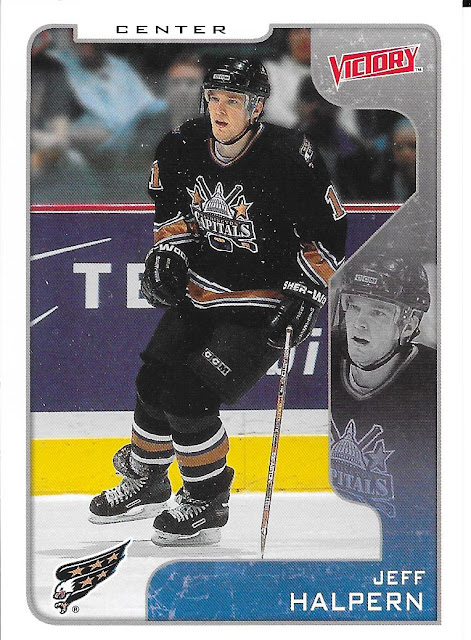 Halpern here is the only new base card for today. With a 14 year career that spanned Washington, Tampa Bay, Dallas, the LA Kings, Montreal, New York Rangers, and Phoenix, he found his way a round to a number of teams over this time. He was a decent centre, though never really a first line guy, he did have one interesting feat which doesn't happen to many guys. In 2007-08 he managed to play in 83 regular season games. Since the season is only 82 games, can see why that is unusual. It happened because he was traded from Dallas to Tampa Bay mid-season, and just so worked out he played an extra game due to the timing. 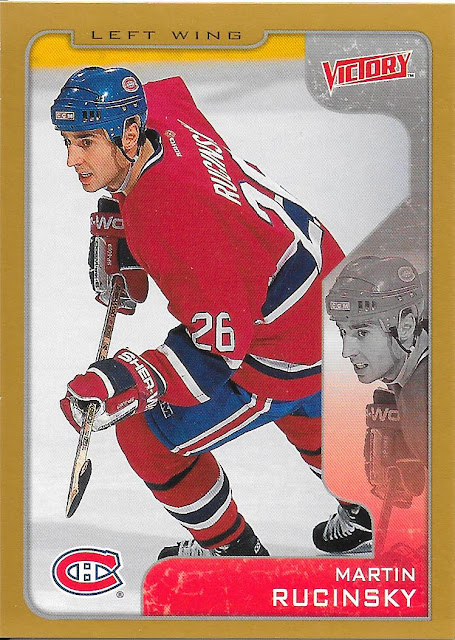 At least we have yet to double up on any of the gold border cards - now THAT would surprise me since there should only be 18 in the box of 36 packs, and given the 450 cards or so for it, that would be unusual.

We can end today with a jumbo trade. Okay, not jumbo in the cards - but that they are generally variations from jumbo packs. 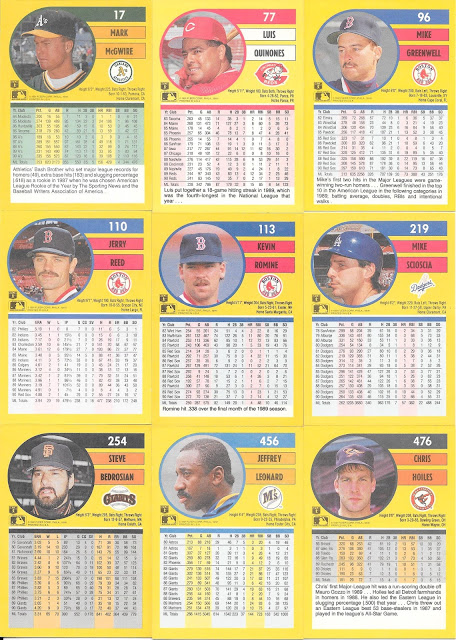 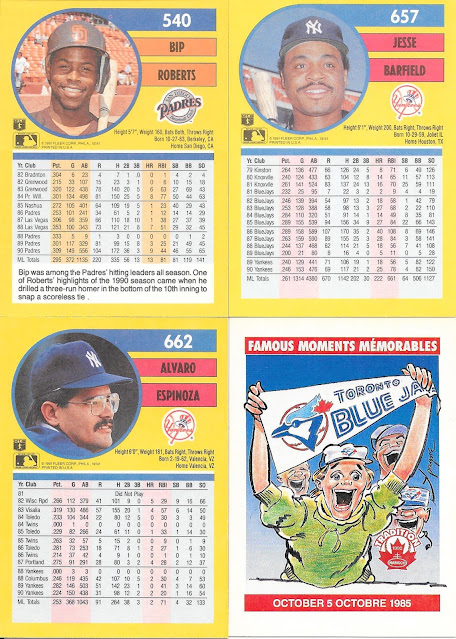 My trade with TCDB member bassmon was for a bunch on Fleer variation cards (small things like text) and a single Nabisco card. The variations will go in the error/variation binders since it wasn't the whole set, just some of the cards as I refuse to collect 4 sets of 1191 Donruss.
Appreciate the trade as always, and the opportunity to get rid of a few cards too!
Posted by CrazieJoe at 8:00 AM