The odds of getting one of the SN'd high numbered (last 40 of the 140 card) base set are every 9 packs, so I was starting to wonder where mine were, but finally got one... 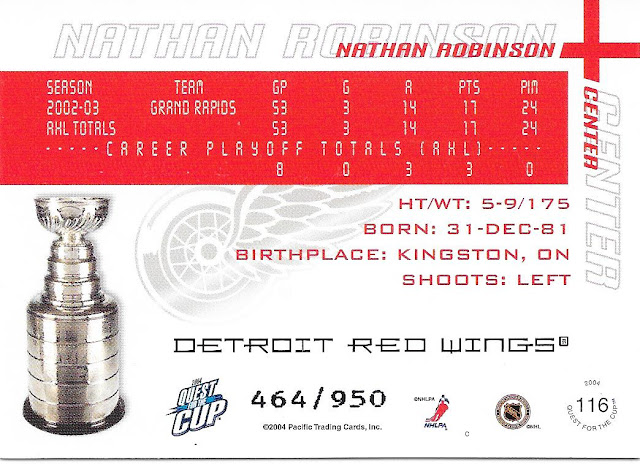 I don't mind these printed ones, but do like the imprinted serial numbers better - except for the fact, depending on how packs are done, you may be able to pack search for them.

My most interesting take away from this card - every reference website I find say he is from Scarborough, Ontario, Canada (even though this card says Kingston). Scarborough being where I grew up and lived from about 1987 through going to University in 1999. Heck, Nathan is only about a year younger than me too.

See to be on a streak in this pack as far as "red" border teams go. 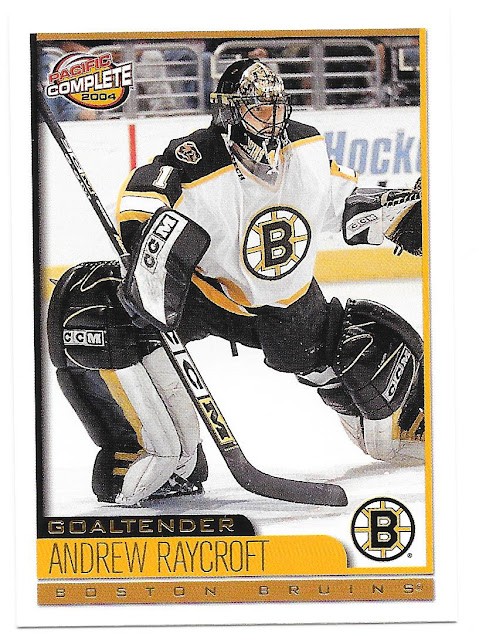 Here's another example of Boston taking advantage of us poor Leafs. Andrew started off well enough in Boston, comes to Toronto for a couple years and doesn't pan out. Ah well Toronto only traded away one guy for him...Tuukka Rask. Yeah - that turned out about fair between the two teams didn't it? Ummm....no.
Had almost forgotten about that one...thanks for the reminder Raycroft.