Some Wingers With That

Today's 2001-02 Upper Decik Victory pack brings us a couple wingers for the base set... 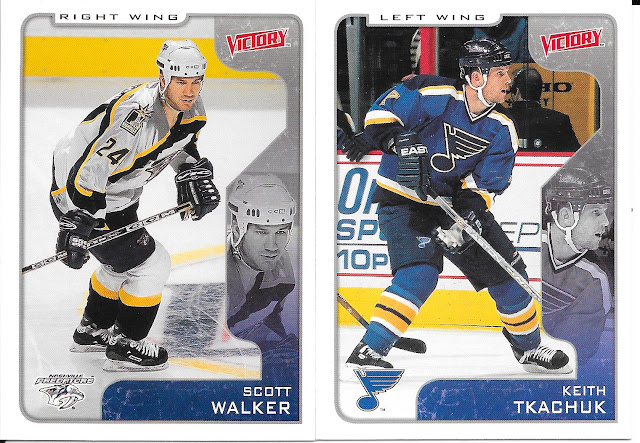 and that's it for additions.

Keith Tkachuk was one of the main cogs for the Jets in the 90s - that's how I remember him most. Interesting fact - he was traded to Atlanta by St. Louis, played 18 games with them, and then ended up being traded back to St. Louis for a first round pick. Talk about a short stop away. He did end up playing almost twice as many years in St. Louis than Winnipeg, but I definitely paid more attention to his career while he was on a Canadian team. 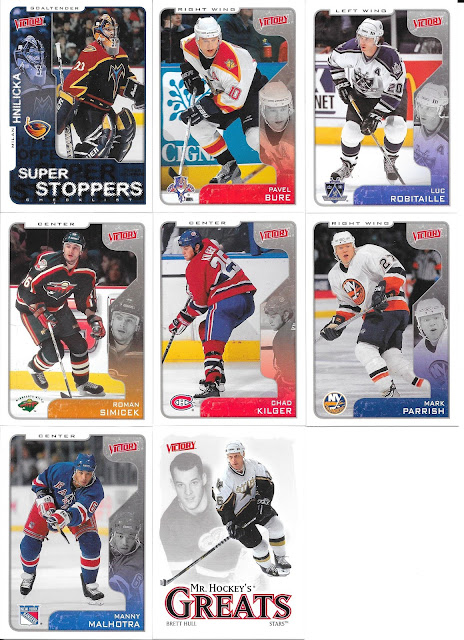 Dupes galore here, but still some good ones like Bure, Robitaille and Hull