I never thought, when I started working through this box of 2003-04 Pacific Quest For The Cup, that so much o the product was goalie focused, but it sure seems to be that way.

Not necessarily a bad thing, just more an observation. 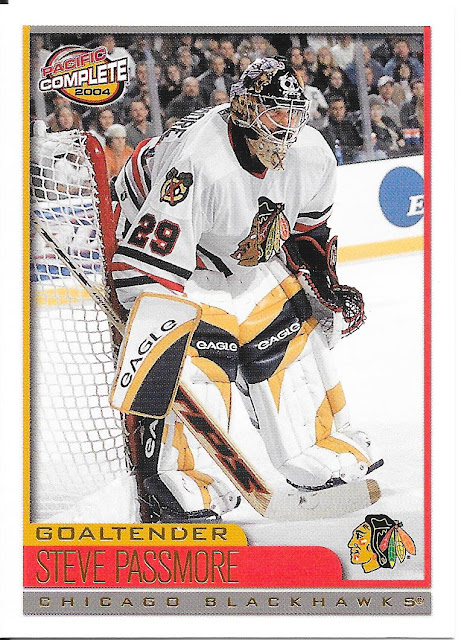 Steve here spent most of his NHL career in Chicago in the 1999-2004 years, but as a back up goalie having 73 games with them over this time. Much travel between the NHL and AHL throughout his career, and couldn't quite stick in the bigs in a big way. Probably explains in part why the pads are specifically Blackhawk colours consistent.

He iosn't the only goalie here though... 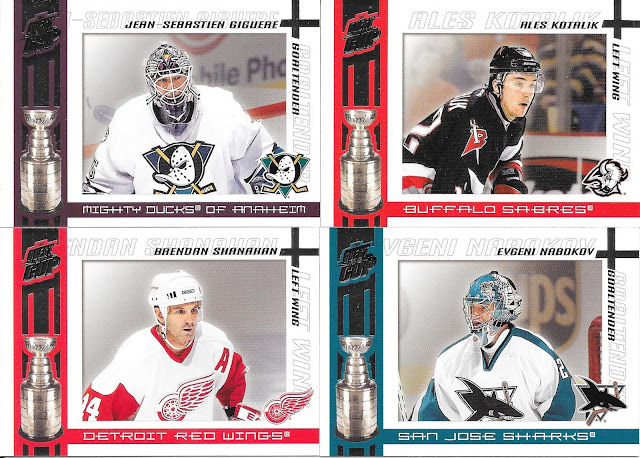 Definitely a goalie hot pack, but just overall, seeing plenty of goalies. Again though, would be much better on these base cards if we could see a more full picture - lost in part doing the horizontal design.