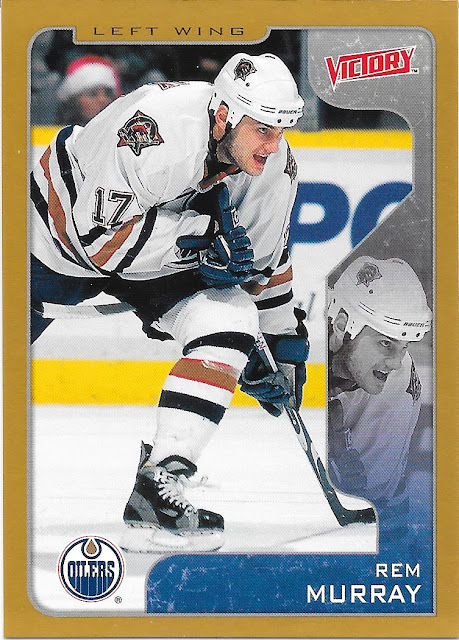 How can your first thought after seeing the card not be the band R.E.M. if you have ever heard of them before. Can't say I can think of any other people I know named Rem.

Well, this is another addition for the gold parallels highlighting today.

A couple interesting tidbits about Rem. He actually had three different numbers that he played under during his tenures with Edmonton - 17, 16, and 22. He had to give up 17 when Edmonton retired the number for Jari Kurri, and 22 was worn when he returned for a second stint with the team because 16 was already taken at that time (by Jarret Stoll).

Secondly, he tentatively retired in 2005 because of a rare neck condition however, after some treatments, he was able to return and played through the 2011-12 season, though the last few were outside the NHL. 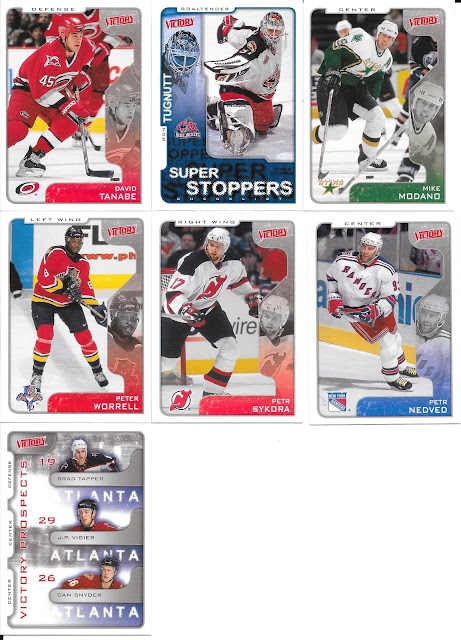 A couple dupes though today, continuing that trent... 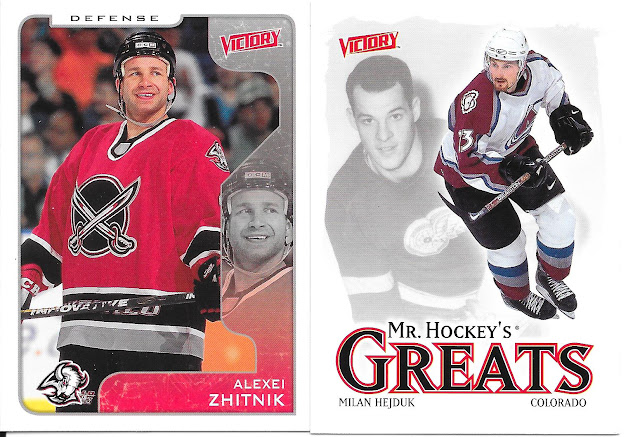 Posted by CrazieJoe at 8:30 AM