The Kidd and The Leafs 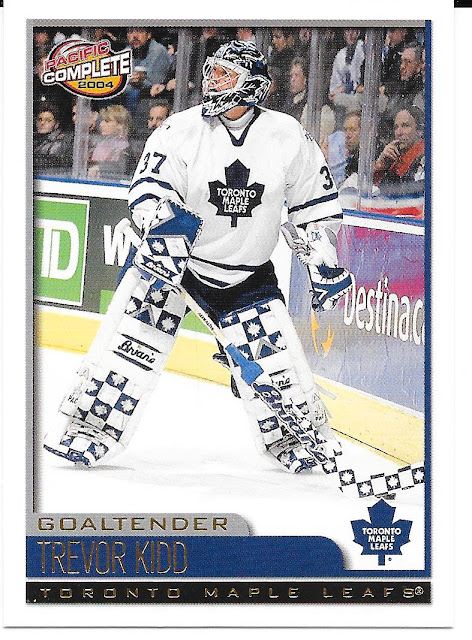 Trevor was a short tenure Leaf, and it was right at the tail end of his NHL career. He came to Toronto in a back up role for 2002-03 and 2003-04 and ended up playing in about 30 games over the two seasons before calling it a career.

His career high point would have been early on and with his days in Calgary, specifically the 1994-95 season.

All new adds, and Brett inappropriately not a St. Louis Blue - never liked him in Detroit.

Was able to get the hockey cards that were sent my way scanned, so let's see what we have from Steven over at baseballcardstore.ca. 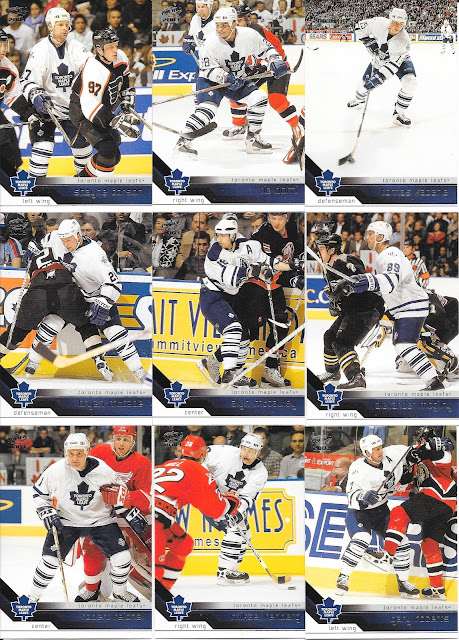 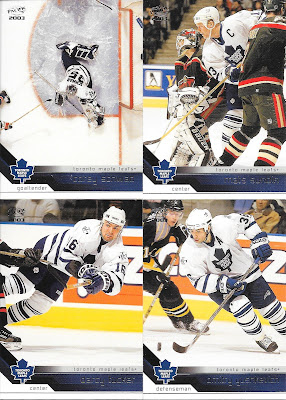 I only had a couple of the Leaf base cards from 2002-03 Pacific, and here Steven was able to knock off the rest of the Leafs completely. Like getting any Mogilny in a Leaf jersey, and always nice to see Sundin, but Schwab wins for best photo with the overhead shot. 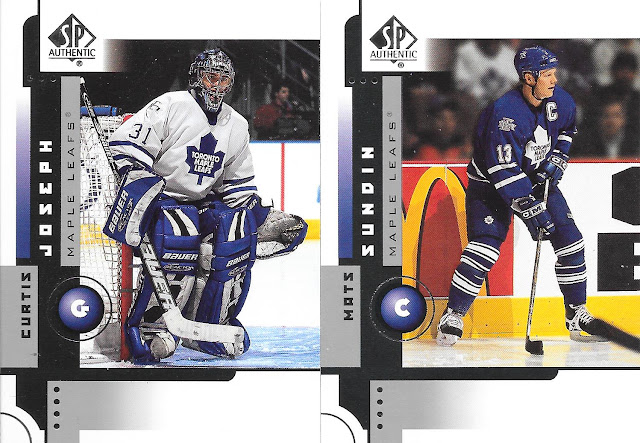 A much smaller base set of only three cards, but these two finish that off for 2001-02 SP Authentic. I am not accounting for the SN cards that are part of the base, but another new Sundin is always great.
In addition to the two completed team sets, there were a few one off insert Leaf cards which are new for me as well.

Another nice Sundin, this taking note of his 500th goal which was an overtime winner, and Felix being a Topps Premier Black Gold insert. As for the Hockey Day cards, I always consider these like a special release, so not really an insert or such, but now I have the one Leaf card from it - even if it is Dion.
The rest and a smattering of other new Leafs for my collection... 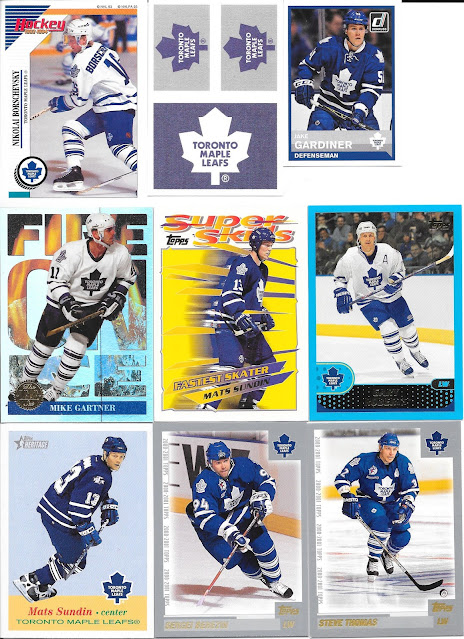 A great variety, and some more Sundin cards, with the Heritage being done quite nicely, even if it is a little minimalist with the background. 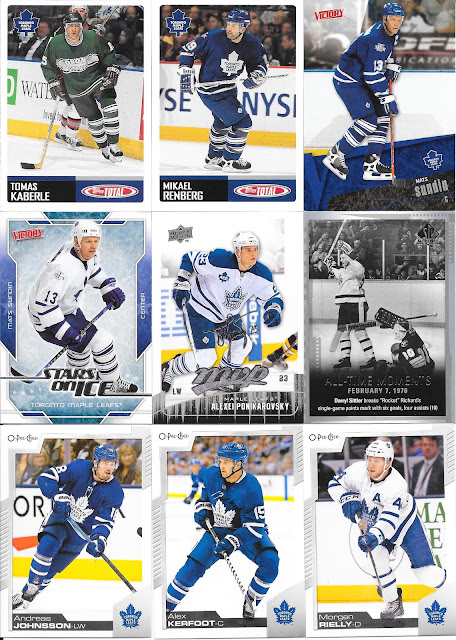 Kaberle with a splash of alternate uniforms. I don't mind the green, but in the Leaf binder, it really sticks out. Steven was also nice to send some 2020-21 cards which weren't on my list, moreso because I don't have any and haven't gotten around to adding them, so awesome getting these O Pee Chees. 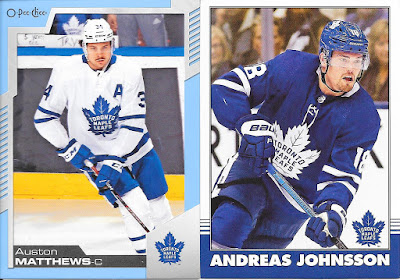 Especially a couple parallels. The Auston blue parallel is really pretty, really like it.

Big thanks, and there's still all the Jays to go!