It isn't a bad thing either being Hatched by a pack. 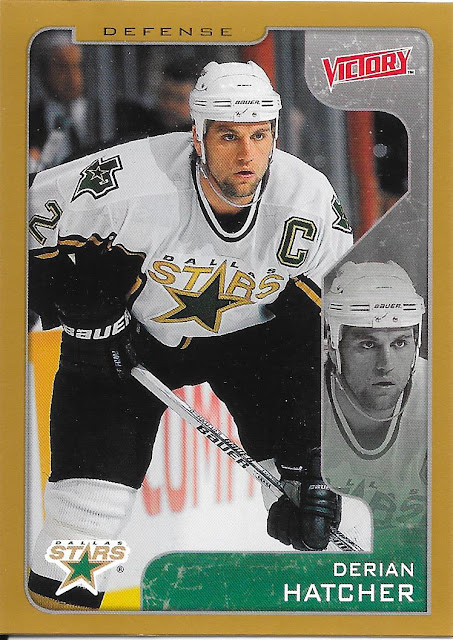 Derian was a solid D man with Dallas (and we can count his start which was with Minnesota) through the 90s, and was part of their 1998-99 Stanley Cup team. He finished up with a few seasons in Philly, but definitely the 90s were his best years.

This pack otherwise turned around things from yesterday as most the rest of the cards were new to me and helped boost the set completion a bit with a single pack remaining. 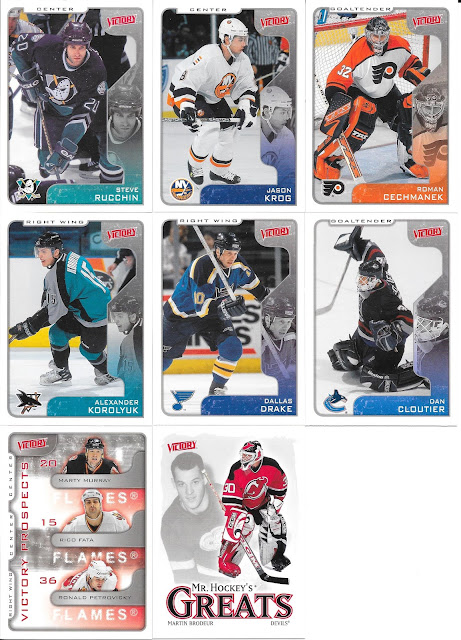 I amy not goalie collect, but they do stand out and can make for a more collectible card. Cechmanek with the full out intimidation pose, taking up the whole net, Cloutier with the attempted stick save, and Marty being Marty! 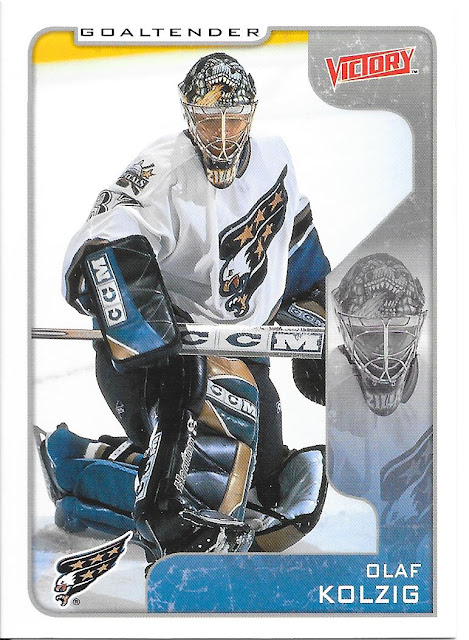 supports the fact that the extra equipment and different look, make for a more interesting card.