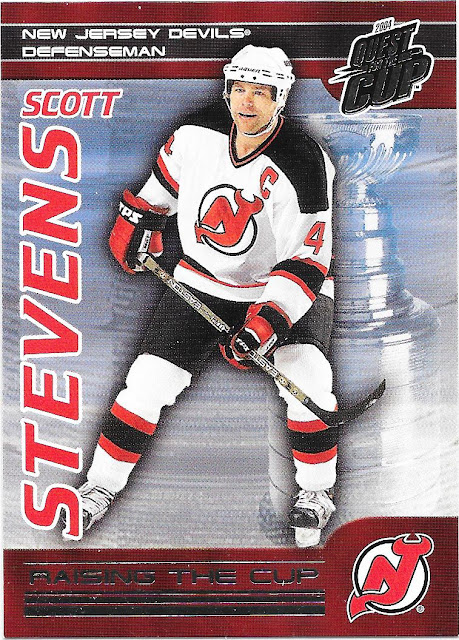 2007 Hall of Fame Inductee and New Jersey long timer (I don't remember much of his Washington days from the 80s as I was a bit young). I remember him being a critical part of the defence in New Jersey and it was that work that helped lead New Jersey to three Cups while Stevens was there.

Definitely someone great to have on the blue line. 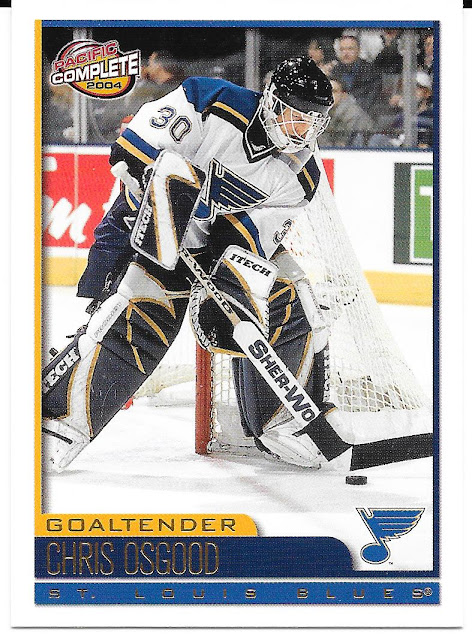 I am sure Osgood would have likes Stevens in front of him - though he did pretty well himself getting 3 Cups over his two stints with Detroit.

We end with three more base additions to boot.

Before ending today, best to get into the Jays cards that Steven sent my way (and just a reminder - check out www.baseballcardstore.ca - great cards, great deals, great people behind it).

Steven was able to pass along cards and knock off a few different team sets all in one got (and provide a few inserts that include only solo Jays). 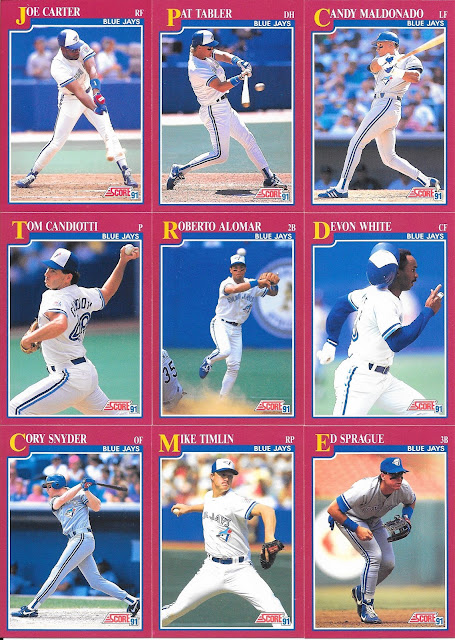 In well fell swoop, we have the entire 9 card Jays set of 1991 Score Rookie and Traded set. Gotta love the speed of Devon White with the helmet coming off. I wonder how many cards he had that happen in because I can think of at least a couple others. 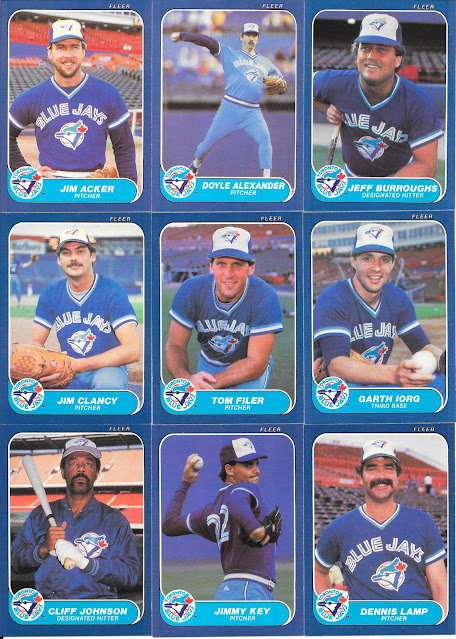 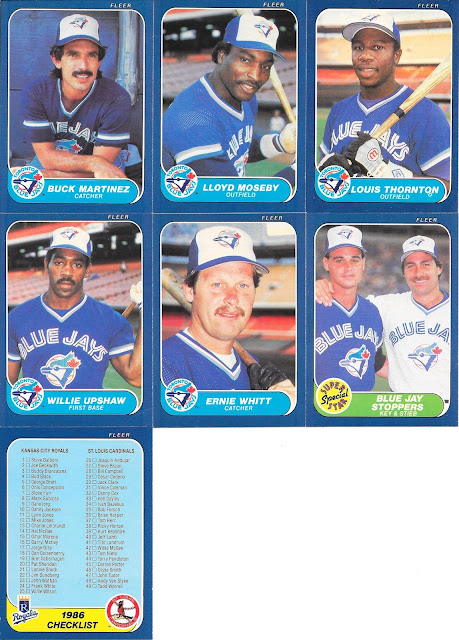 I had a few 1986 Fleer Jays, but these provide the rest of the team set, including the checklist card.
Some Jays greats here with Stieb, Key, Martinez, Upshaw, Acker. I will say, Stieb looks much happier than Key to be in that photo.

Here are three one-off Jays inserts. Have to appreciate Pillar being the first card of an insert set about Wall CLimbers - the many could do just that. 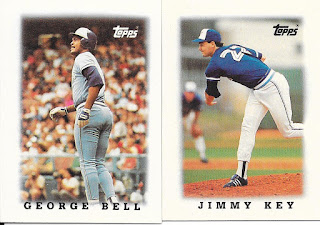 The last couple are nice odd ones with 1987 Baseball's Best Sluggers and Pitchers from Fleer and some 1988 League Leader Minis.
Classic Jay,s classic designs, and great uniforms!

Big thank you as always Steven!