One Is The Loneliest Number

Whether it be that last card in a set, or a first card - the number one in collecting can be lonely. Maybe that 1/1 that doesn't have any friends....or that ebay 1/1.....

Today, the lonely 1 is the single new base card in an almost duplicate pack. 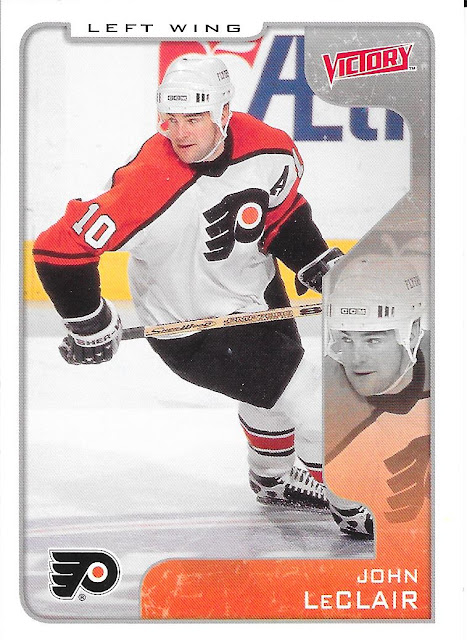 Oh Johnny, I'd like to say this is my first instance of you being a lonely one, but it isn't I remember Joh being the last card I needed for one of my early 90s Score hockey sets.

Always liked John, though never had much chance to root for him, other than I guess when he left Montreal. I definitely associate him with Philadelphia, like here, and think he had his most personal success there, though his only Stanley Cup win was in his early days in Montreal.

The rest of the pack? 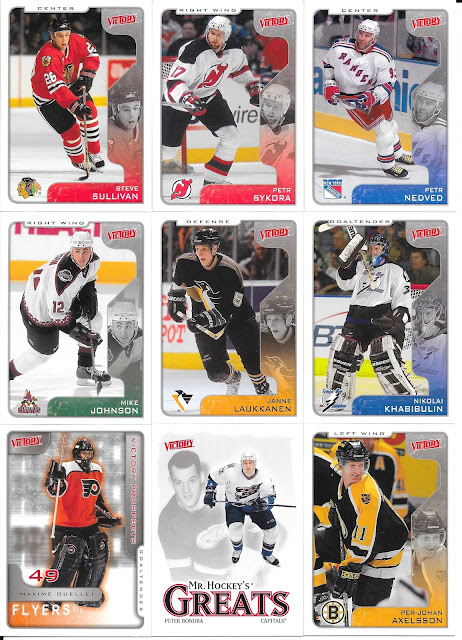 Well, more Petrs with Sykora and Nedved hanging out together again.