Let's Do It Again

So my son enjoyed the cards from yesterday and asked if I had another of the 100 Magic card packs, so who am I to say no!
Let's go through a second one, except I did grab a few other cards from the bunch to be able to show. Just the unusual to see and older ones, along with the artifacts of course. 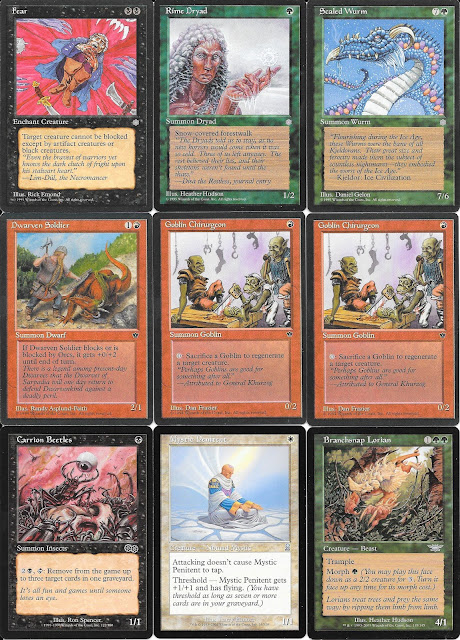 Are these cards worth maybe a quarter at best? Absolutely! Will you probably not be able to sell them for more than a couple pennies? Probably. Did I have a moment of awesome nostalgia when I saw the Scaled Wurm because back in 1995 when I was playing a green deck, he was one of the big baddies I played with? Darn right I did.
Love that there are even a few Fallen Empires cards circa 1994 in here. That set was horrible at the time and held pretty much no value right through until this year when it has finally picked up a bit. 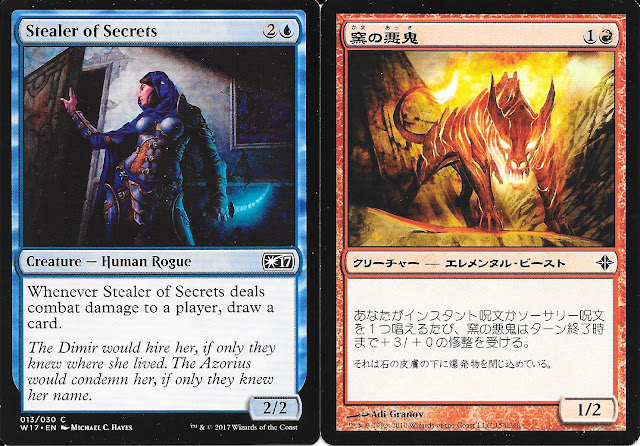 These two were interesting for very different reasons. The Stealer of Secrets, I didn't recognize the set symbol - apparently there was a 30 card started set that this was part of. Now I know.
The other card obviously isn't English. More of a surprise to have it in a repack since there aren't tons this way. You can buy Japanese of Chinese boxes and some others at 401games, so I know they are around a bit, but still a surprise in the repack. 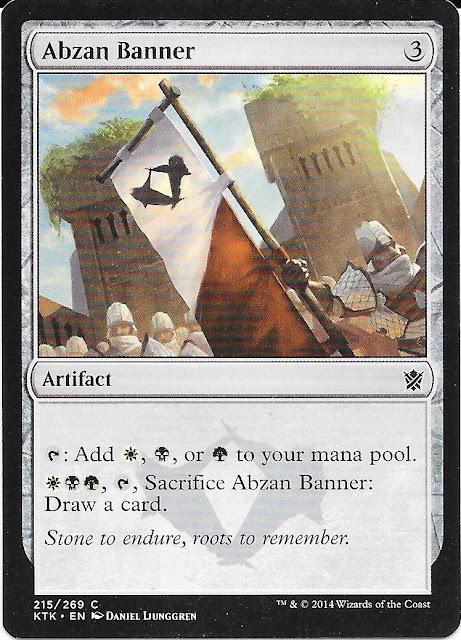 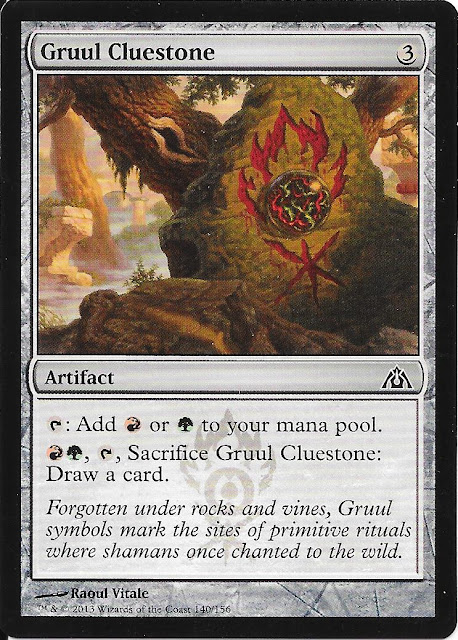 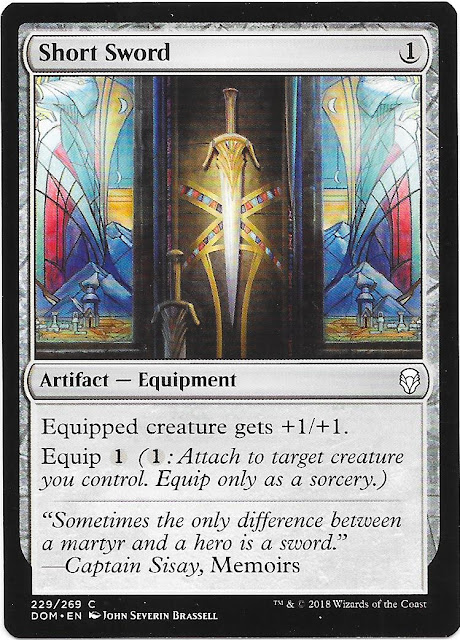 A simple way to add a little beef for a creature. 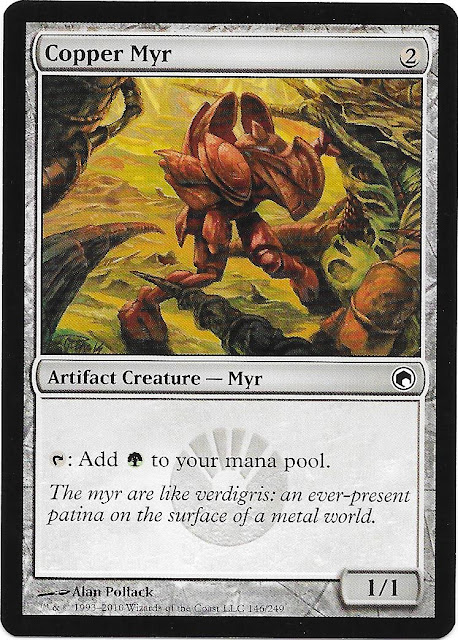 2 mana to cast given the ability, otherwise a typical 1/1 for 1 to cast. 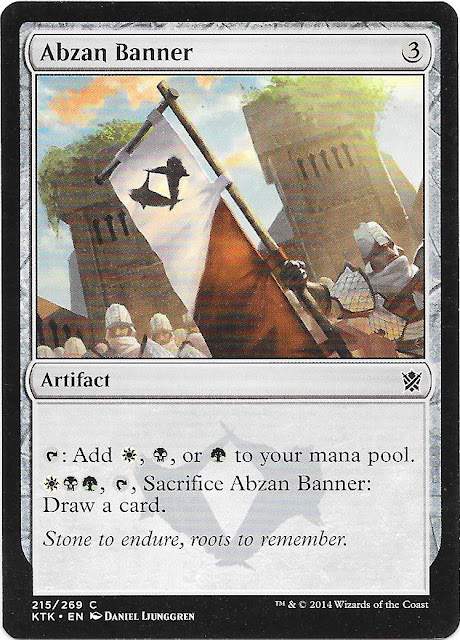 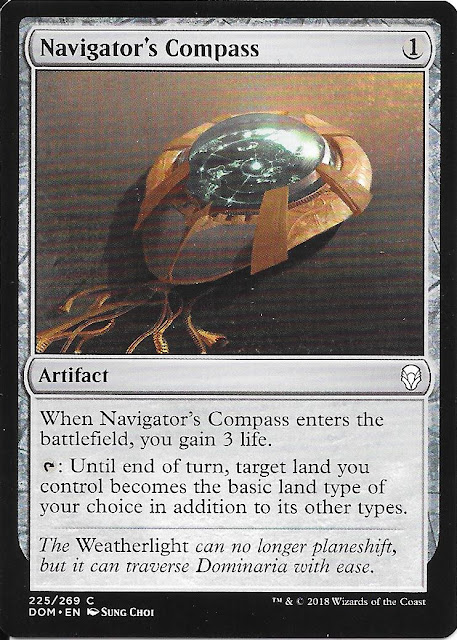 If nothing else, one mana for three life isn't too bad. 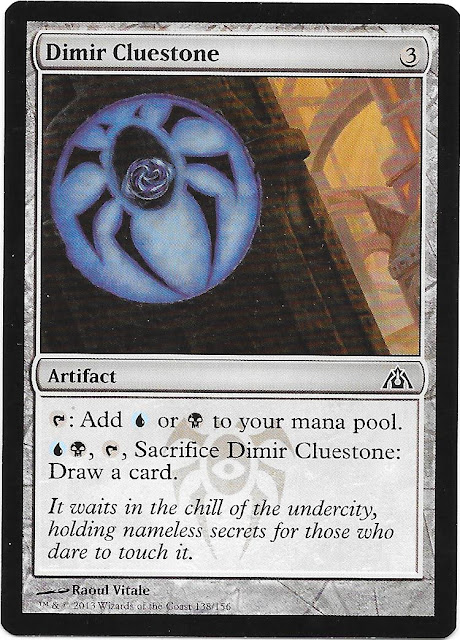 More mana options!
The artifacts are nice, but the older cards were the surprise hit of this repack. Too bad I don't have any more....on to something else tomorrow!
Posted by CrazieJoe at 8:00 AM