Just the other day I brought up his name and lo and behold, we see Jarome today... 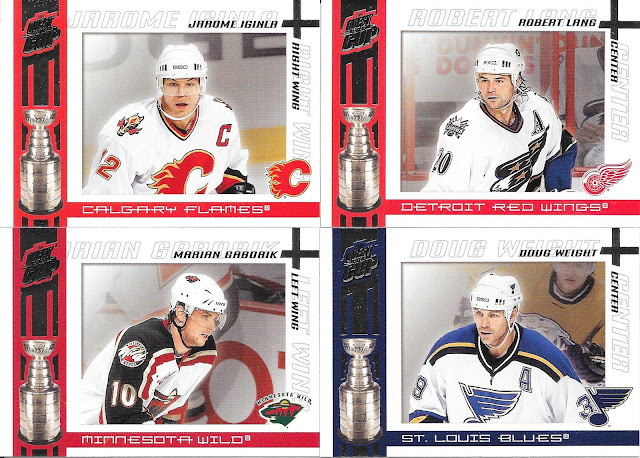 At least, since we are dealing with 2003-04, we still get him in the proper Flames attire and catch up with Jarome before he started bouncing around in his attempt to get a Stanley Cup ring. 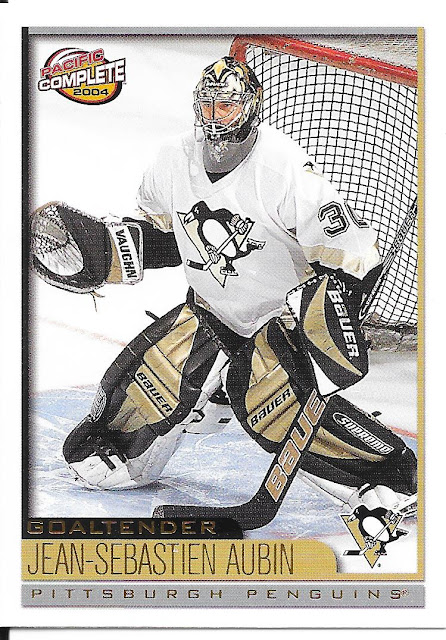 Yes another Complete goalie, and here we have Aubin just before his 2 year (and about 30 game) stint in Toronto. Other than 1999-2000 and 2000-01, he was definitely the back up goalie and never broke through, and in those two years, he still managed in only about half each season.

Another solid pack as we are over 1/3 into what I will be opening from the box.