So, this was going to be a post to go through a 100 card package I had stashed away from Dollarama... 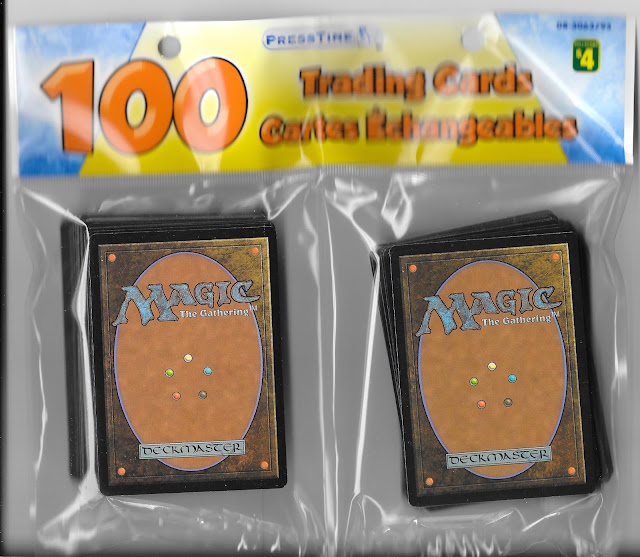 However the post will be a little shorter than showing all the cards.

I had given my son some cards in the form of a few decks made from my traders because he was interested enough to want them, and we have been playing. So, I told him when I opened this, I only wanted to keep the artifacts, and he could have the rest.

Well, I didn't even get a chance to scan them. Heck,I hardly got a chance to pick out the artifacts for myself!

I can tell you I was pleasantly surprised as there were a number of uncommon cards (about 20) and one rare as well as one nice old school (Nemesis I believe) foil and a couple Chronicles set Boomerang cards. As a side note, the earliest foil cards come from the early 2000s are SO MUCH BETTER than the "foil" cards these days. If I can sneak the one away from him, I'll show a comparison. I believe Urza's Legacy was the first set with foils. You can tell these early ones from the shooting star at the bottom.

Anyway - before I hit too much of a tangent, I know I won't get my $4 worth just in the artifact cards, but let's take a look at what I did get. 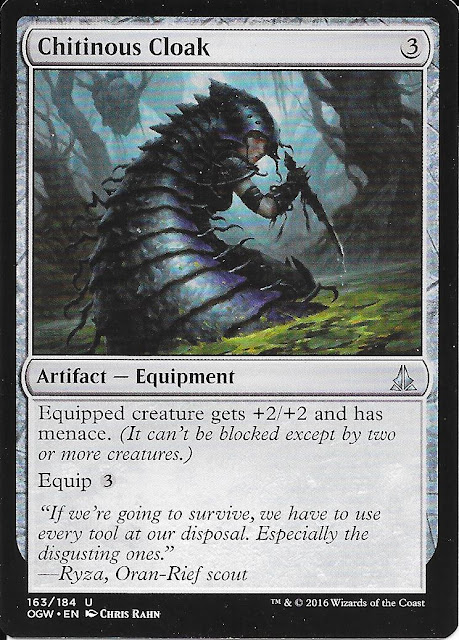 An uncommon to start, nice little beef up card, and decent flavour text. 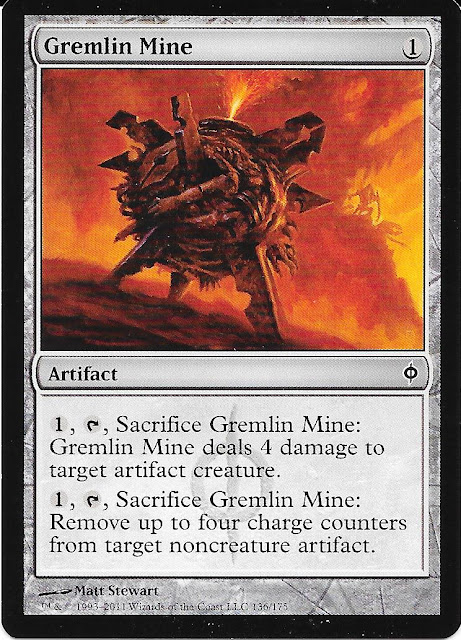 Not one that I'd expect to see played much given the damage is artifact creature only. 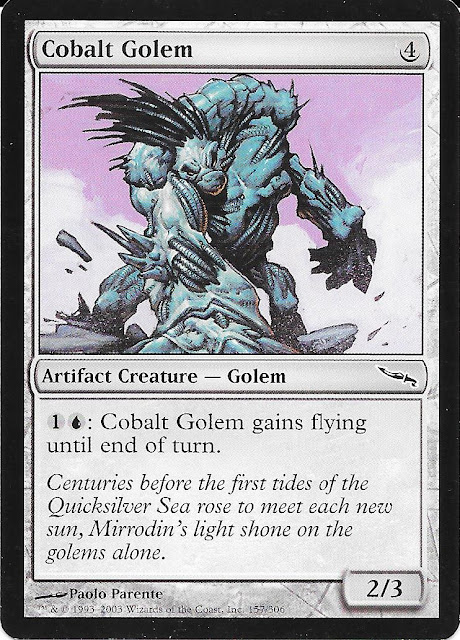 Wouldn't play one personally - it uses blue mana in the ability cost. 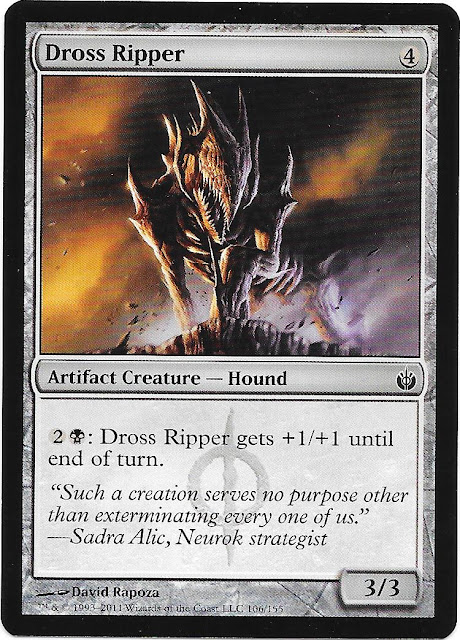 Similar to the last, but like this darker art work much better. 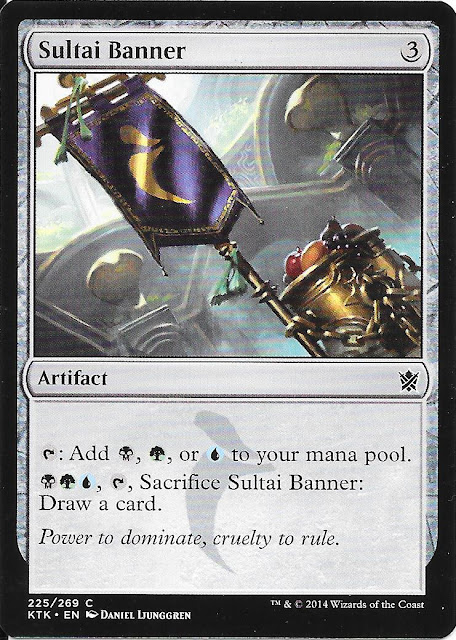 The 3 to cast this kills the ability. If it was 1, it could see some use. 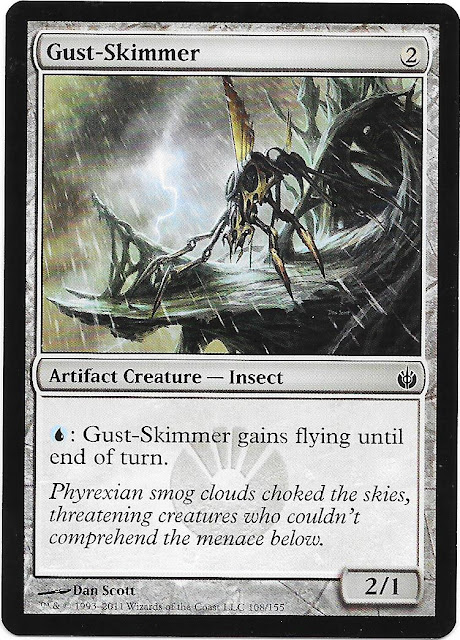 Again with the coloured mana for using abilities - boo! 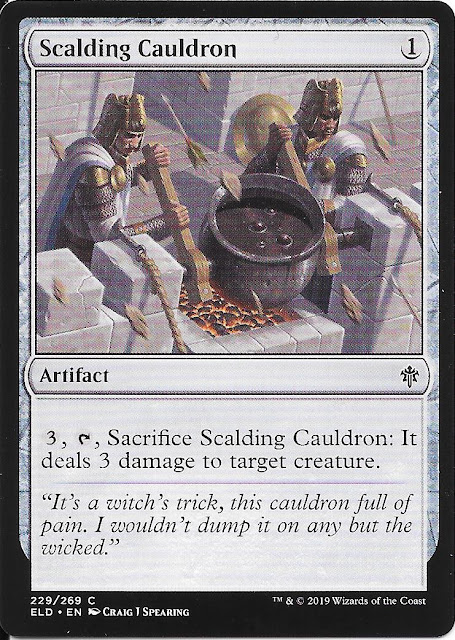 This at least I can see using/casting in some ways as it is 4 mana for 3 damage, but being only to a creature hurts it too.

Not bad for one of these packs - I am for 10 but settle with at least 5, so although none are new, they are all keepers since I keep a playing set of 4 of each artifact card - just in case!

We end with a Listia pick up, which is my 6th copy of the card... 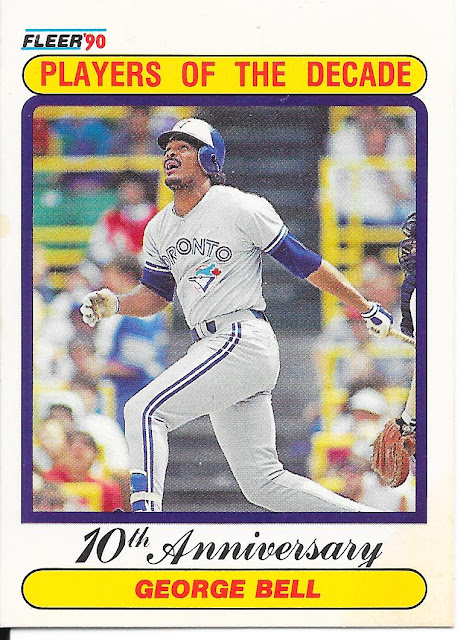 Hard not to want to get as many copies as possible of the player of the decade!
Posted by CrazieJoe at 8:00 AM