Was It Worth It?

When I get through a card purchase, like this box of 2001-02 Upper Deck Victory hockey, I always tend to look at it and wonder, was it worth the price? Now 99.9% of the time, I do this before buying and the answer will always be yes - no matter what happens, given what I pay for things, the experience and fun of opening the cards is worth the price, even if the cards come out "okay".

I think this box did a bit better than that - not a home run, but a solid single or maybe double. 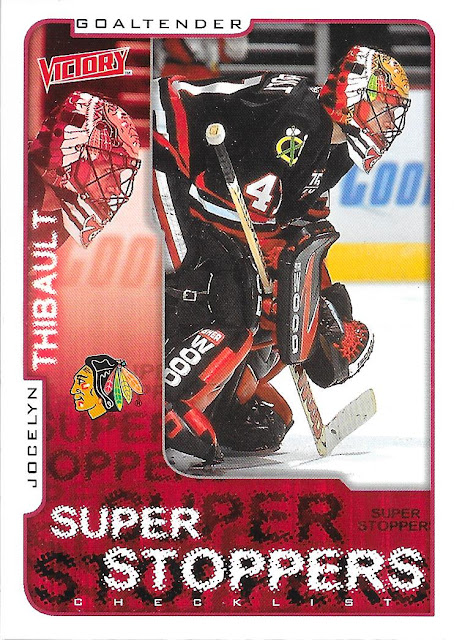 With a set I had a couple handfuls of cards from, the box introduced a product which may be considered low end because it is Victory, but a solid design, a good size at about 450 cards (no O Pee Chee, but definitely a larger set), a solid start with a single box as the base set I have now is close to 70% complete, and a set where you aren't trying to look for 100 different inserts, parallels or short prints. 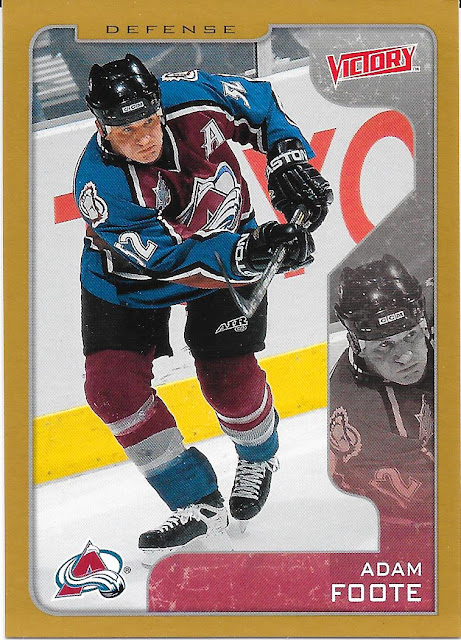 This is definitely a set collectors set with what it has to offer, and likely a fairly attainable gold parallel set for anyone interested.

I was a bit disappointed by the collation, this last pack being a perfect example as there were dupes a plenty... 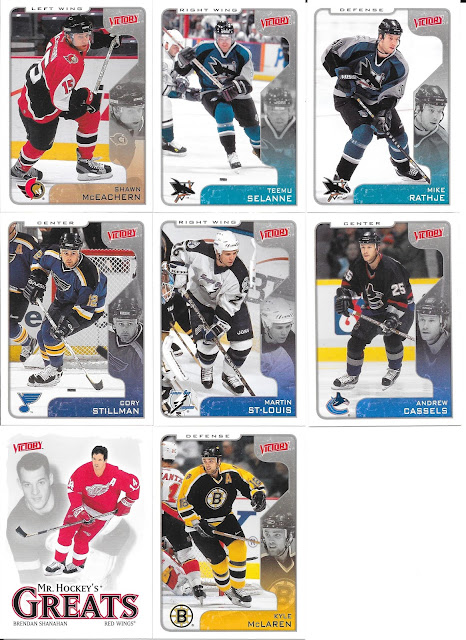 which overall, I believe there were 4-5 packs that were almost all duplicates, but when the box is 36 packs of 10 cards each, you still end up in a good position for the box.

I am sure boxes are out there if you look, though it may be harder given it's 20 years and we are talking early 2000s, not 1990s (which is the real question as a quick search showed a single seller on amazon for about $40 USD). Would say many who enjoy hockey cards would likely enjoy this product, though it isn't for hit chasers.

Wouldn't normally show the listing to where this ended up, but with the bigger box, why not...

Doesn't have to be a high scoring box to be an enjoyable one. This box was never going to be top of the list since there isn't the hits as I mentioned, but definitely a box I enjoyed and did well for the price (which if I recall was just under $20USD on clearance from Dave & Adams last year).
Tomorrow - I'll share something from my birthday which was this past Augst. Yeah, I am a little card backlogged, but it keeps me with things to write about!
Posted by CrazieJoe at 8:00 AM