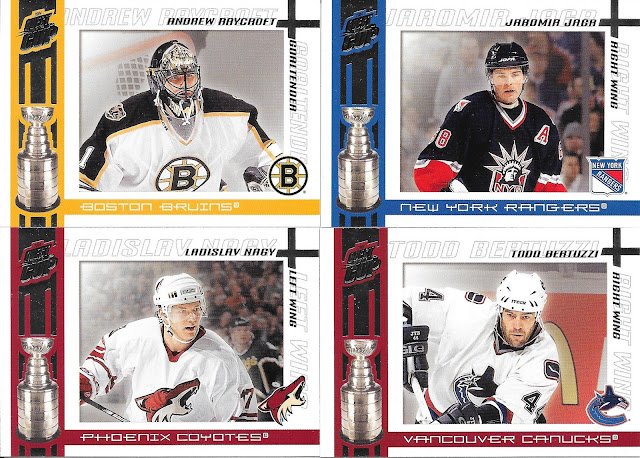 I spoke about Raycroft yesterday - not going to re-hash it, but I do feel like he is mocking me here, showing up two days in a row. 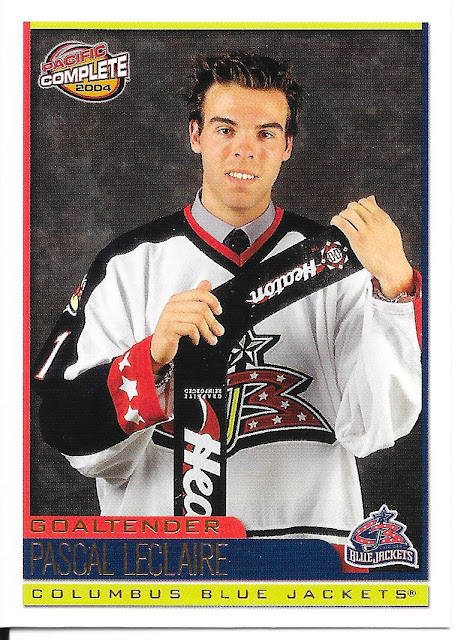 Yes, another goaltender, but as he was coming from the AHL, you get a nice studio shot instead, and the stats on the back speak to his AHL time of 36 games in the prior season, where he was 8-21-3 with a GAA of 3.56 - stats that don't seem too overwhelming...so how did he turn out?

Well, turned out better than those stats may have you believe. Likely in part to being a Blue Jacket, but he ended up with a 7 season NHL career between 5 in Columbus and a couple in Ottawa. He was below .500 for his career, but it was well above just making it for a handful of games.

Okay - no Raycroft again tomorrow or I might just riot.