Break the pack down 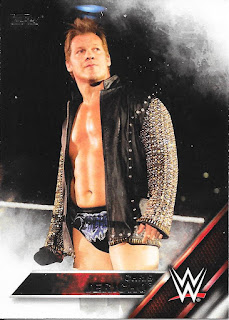 Today we start with another legend, the man of 1,004 holds and apparently of many appearances for many different promotions too. Though I haven't seen his matches overseas, all the power to him to be able to simply do the wrestling he wants to and pick what he is involved in. 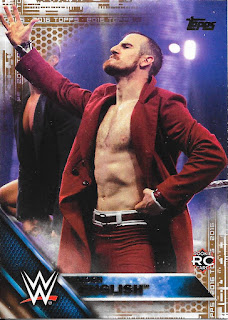 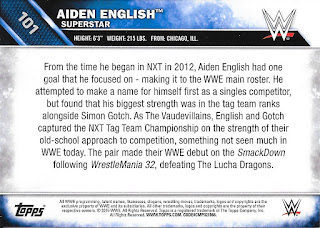 Bronze parallel Aiden. Not as good as getting an Eddie Guerrero or Undertaker bronze parallel, but I'll still take it. I miss the Vaudevillians as it was better than what Aiden has done since. 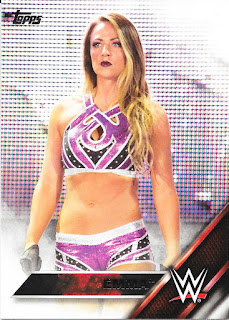 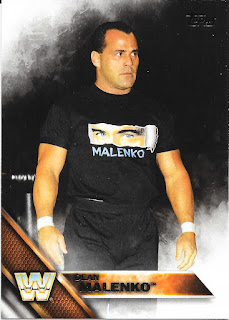 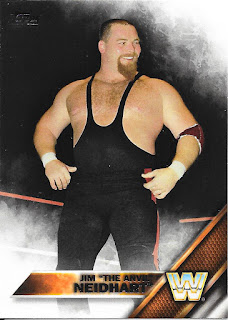 One who passed just last year, RIP - Natalya has done well by her daddy. 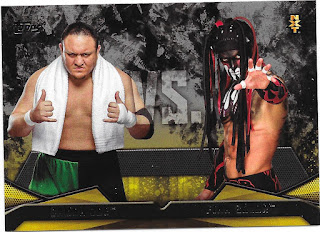 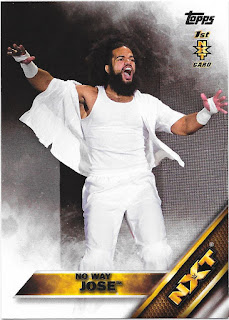 As seems to be the usual, two inserts, one a rivalry insert, one an NXT prospect. No Way Jose is just a character that suited mid card NXT and doesn't have legs on the main roster - similar to Adam Rose.

Samoa Joe and Finn Balor have done fine on the main roster, but I do wonder how much better Finn could have been positioned if it wasn't for the injury when he won the universal title.

These packs have been great for variety of wrestlers being highlighted - can't complain there. 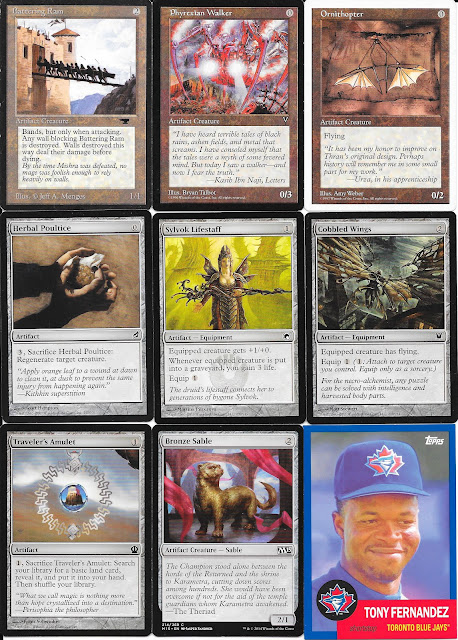 All of the Magic cards were single card wins. A nice variety, and in most cases, I already had one or two of, but again, since I keep for of each, still good pick ups. Nice to also see an Antiquities set card with the battering ram (Antiquities came out in the mid 90s, one of the earlier sets).

As for the Tony blue border card which is SN to 199 - this was a trade pick up from SeaKing. It was also a nice win as I was able to trade away about 8 base cards for it, which I would do any time to move cards and get any kind of Blue Jays SN card.
Posted by CrazieJoe at 8:00 AM