So the quick baseball thoughts today with the Hall of Fame announcement of inductees yesterday. All deserving, but of course the one hitting closest to home is Halladay getting in during his first year up. Well deserved, though may have been sped up by his unfortunate death. Regardless, glad to see him getting the honour, just a shame he isn't here to enjoy it.

All others in deserves it too - Mussina, Edgar who was the definition of a DH, and Rivera who becomes a trivia answer being the first unanimous choice. A very strong class. 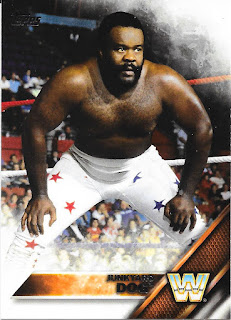 I really enjoy the legend cards in the base set, most of them are from when I watched as a kid and bring back great memories. JYD was a fan favourite, though never quite had a sustained run as a main event guy. With the Grab Them Cakes sone and dance he did with the kids, the fun he was having was easily evident. 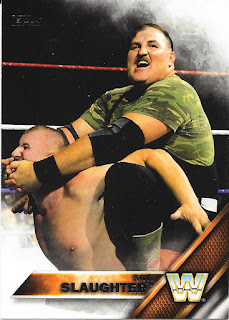 A better bad guy than I would have thought, but he did it really well and was hated back in the early 90s. 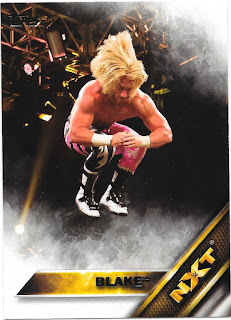 NXT prospect insert - Blake never really did much for me... 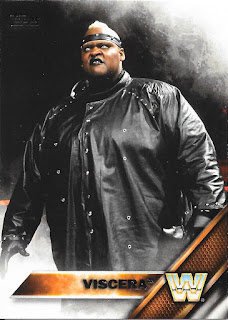 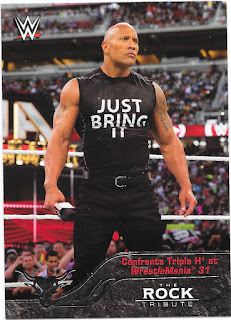 Here we have the first Rock tribute, this one showing him at Wrestlemania. I get it, but interesting how they did the write up on the back without mentioning the interactions of a certain woman who was in MMA and joined WWE a couple years later. 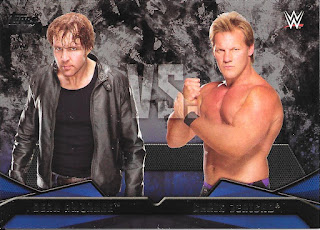 Glad Dean got rid of that long hair... 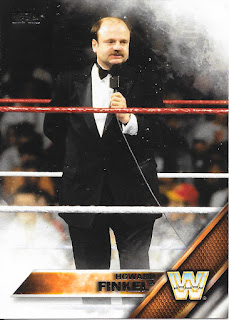 The ring announcer of my childhood - Lillian Garcia is nice, but it will always be the Fink!

Keeping with wrestling cards - a few more Listia shares for today as well. 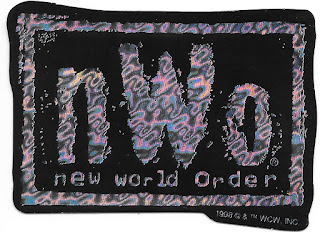 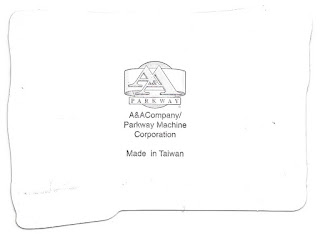 I don't usually do stickers, but for a couple pennies, I picked this up. Interesting enough because it comes from a small vending machine set of 12 cards which I never knew about. 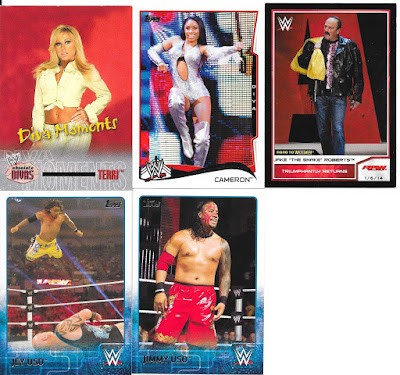 Like the 1998 NWO sticker, the 2002 Terri is from a period (like with my sports card collecting), that I have plenty of holes. It just seems that in general, there isn't as much out there from say 98 through 2004 or so.

I was also surprised that the two Usos are my first cards from the 2015 Topps base set. Will have to change that in the future.
Posted by CrazieJoe at 8:00 AM