Another pack circa 2016 WWE Then Now Forever today, and first card out is... 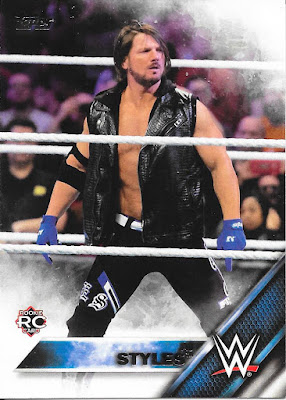 AJ rocking that soccer mom haircut on his rookie card. A great way for WWE to showcase how they are the only game that matters by slapping the RC on this card....not like AJ has been around for a while, or has cards out in TNA sets or anything...we just disregard all that stuff. 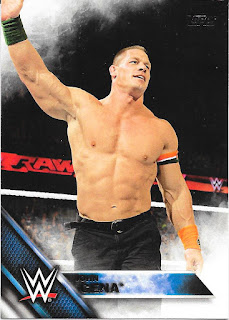 What do you know, second out, a man AJ had a good feud with over the title, and the biggest face in wrestling, currently making his issue with the "part timer" The Rock a few years ago, more and more ironic by the day - John Cena. The man put everything into his wrestling career though, have to give him a hand for it. 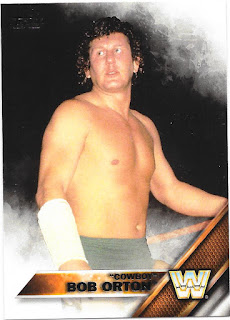 Bob had a good wrestling career - but the times changing, I think for the period, Randy is a bigger deal during his career than Bob was during his. Still, a great wrestling family. 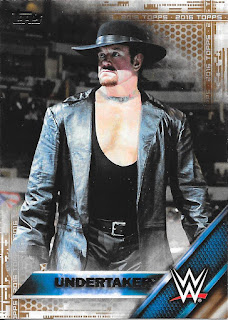 The long careers keep rolling with the Undertaker. One of my personal favorites, I hated him as a kid when he debuted, but as I smarted up in the mid 90s, appreciated him, and loved him since. Here we also see the first bronze parallel...meh... 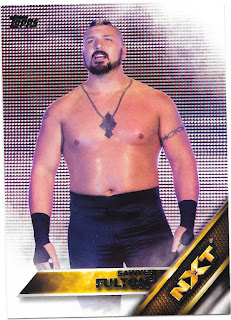 Fulton's biggest run was as part of Sanity in NXT, but he suffered an injury and as Sanity made it big, he was replaced by Killian Dain, and that was that, he is now back on the independents. 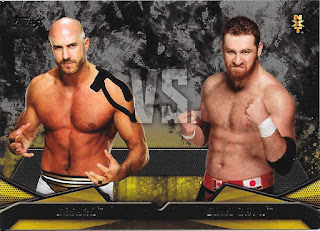 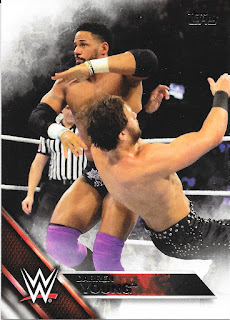 Yesterday was a WWE Rivalries insert, today, the NXT version. I hope Sami Zayn can turn his career around - so much promise and awesome matches in NXT, but just hasn't been able to turn it on with the main roster.