That reminds me - this needs work...

First - I don't usually talk about people passing away, but Mean Gene Okerlund passed away the other day. He was the voice of WWE (WWF) when I was growing up, and more recently, I have really enjoyed his work on the WWE Network too. He will absolutely be missed.

Otherwise, as I move on to pack three of the 2015-16 Upper Deck Portfolio, this set has made one thing clear which I need to work on - I need to consider base set short prints.

Whether they are simply short prints, or subsets with different pull odds, I always struggle as to whether they should be treated similarly as actual inserts which I collect.

Back in the day, there were subsets in base sets, but I don't remember there ever being different odds - I have in mid sets like 1991 Donruss baseball, 1991 Score baseball. The subsets were just different design, but just part of the base set.

At some point this changed as there are many sets now, and we have talked about some of them, that have a base set of say 200 cards, and then 50 cards that are rookie cards with much lower pull odds. Is this any different from having a fifty card insert set with the same pull odds?

In my mind, I don't think it is, but this raised a question - what do I do with the cards I have and re-organizing for this.

I don't think I have tons of these types of cards, short prints, or subsets with different pull rates, but it does mean I need to go back over my cards and check for this.

The good news is, I do have another reason I want to go back to all my cards in my collection. I want to focus a bit and trade away cards I don't need, on sets I don't plan to collect. For example, if there is a 600 card set, and I have 45 non-Toronto cards, and little to no interest in the set, I am going to move those cards to my trading piles.

Sure, like 1986 Topps baseball before, I may change my mind later and slightly regret getting rid of a couple base cards via trade, but I can live with that coming up once or twice.

Anyway, I think that reorg is something I will do later this year, and as I go through the cards, maybe share some stuffs here on what I am getting rid of, and what I uncover in general.

With that all said and done now...let's get to that third pack of cards... 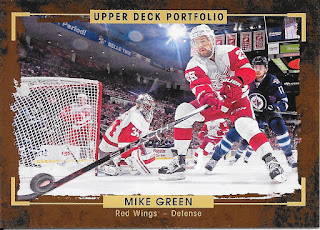 Another beautiful photo here - love the angle, and seeing the Red Wing logo on the puck in the corner. 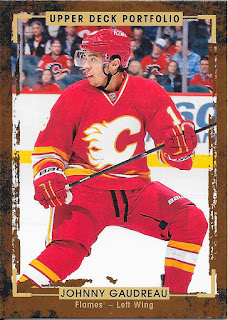 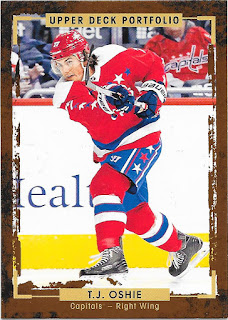 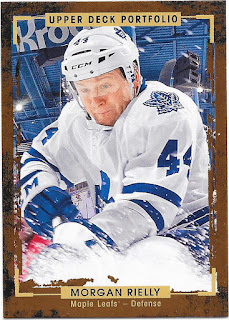 Sweet - another Leaf off the list for the base cards. An explosive start to this season, and a great wall really overall. 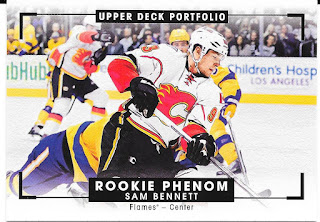 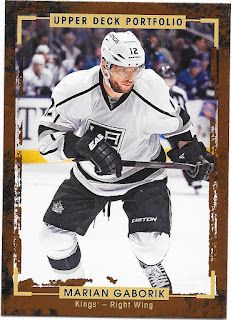 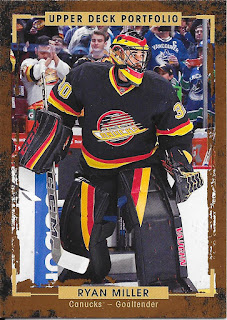 Another great goalie picture, though this is because of the uniform and look. 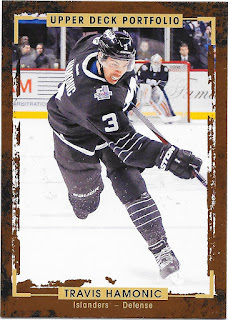 Man, these cards are looking even nicer the more I see.