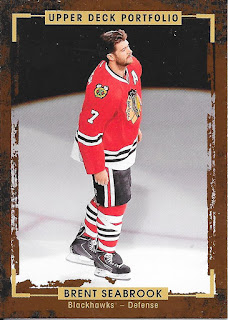 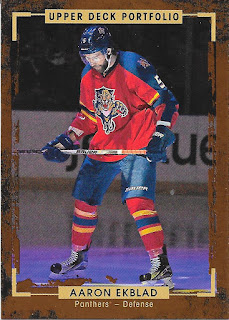 The lighting really adds to the picture in the Ekblad card. 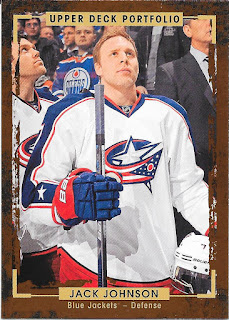 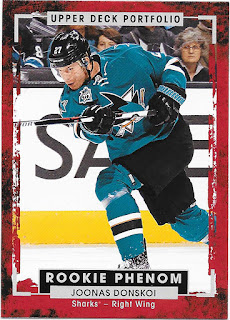 These rookie phenom cards are every three packs, and make up one of the base set subsets. Easy enough to tell them apart with the red border - a little change, but enough to still seem part of the base set while being different enough to recognize the subset.

Joonas has been a regular in the NHL since the 2015-16 season, all with San Jose, so I would call that a successful rookie as far as cards go. 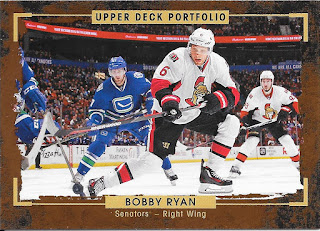 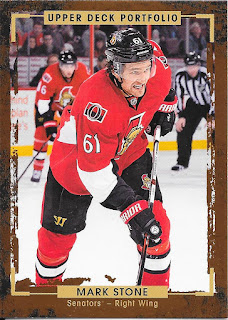 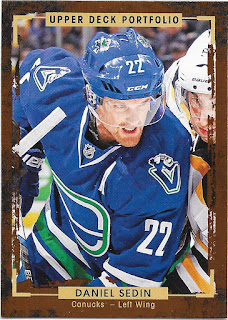 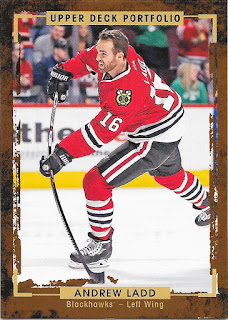 No leafs in this one unfortunate..

I also received a couple more wrestling cards today that I won on Listia. These were the last couple autographs I picked up (I showed three I received earlier, last month). 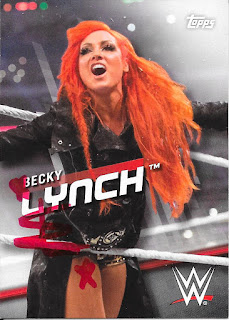 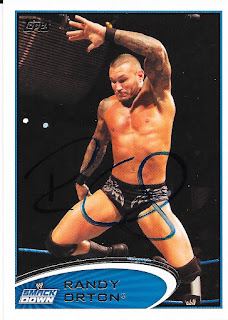 Really love the Becky auto, and happy to get future hall of famer Orton.

They came with a few free extras... 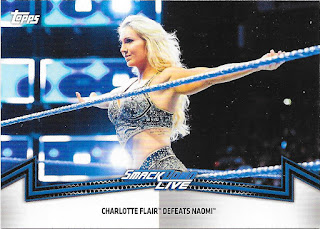 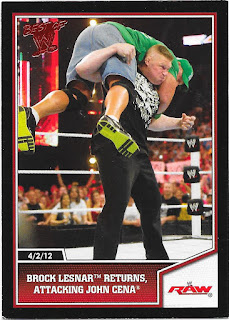 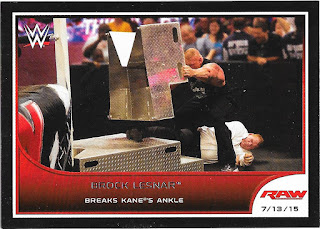 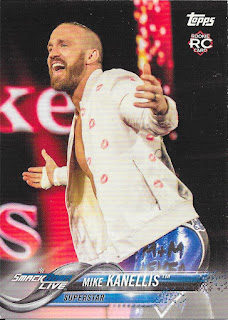 All of these were needs, and getting another 2018 Women's Division card insert, Charlotte is a great card by itself to get, let alone as a thrown in extra.

Going back a bit further in time, I also picked up two WCW cards... 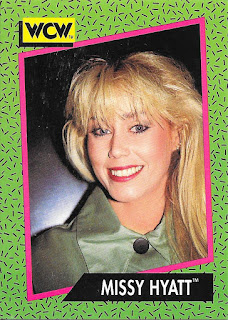 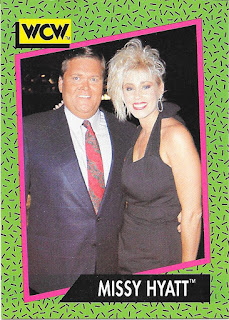 Missy Hyatt, with a surprise appearance by good ol' JR! Only problem was, I won these before getting the box from DantheMan which gave me the whole set...oh well, they were still really well priced at least.

Awesome bunch. Now, with the 5 in person autos, I just need to find a nice way to present them, maybe a nice little frame up in the basement....
Posted by CrazieJoe at 8:00 AM