Nearing the end of an above average box

With today's pack, I think that overall, as far as this particular product goes, and the odds involved, that this box is above average. Unfortunately because the one redemption is expired, that takes away from it, but there have been a few cards show up in the 20 pack box which, are at 40 pack odds, so there is probably boxes out there with one or none, and here today is a second Black & White Art card (and a rookie phenom one at that). 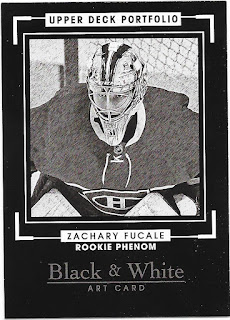 Zach hasn't broken the NHL yet, though looked promising to do so a couple years ago. As far as rookie cards go, a bust so far, but wait and see - the kid is still in his early 20s. 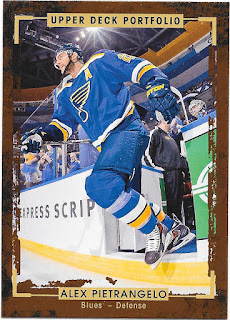 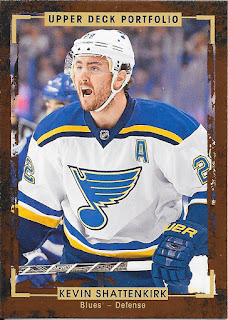 The Blues hot box continues! If only I was a Blues fan instead of a Blue & White Leaf fan. 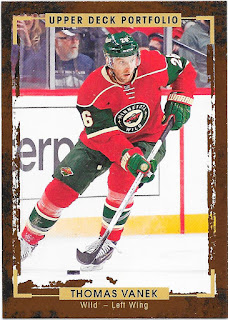 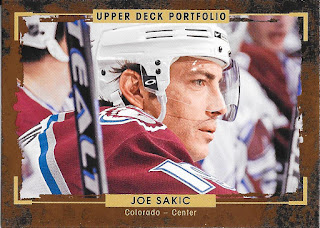 Another legend card if you will - Joe Sakic with a look off yonder from the bench...maybe late in the career pondering what would be next...you know, deep stuff like that. 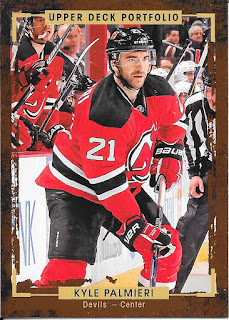 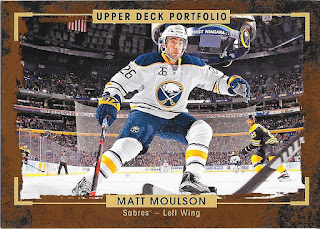 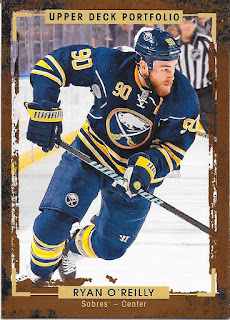 Okay, Sabres a-plenty as well apparently. Again, have to say, I love the Moulson card for giving the arena full view, just a fabulous picture to get the entire atmosphere of the game.