Red, blue, and a trade too

Wow - this would have been a good pack to have opened on the 4th of July - highlighted by a couple Blues and a couple Red (Wings). 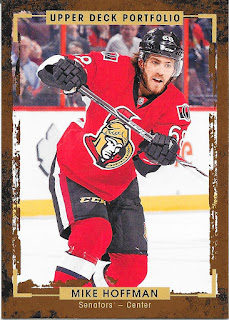 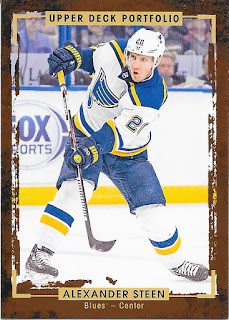 Alexander was in the Blue of the Leafs before moving onto the Blue of the...Blues. One I wouldn't have minded to see stay with the Leafs as this trade ended up well ahead for the Blues. The Leafs got Stempniak who didn't last long and was turned into a couple of draft picks, whereas Steen has played solidly for St Louis since the trade. Here is a Red Wing...might have heard of him... 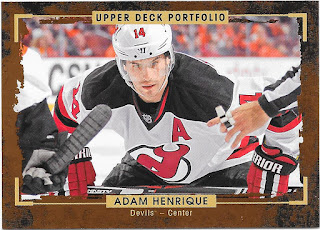 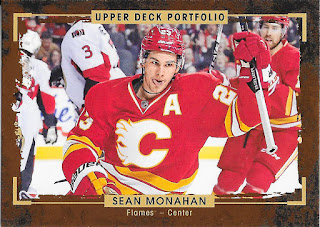 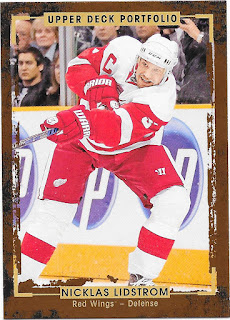 If you heard of Zertterberg, you know Lidstrom as well. Lidstrom, rightly so, shows up in the legends section of the base set. 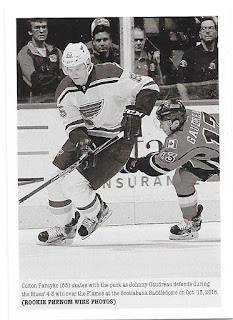 Here we get a Rookie Phenom Wire Photo (a nice short subset name). Colton is now in his 4th season with the Blues having played in almost every game the last few years. 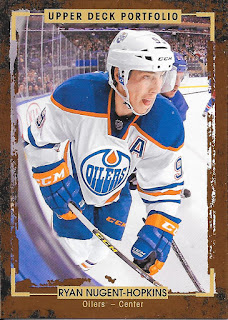 We then end with RNH who is one of the young guns in Edmonton from the past few years...now not as young as he was...man, time flies...

Some extra content today with a couple quick pack pick ups for the collection - these of the Magic variety. I was back up at 401games and picked up a bunch of Artifact cards for the collection, but these couple packs as well...I'll show the cards tomorrow. 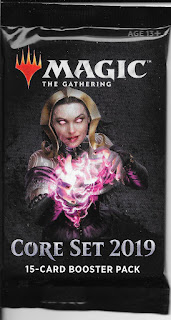 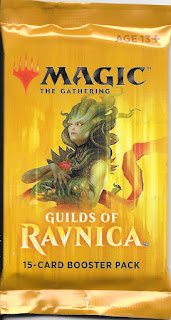 Nothing much to say about them, other than it catches me up a couple sets in the collection - and puts me at 77 sets/boosters represented. If you look strictly at sets that came out in booster packs (mostly 15 cards, but not all), I think the total number is somewhere around 130 or so. I need to get a "need" list for this at some point and start filling the realistic holes. By that, I mean I won't be getting an unopened pack of Alpha, Beta, Unlimited, or Antiquities any time soon as these all run well over $1k (up to $10k in some cases).

As it is, the Revised - or 3rd edition - booster I have from 1994 is probably the most expensive I'll ever own. I'll probably use that as the starting point and just disregard the earlier set packs as a pipe dream for if I even win the lottery.

Additional bonus content for today - a small PWE trade with a new trade partner through TCDB - Hilochef. A little hockey, and a little baseball out of this one... 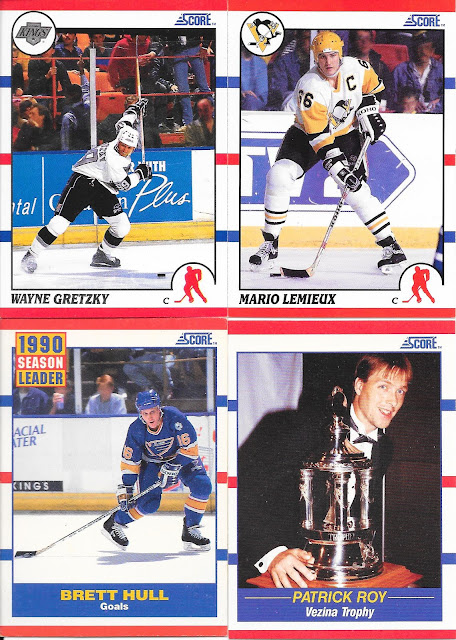 1990-91 Score American is a set I have slowly been building on, and this trade let me knock off some of the bigger name base cards I was still missing. 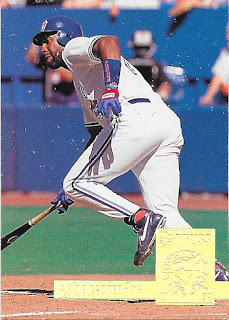 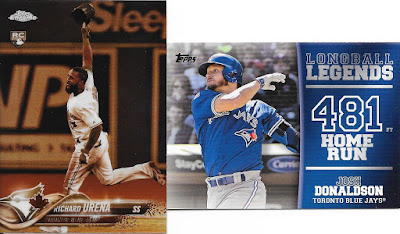 Another new Jays insert in Donaldson, as well as my first Sepia card with Richard Urena. As I say, a nice quick PWE trade which hits some nice cards - always welcomed.
Posted by CrazieJoe at 8:00 AM