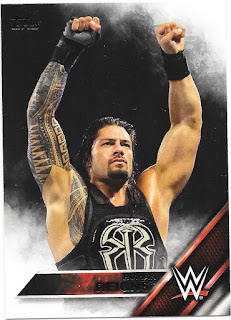 I am not a Roman Reigns hater. I did get sick of him while WWE was trying to push him to the moon with main event after main event at Wrestlemania, but the guy himself puts effort in. He has the pedigree and look, I just think if they pushed him as the big tough guy who didn't speak and just took care of business (a revved up version of what he was in the shield), he would have been over with everyone more easily.

Just my two cents. He may not be a good guy or a bad guy, but to many, he is "The guy", and all the props to the man given his recent time off with Leukemia. 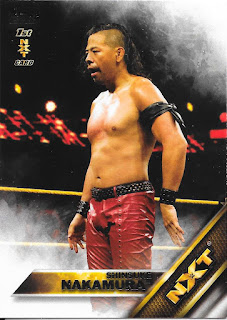 I do not watch anything overseas, just too much to watch with WWE as it is, and I can't balance any more than the odd check in of TNA, so I didn't know much about Shinsuke (shin-skay is how it is said, if you care to know). First match I saw was his "5 star classic", or whatever you want to call, his match against Sami Zayn in NXT. It is the newest match that I go back and watch now and then, it was that good. 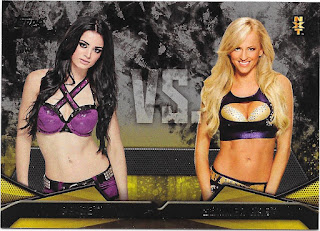 Nice! Another NXT rivalries card, and some women this time. A shame for Paige with the career ending injury so soon in her career. 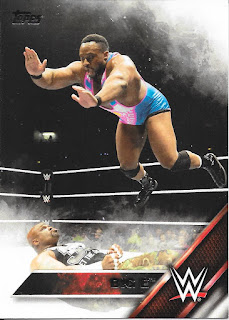 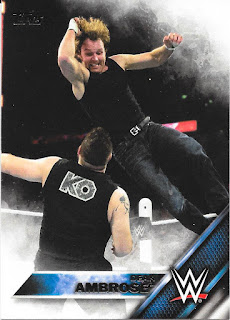 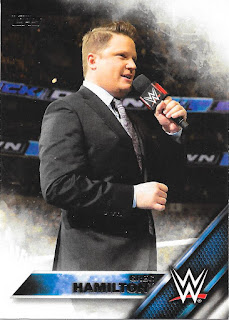 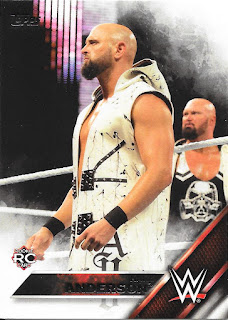 Special card appearances by D'Von Dudley, Kevin Owens, and Gallows. Not sure Greg Hamilton needs a card, but if it means there are cards of Renee Young out there because they include announcers, I am sold!

It's been a while since I pulled something from the DantheMan box from December - so today, 2016 WWE Topps Heritage. This is another set, I have absolutely no cards from, so a great start to my set here again. Enough that I will have to put this on my "to be completed" list sooner than later. Oh, and enjoy the classic 1986 Topps design...or don't, I know it is an acquired taste. 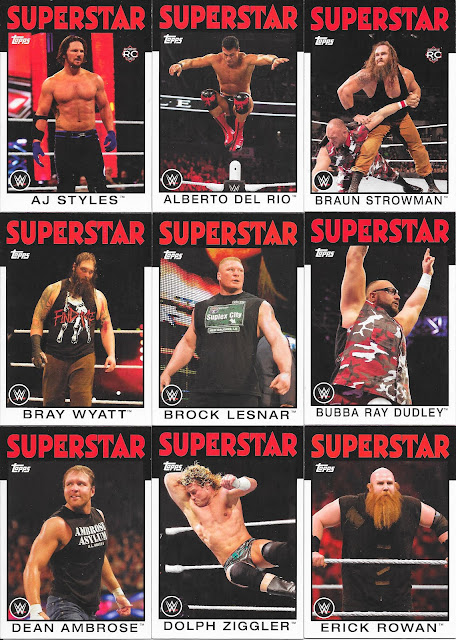 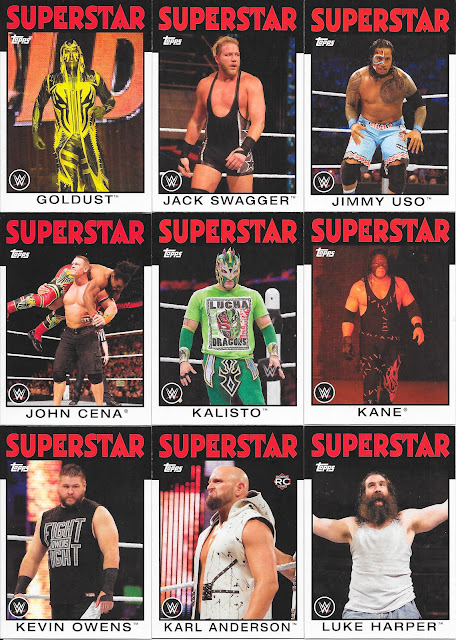 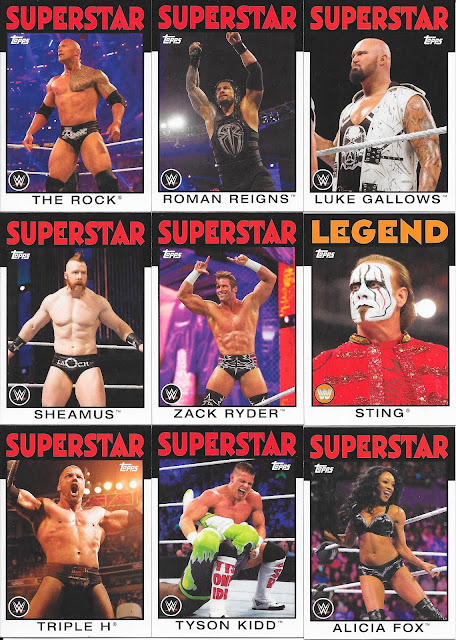 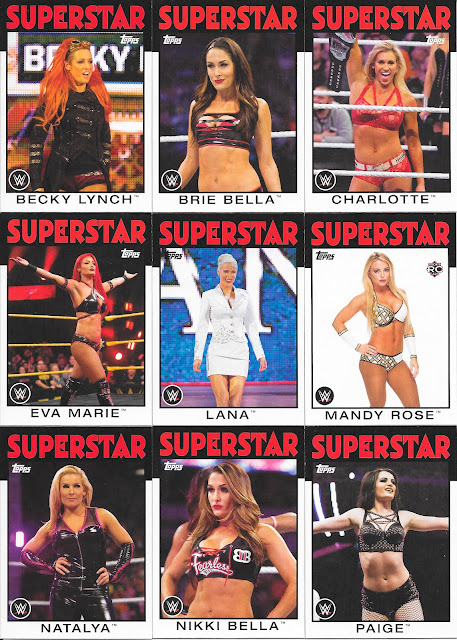 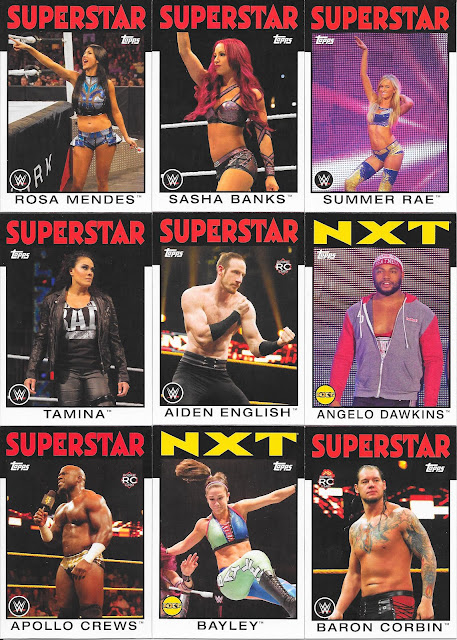 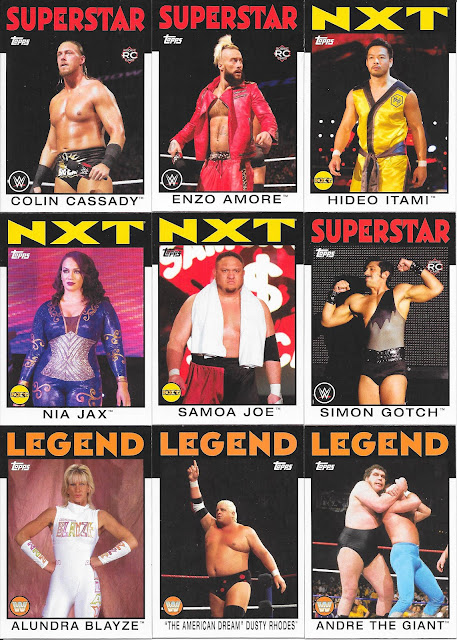 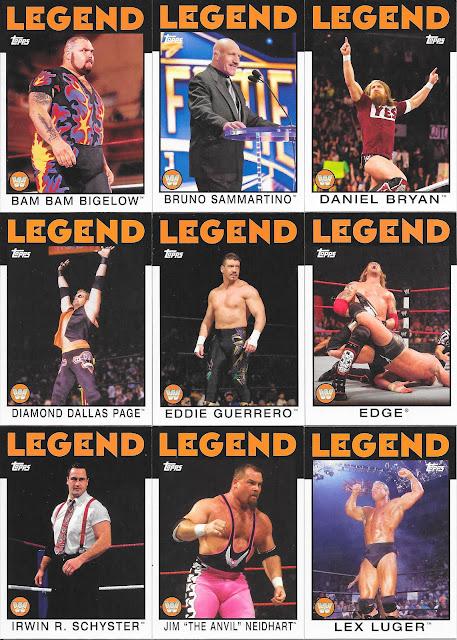 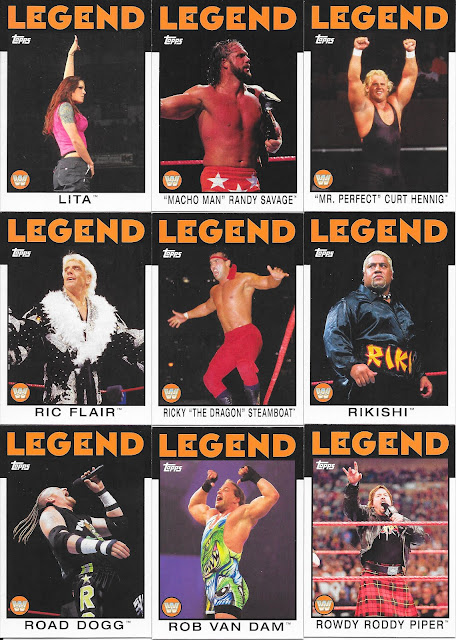 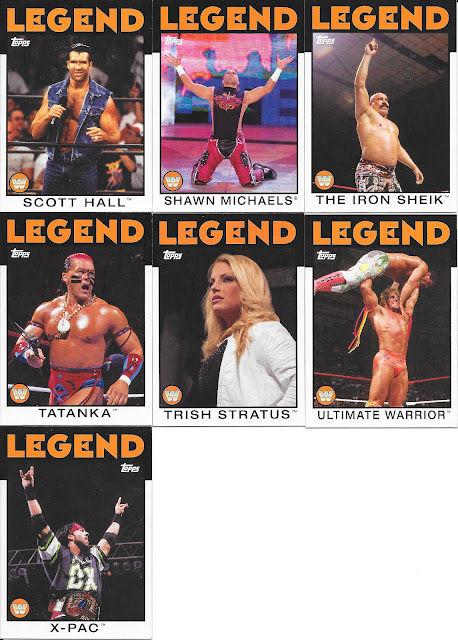 Just like that - 79% done, and that ugly design continues to grow on me. Also - who thought X-Pac would be a legend....I mean, he created the saying "heat like Z-Pac meaning the "go away and get off our TV" kind...
Posted by CrazieJoe at 8:00 AM