I always find there is a good and bad to blaster boxes. The good is that they are done so that dupes are very rare these days. You get a good part of the base set and some of the expected insert sets started. Sure, you buy a couple blaster boxes, you will end up with duplicates, but you get as good a variety as possible - better than randomly buying a couple retail packs here and there.

The "bad" is, they seem a little formulaic, not as surprising at times. With 10 packs in the 2016 WWE Then Now Forever, you would expect 4-5 base cards each pack and 2 maybe 3 inserts or parallels from the go to sets like NXT Prospects, NXT Rivalries or WWE Rivalries. Then for the box as a whole, 2 Rock Tribute cards as they are one every four packs.

We seem on pace for exactly that so far... 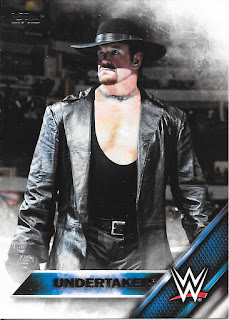 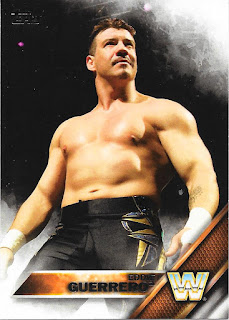 At first, I thought I had a couple duplicates, but happily no, had pulled the bronze versions of each of these so far, now I have the base version as well. 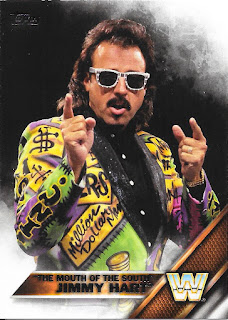 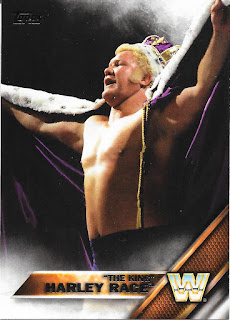 Again, highlighting the really nice aspect of this set, so many legends...Jimmy Hart was so annoying as a manager in the 80s/90s. He wasn't on the level of bad guy as Bobby Heenan and the Heenan family, but he was still really good at his job of making you dislike him, and anyone he managed. 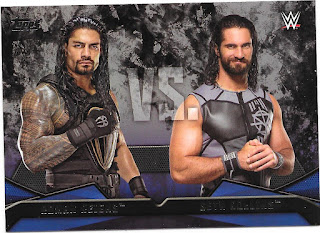 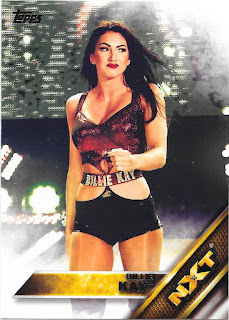 An NXT Prospect of half the Iiconics 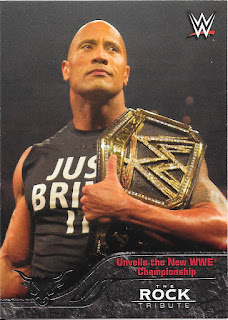 We end with the second Rock Tribute card of the box, the introduction of the new belt (at the time).