Portfolio, Magic and a NPN Autograph - oh my!

I enter the Upper Deck No Purchase Necessary contests because they are so simple - a couple clicks. I do it maybe once a week - not multiple times a day, or by spending an hour entering a thousand times - my point - I don't go nuts with the entries.

That said, I have had success in getting cards, though my first was the most on point in my collection - Mitch Marner Trilogy Triptichs Jersey card SN to 249 I believe. Since, I have had a couple Marvel card inserts which don't mean much to me, but I was able to trade away. The latest NPN card I received yesterday, is more in that vein. 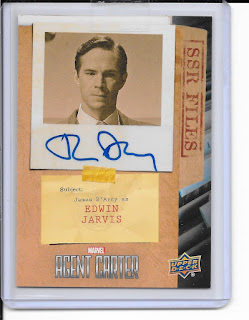 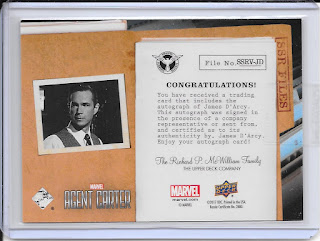 I am not even going to bother taking out of the sleeves it came in. Just going to put it aside and see if anyone here has any interest - then I'll check on TCDB.

I knew nothing about Agent Carter or this set before getting this card. In taking a couple minutes to look it up, I learned Agent Carter was a short lived TV and the product came in packs of a single card for a price of about $24 each with the set being made solely of autograph cards, variations of the autograph cards and sketch cards.

So whatever it is, a good pick up I guess - now to just find someone who would appreciate it in their collection.

Anyway, on to more Portfolio. I was hoping with this 2015-16 Upper Deck Portfolio box I wouldn't end up with any doubles since I only had 2 cards from the set beforehand. Unfortunately, didn't quite work out that way for me. 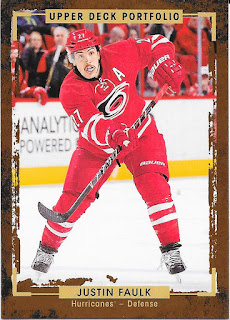 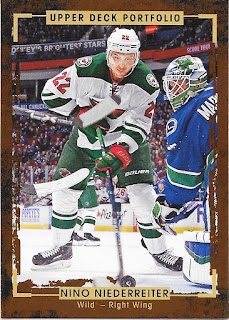 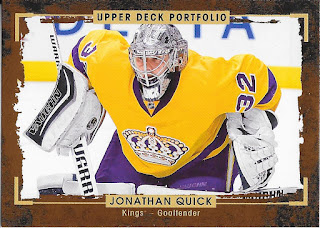 We at least start with some new cards, and a really nice Jonathan Quick rocking the old school Kings uniform. 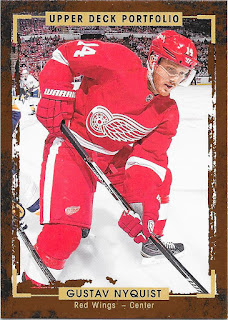 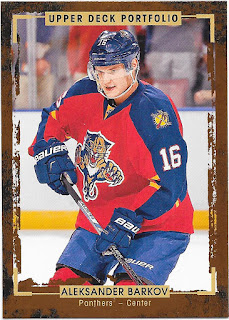 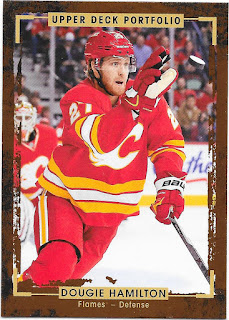 Dougie here is the only dupe so far and was one of the two cards I had before hand. At least we haven't run into a collation issue and getting dupes within the box. That would be too much like the late 80s... 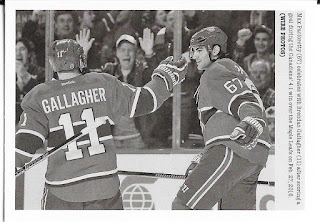 The insert in this pack is a Wire Photo (every 7 packs) of Max Pacioretty. After 10 years with Montreal, shame to see him shi[pped of to Vegas this year, but unfortunately it happens. 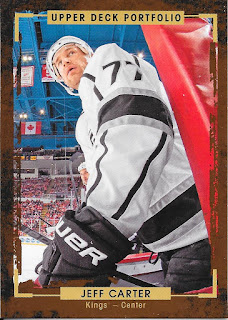 We end with another interesting angle shot that works with Jeff Carter.

As promised yesterday, a bunch of Magic Artifact cards for sharing today that I picked up at 401games. 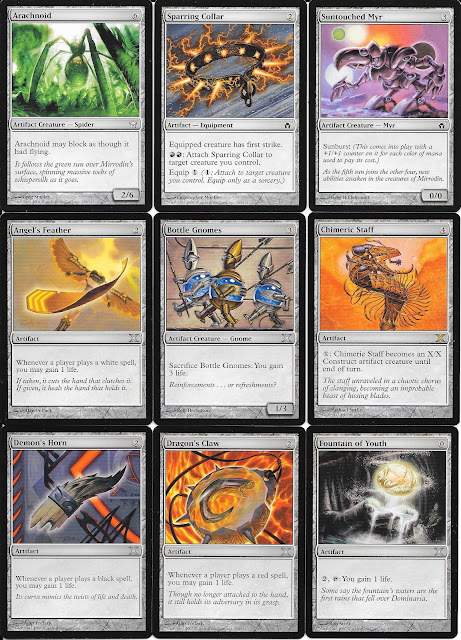 We start going back to 2004 Fifth Dawn, and getting some 10th Edition cards, including some nice reprints of cards I have in earlier sets like Bottle Knomes and Fountain of Life. 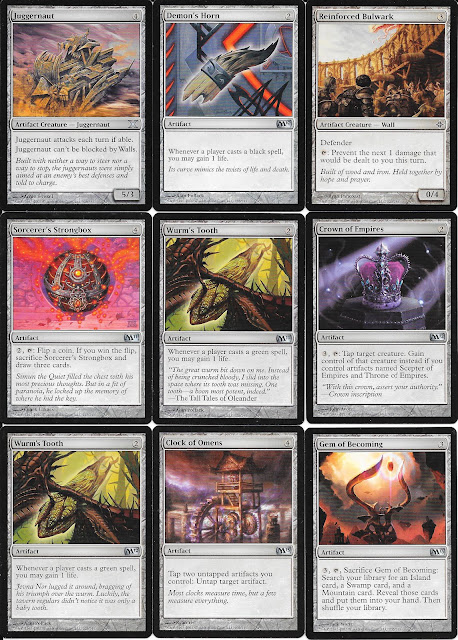 Some of the artwork has gotten much better over the years. Cards like the Crown of Empires are a good example - simple, but much more detailed and polished. If the Clock of Omens was a bit less to cast, this could be really awesome for untapping artifacts in an artifact deck. 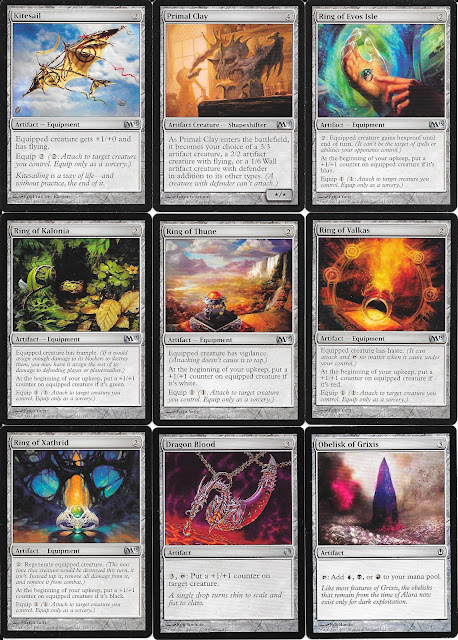 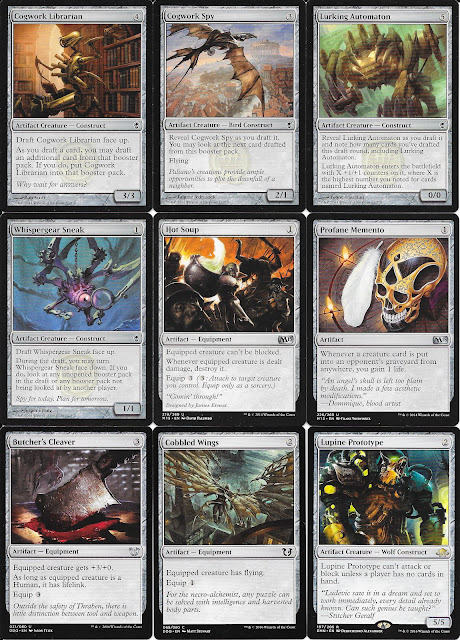 As usual, able to get a couple big baddies which are a nice staple of artifact decks. I don't care if there is an ability to it - a 5/5 creature for a cost of 2 is really nice. You can find other effects to help remove cards so it can attack or block. 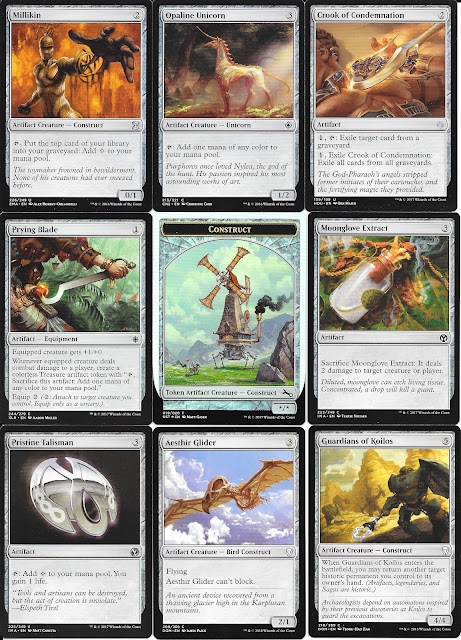 Have to have a construct token given the artifact heavy set that is Unstable. 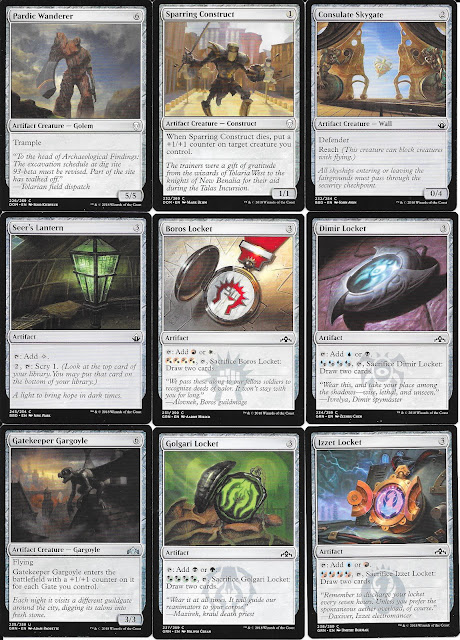 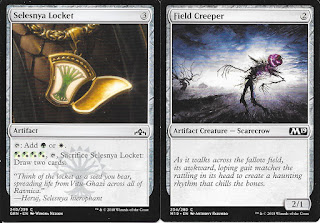 We finish with cards from the last year or so which include a set of lockets. Not unusual for artifact decks to have a set of cards which are similar except for the colours to which they relate. Three mana is a hefty cost though.

Well, almost all of these were new adds - just two I believe, I already had one of, so a nice group of cards for mostly 15 cents each.
Posted by CrazieJoe at 8:00 AM