We end how we began 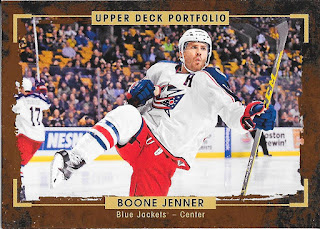 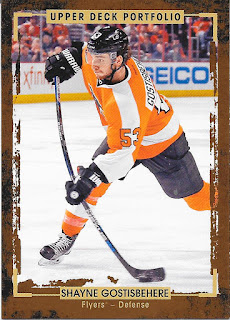 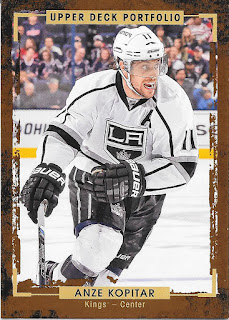 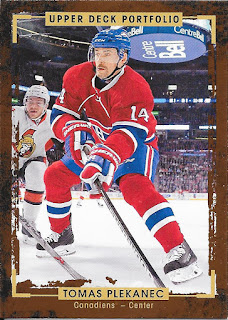 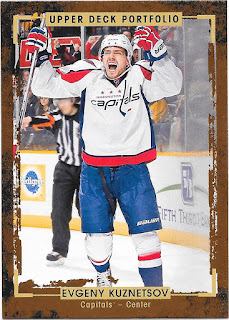 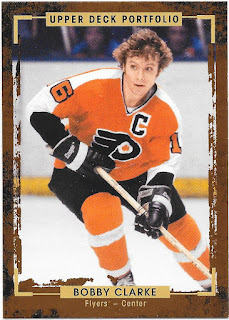 A good way to end, with another legend, Bobby Clarke. There was a Leaf which I didn't end up getting, who was in these last cards - Borje Salming - but I can hopefully trade for it at some point. 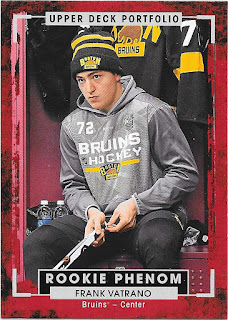 The second to last card here is Frank who is now with Florida and has played parts of the last few seasons in the NHL. As I noted yesterday, more hits than misses in these phenoms. 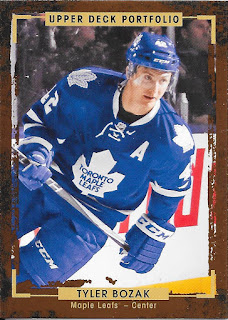 We end the way we started, with a Leaf card. Doesn't get much better than that as a way to end things off.

So, what is the end result for this box? Big picture, I now have 130 of the 200 pure base set cards. With about 2/3 of the set, and the nice photography, I think I will put this on as a back burner set to complete. Highlight would have been the XRC redemption except it expired, so alternatively would be getting the Connor McDavid rookie card as well as starting it all off with a Doug Gilmour card (though the other inserts are pretty nice as well).

Over the year, I will compare the boxes I go through to see who seems to be the best, and we now have the first box done...

Just for perspective, the score would have jumped to a 6.27 had I counted the XRC Redemption card which expired. Both those scores sound about right to be...but we can see how the rest of the year goes.
Posted by CrazieJoe at 8:00 AM