Rumble was fun as always - though I ended up worst between myself, my brother and cousin. Though respectable as no one won or lost big. Fun was had by all, and that was the key.

Interesting...first two cards out of the pack, and I get a tag team. Originally as the Wyatt Family, more recently as the Bludgeon Brothers, we have Harper and Rowan. 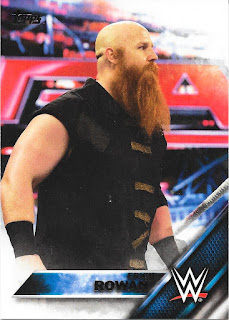 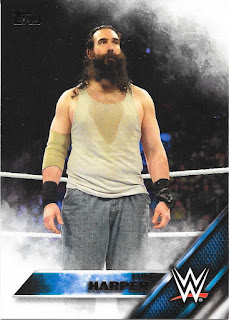 As for the rest of the base cards... 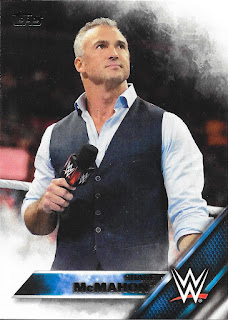 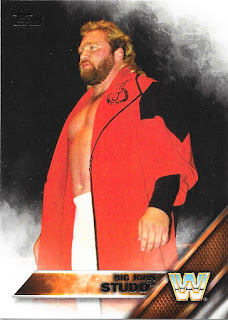 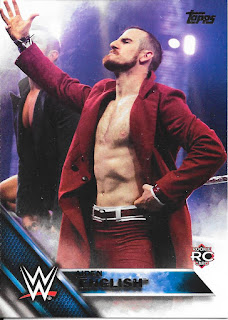 Can't go wrong with Shane McMahon. I don't know if it is simply the over exposure of Vince and Stephanie which make Shane's involvement wanted and exciting, or if it is because he is just crazy in what he will attempt, but he is my favourite "actual" McMahon - Triple H, who married into the family, has done more for the business from within, such as create and drive NXT. 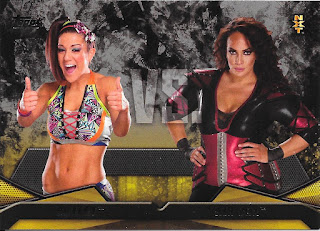 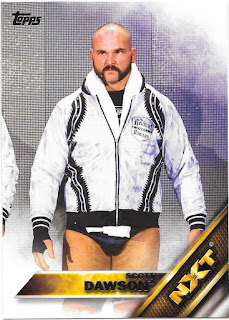 Speaking of NXT, both inserts relate to it. Nia Jax has become a bigger deal on the main roster - she was good on NXT, but has really come into her own, while Bayley was a big fish in a small pond on NXT, but has been a bit lost on the main card. She has talent, and can be a female John Cena if they build her that way - but she hasn't been the priority given Charlotte, Rousey, Bliss and a few others.