I mentioned before that the last 20 cards or so of the 200 card pure base set, were stars of yesteryear. I would have figured you may see one a pack or so. Well... 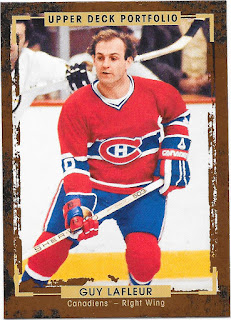 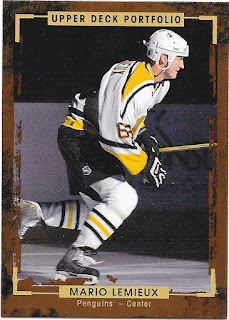 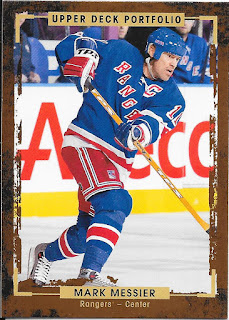 Yeah, you can't do much better than that! Guy was a bit before my time in following as a kid - but obviously his presence even resonated through the 80s and early 90s as I remember cards of his - specifically circa 1991 Score.

Mario Lemieux and Mark Messier are as big as it gets and in line with Wayne when you talk about stars of the time.

If anyone could have touched Wayne Gretzky for bext of the time (or all time) it would be Mario - just imagining what his career would have been like if he had been healthy throughout....wow. Heck, it was "wow" as it was. 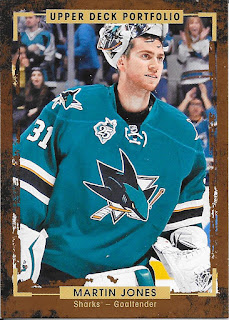 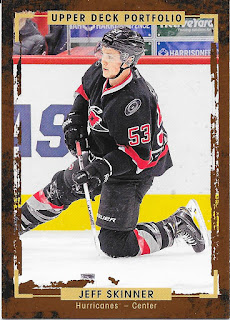 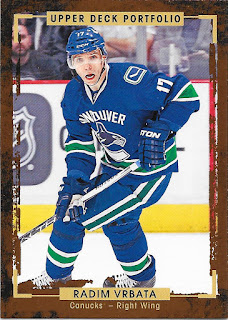 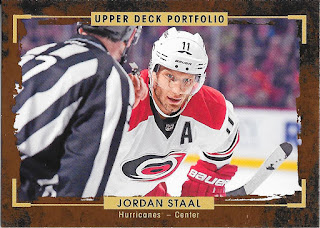 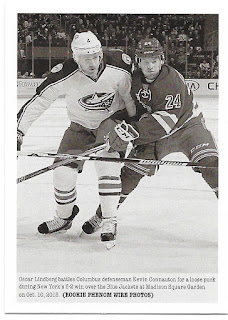 We finish with another rookie wire photo. Oscar calls Las Vegas home at this point and has played in about 75% of the games each of the last three seasons before current.

With the Hall of Fame power in this one, definitely above average.