Will We See The Griffey RC?

So 1989 Upper Deck - the first year of Upper Deck's foray into baseball cards. Obviously the best known card of the set is the Ken Griffey Jr. rookie card. I don't expect to see that card here today, even if it is fairly reasonable as far as affordability given there seem to be billions out there.

Let's look first at the dupes this time. 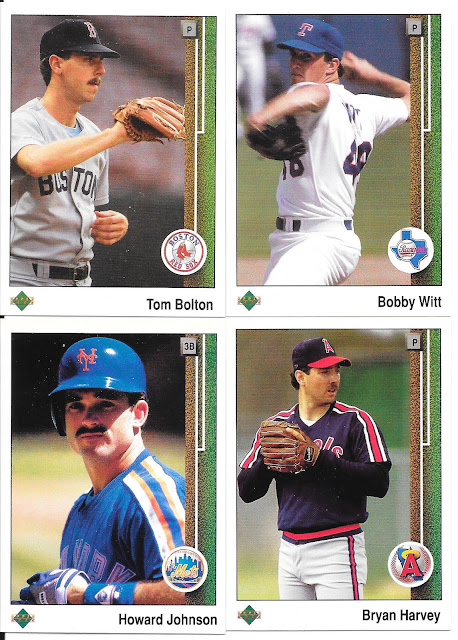 The design, especially for a first year, is plain and simple, but to the point. I think it has aged well and still holds up.

As for the keepers...a nice big bunch... 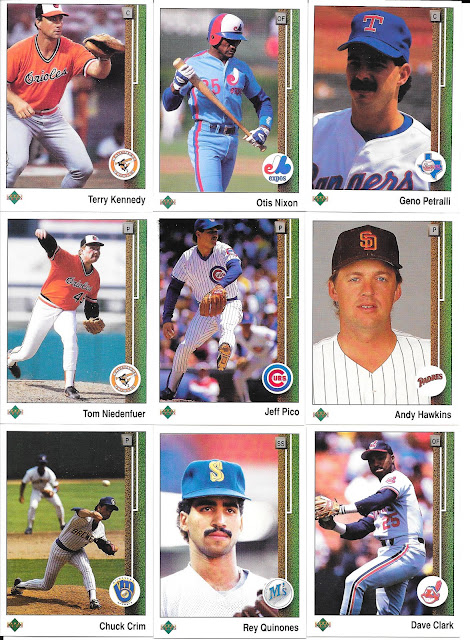 Otis Nixon as an Expo - before he became a Brave which I remember him more for. 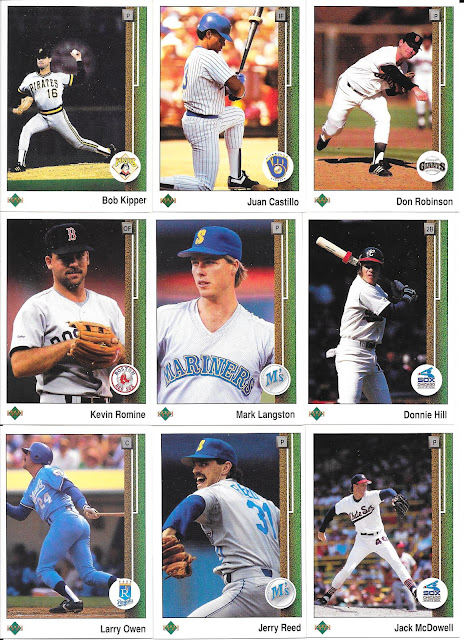 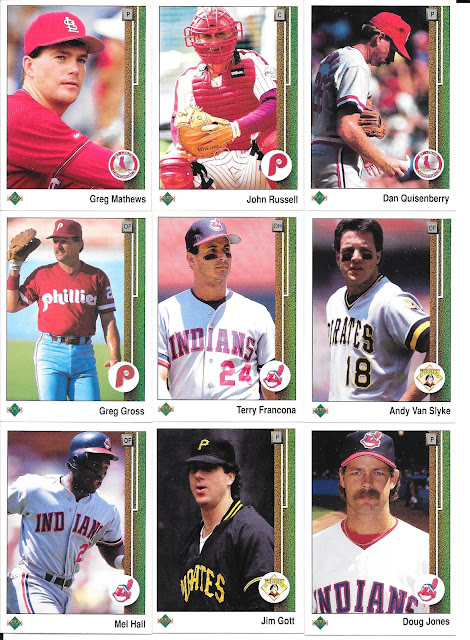 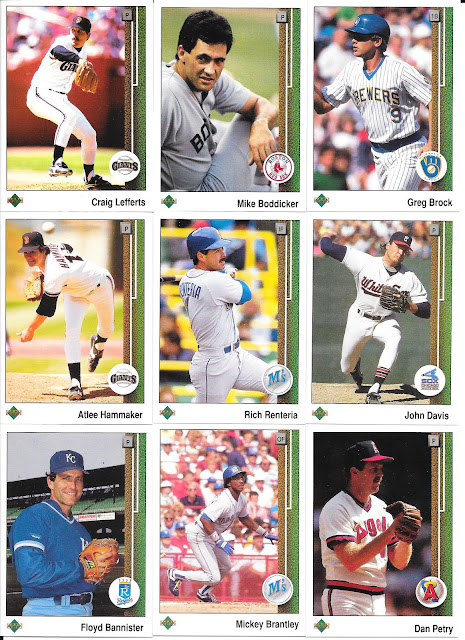 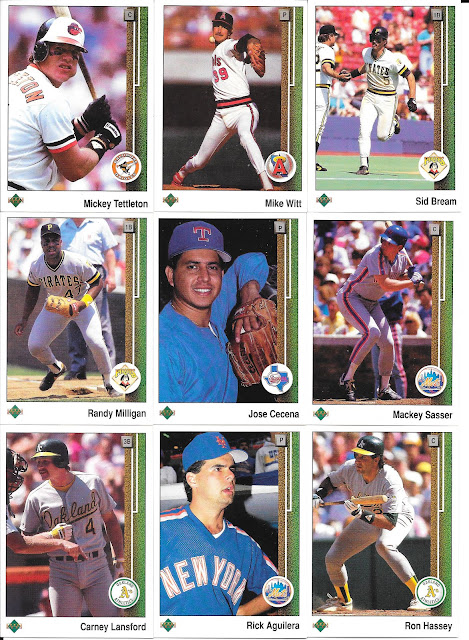 Nice to see some A's who were such a power house of the later 80s, especially with the Bash Brothers (regardless of why they may have been the bash brothers). Playing baseball games around 1990. the A's would be one of the teams I would play as when not playing as the Jays of course. The games I played most were RBI baseball, Bases Loaded 1, 2 and 3...good times. 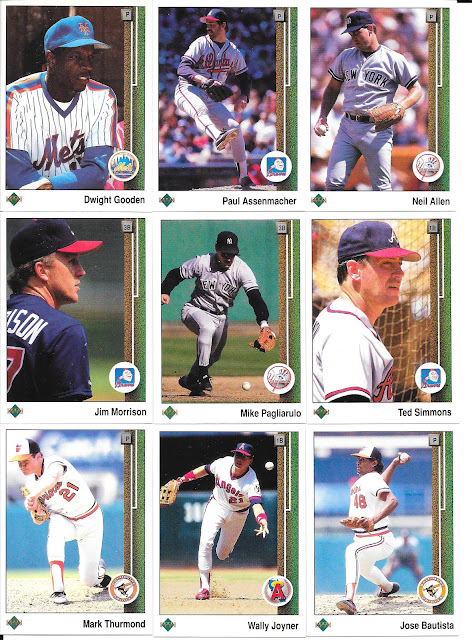 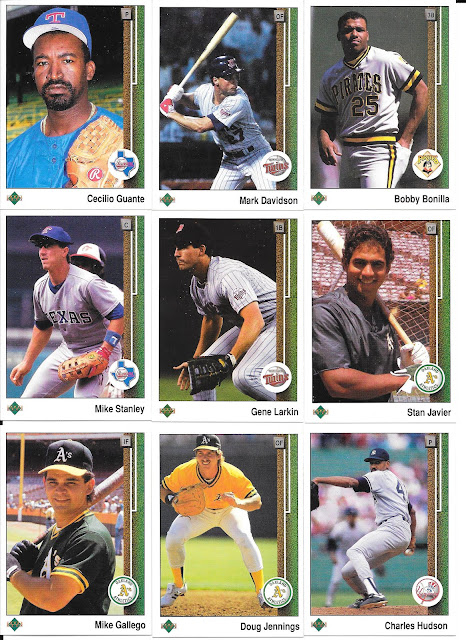 Some more A's as well as Bobby Bonilla who I always then think of Bonds with. 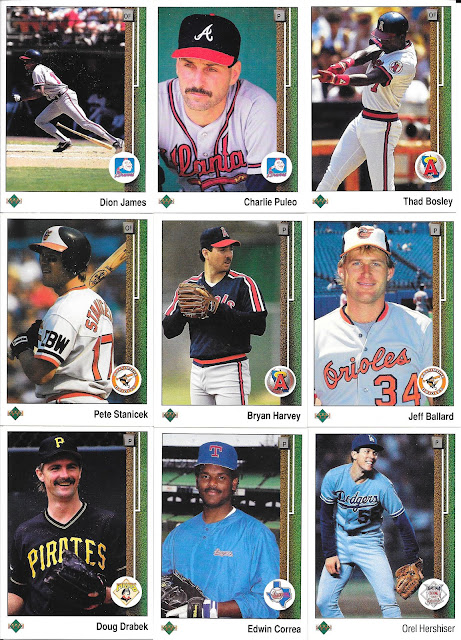 Nice to see my second favourite Drabek now given his son's involvement with the Jays. Still one of my faves all time though is Doug. 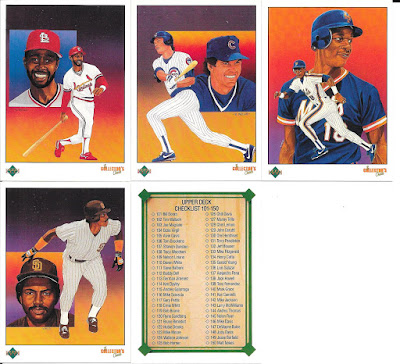 The checklist cards, as was the case at the time, are artistically done, and really well done at that. Maybe a bit too much in the hues of red and orange - but artistically great none the less.

With that, I finish with the set packs I got from the newer vendor at the CNE. They were fine, and were exactly what I expected they would be, but it is the rest of the month I am looking forward to. From here to the end of December, should see some cards I am not use to getting, and even if there is very little to keep - much to talk about.

Tomorrow - we begin those, but before leaving today, another PWE trade to share with a TCDB member. This one is ariccio who helps a number of sets. 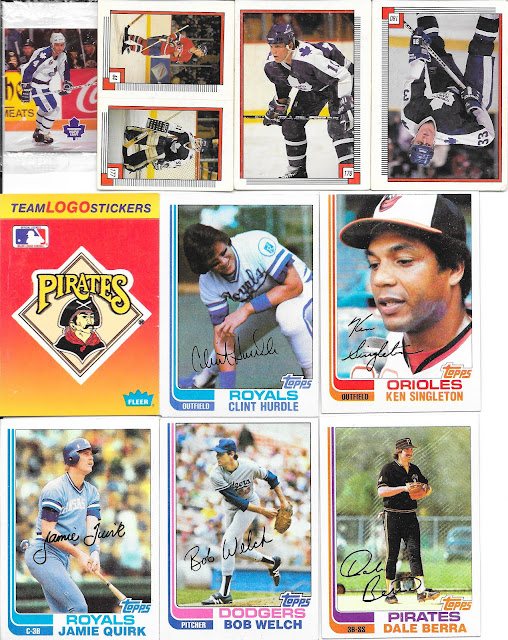 A surprise that the Dave Ellett Humpty Dumpty card was still in the packaging, so that one goes to the unopened pack collection. The other big yay from the PWE is the Pittsburgh Pirates sticker because it is the last one I needed for the 40 card insert set. There is a variation card for each sticker, but not really going after those. 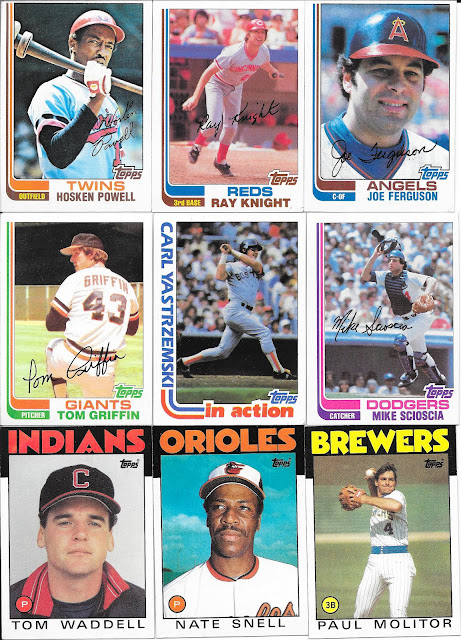 So great 1982 Topps adds including a Yas which helps this slow vintage (to me) build. A few 1986 Topps adds as well. 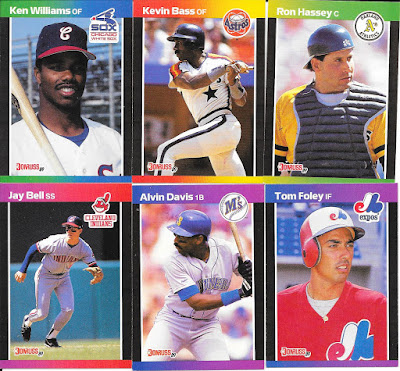 We end with helpers for another set build, 1989 Donruss.

Definitely a bunch of sets helped here which, may not be the main part of my collection, but I do enjoy having sets completed - order is comforting.
Posted by CrazieJoe at 8:00 AM