I don't like a whole lot of modern sets really, but flagship sets are usually alright, and this one is probably my favourite from recent years. 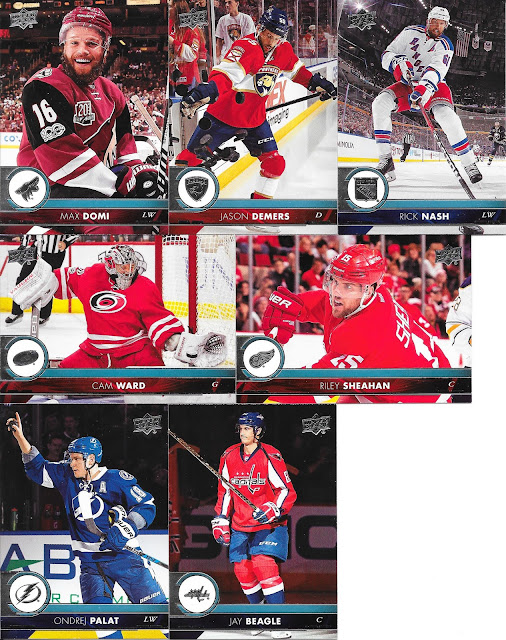 Other than changing the logos to be anything but foil - like just regular on card logos, is about my only complaint. Most of the photos are solid, Domi and Ward are great, as is the angle on the Nash card.
The name is clear, and the stripe is team coloured, just a nice design overall.
I also like... 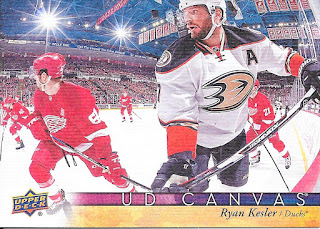 The UD Canvas cards because not every card needs to have every layer of slickness to them imaginable. A card the way it is supposed to feel - like cardboard. I don't harp on the shiny way cards are generally done as I get it - it's a process that helps the cards last, and I presume helps quality control (and is cheaper maybe?),
Can beat a good cardboard feeling card, and a solid action shot to boot, with a unique perspective, all kinds of awesome.
A winner pack all around since I get to keep everything, sweet
Speaking of winners - I put in an order recently for a bit of a few different things at www.baseballcardstore.ca and received the package the other day. Will share the bits as I unpack and store things. Today - some Tim Horton's goodness. 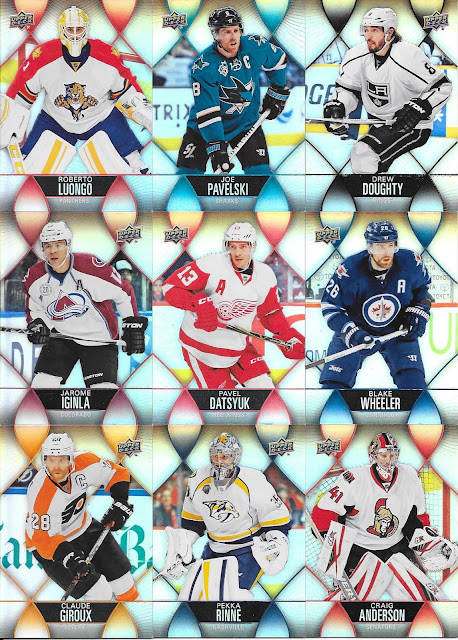 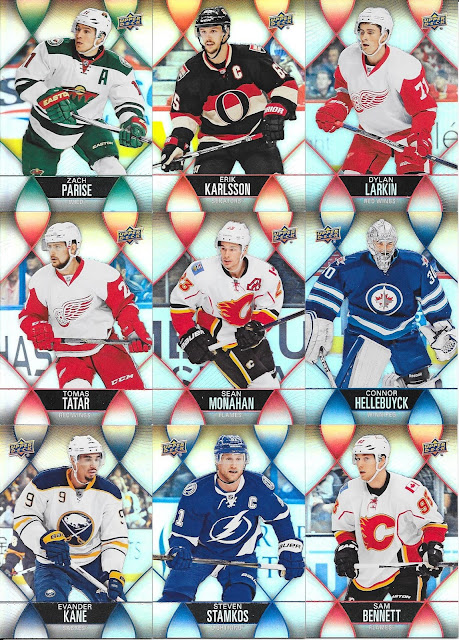 2016-17 Timiies is the set I am furthest ahead on - about 3/4 done on the base set. Part of that is because it is only 100 cards as they upped the base set more recently. 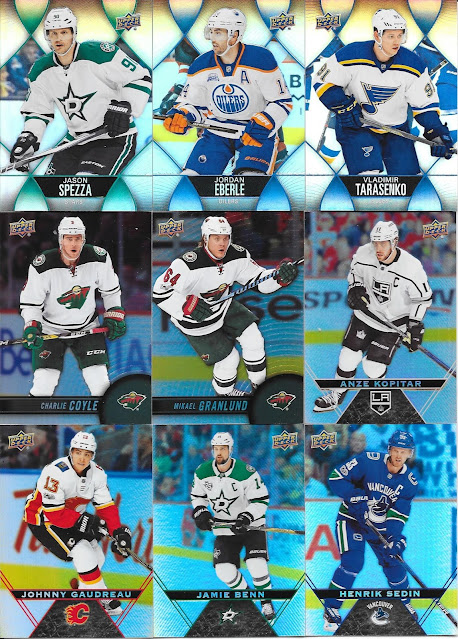 Also picked up a couple 2017-18 and a bunch of 2018-19. All for a dime (USD, plus $5 shipping for the packages as a whole), which is a nice price given the three card packs were a buck when bought at the time.
I am sure you can get base sets at a fairly decent price....but I still like the build on these small sets. 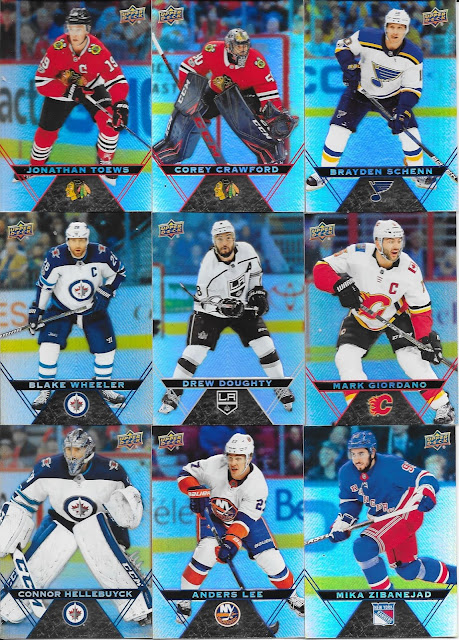 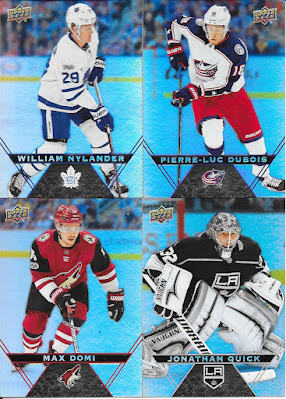 The above is everything I was able to get that I was missing from the three years, so shows, the sit may not have every single card, but definitely has a wide amount so should be able to find some cards that suite you.
Plenty more to show later. I picked up a few Bruins cards for someone that I won't show here, but was part of the purchase as well, and like these, all came in excellent condition.
Posted by CrazieJoe at 8:00 AM