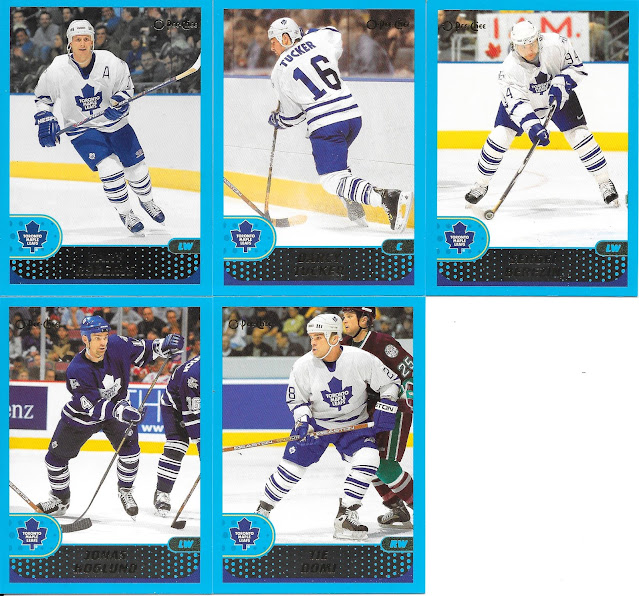 The early 2000 Leafs were not one of the make ups I really liked. I like a number of the players, but the team just wasn't "great" all around to me. The colour on these cards is nice of course, being blue, though a darker border in blue would be even better.
Topps cards this year had a similar design, actually haven't seen much of those either. 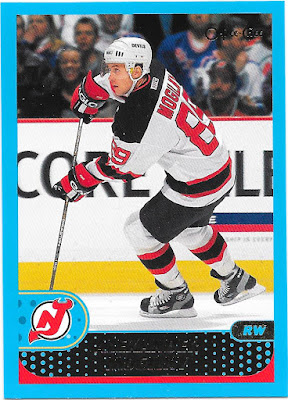 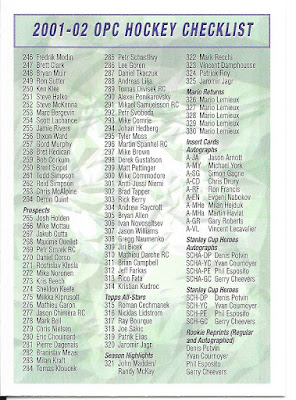 The Mogilny is a variation as apparently there was a "traded to Toronto" version as well, so I'll hold it for being a variation. The more telling one is the checklist. There are two different checklists inserted, and this one goes with the hobby version, so it tells me that I am likely seeing the leftovers of a hobby box in the lot. Also probably tells me, that's likely true for a number of the set base card "chunks" I see. 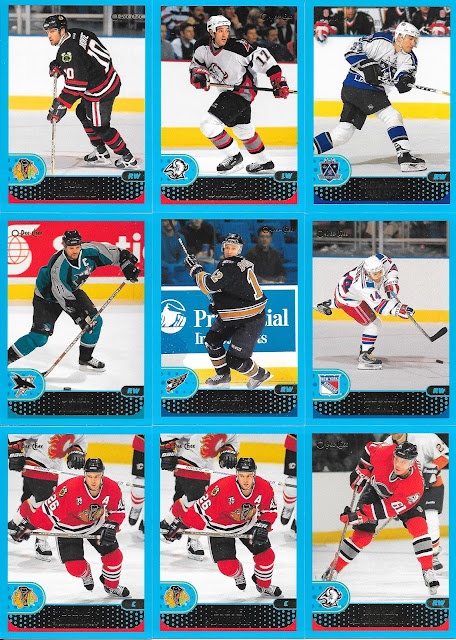 The foil name doesn't show up well in scan, but does well in hand, so I won't fault it there.
Fleury and Bondra are some solid cards, 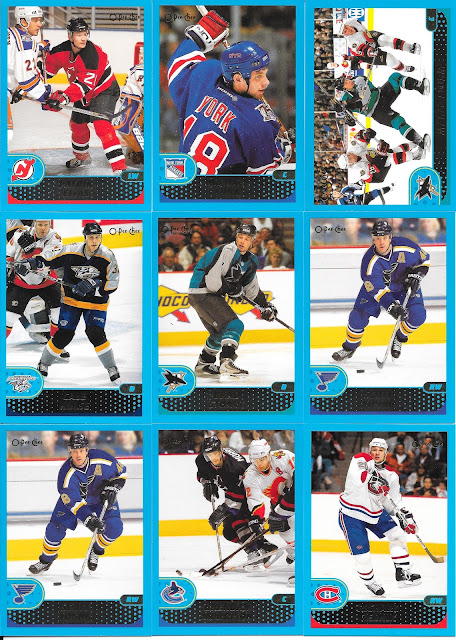 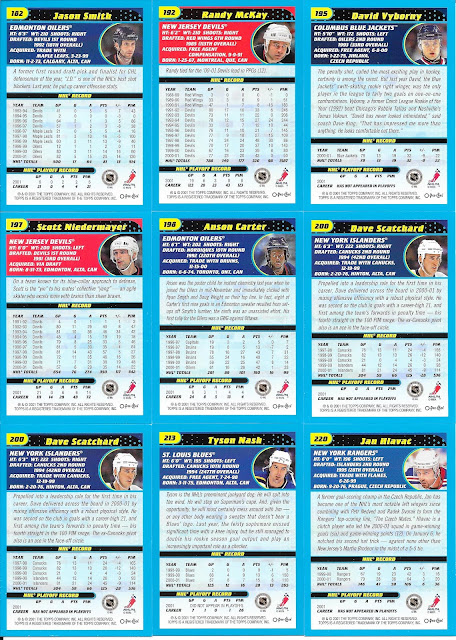 As for the backs, I really like them. A lot of information and full stats all crammed in, but done in a font that is still really easy to read for the most part. Heck, having a little head photo also helps to break it up.
So many good things about the back, and the colours compliment too - I could go with more backs being just like this. 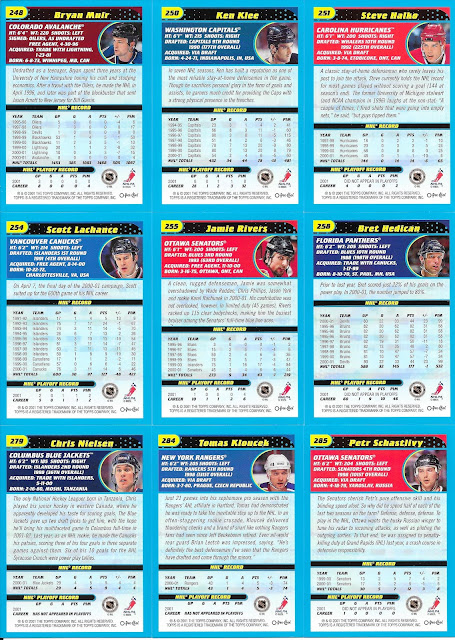 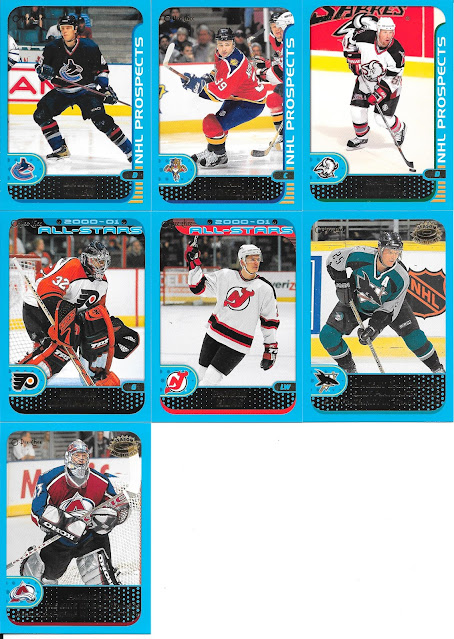 We even get a few subset cards with some top prospects - even if it's not a set I am going to go after, getting 5 Leafs, most of them new to me, makes this a good go. 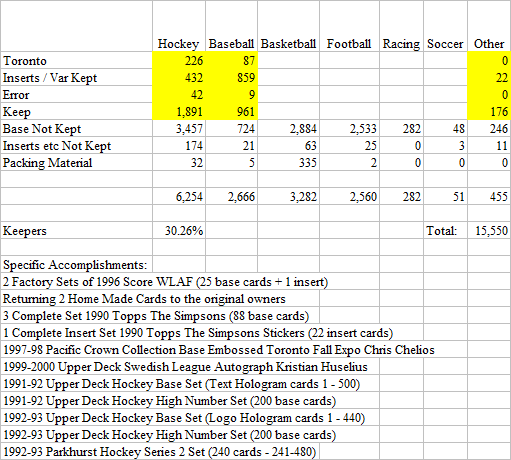