Sometimes the cards that come from these lots are more of the ad variety than the add to my collection variety. 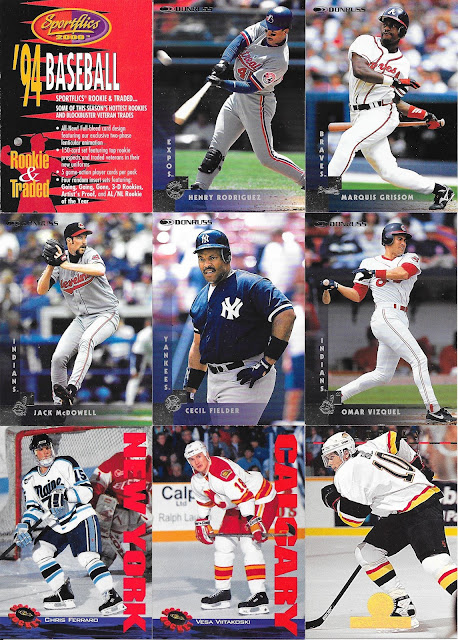 Here we have a Rookie & Traded set advert - I don't mind keeping and using these as packing material. They make for an interesting find for the recipient. Not sure how collected they are, but I am suire if you have some from over time, the progression is neat to see.
For baseball, we get some 1997 Donruss. I have the same design, full set, from hockey. Actually I remember buying a box of the product 6-7 years ago in Walmart as being where that was from.
Not the interest to collect the set in baseball though. 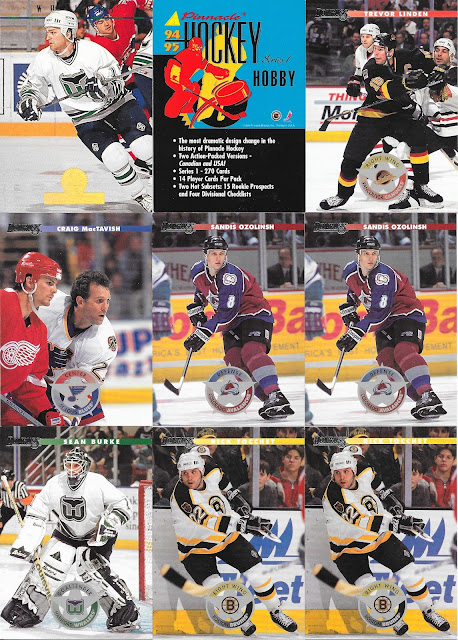 ANother advert - this one hockey, but the design screams mid-90s. We seem to be having a fair bit of DOnruss today as some from 1996-97 hockey here. 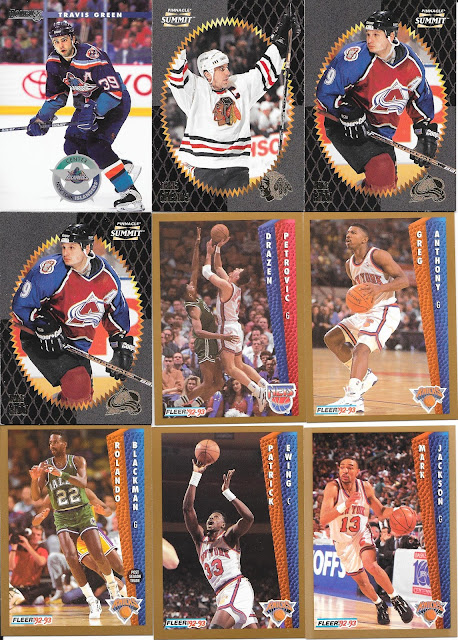 It's interesting, when I saw the border when seeing the sides of the cards, I wondered if it was Skyox - I think it was 90-91? SImilar colour, but instead, it's 1992-93 Fleer, and more specifically the Knicks which were Patrick Ewing and Charles Oakley. 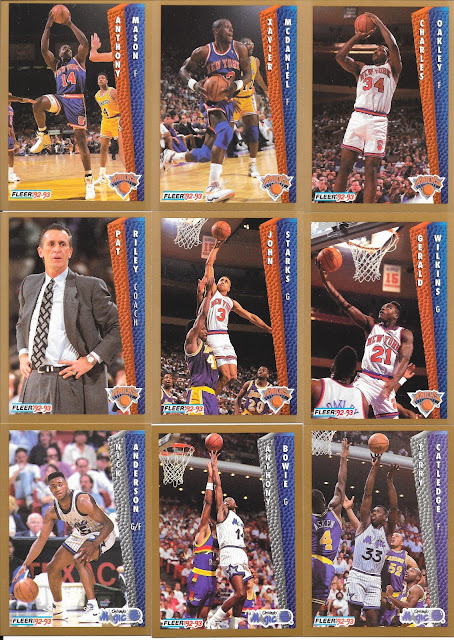 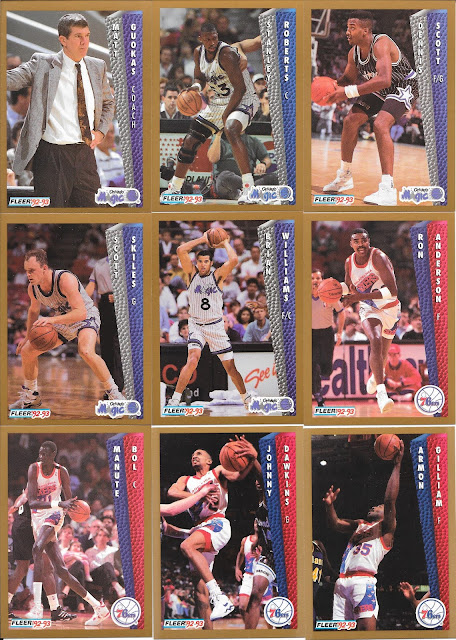 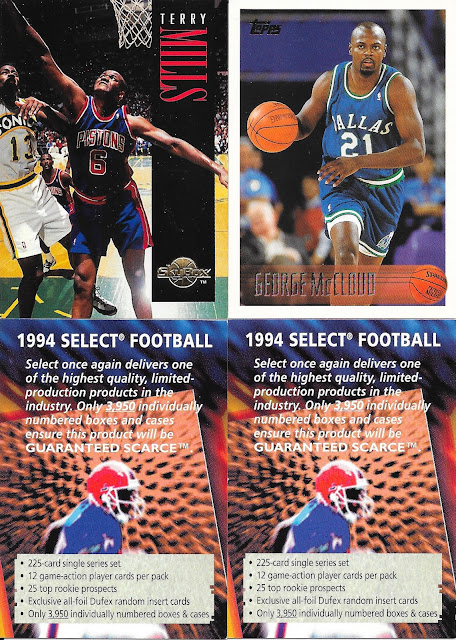 We even have a couple Football card adverts - similar timeframe of 1994 - go figure.
Last up... 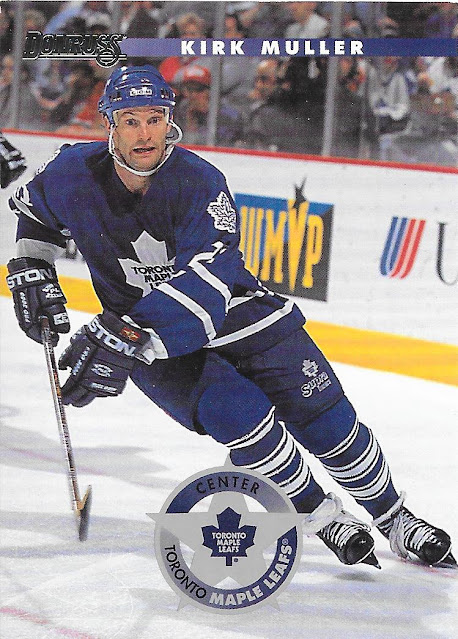 One solid keeper for the day, and at least it's a new card for me. Kirk had a solid run in Toronto though it was the start of his career in Jersey that I remember more. 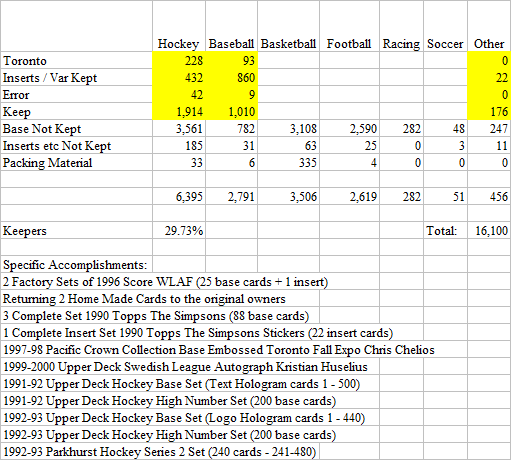