Before I get to the usual lot cards and the title, let me just say - www.baseballcardstore.ca and Steven who runs the show (though I think his wife helps a lot too ;) ) are a great site and a great person. Any card for a dime is great, and having it at your computer, super convenient. It may not have everything under the sun (yet), but I have no problem finding a couple hundred cards when I check it out. Always nice to get a big package of cards that are all "wants".

I recently got a nice little package from there, and placed another order too. Going to split up what I got recently as there are a couple themes to it. 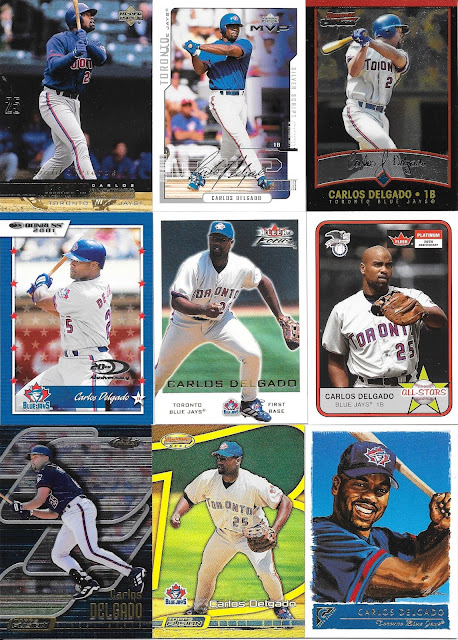 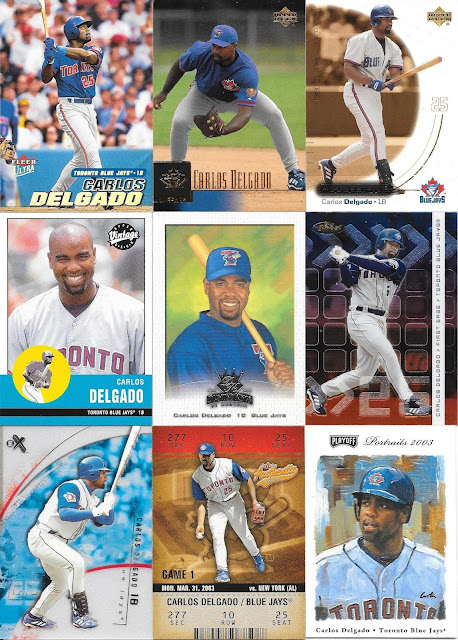 Isn't the variety of designs amazing given these just cover a few years at the turn of the century? I mean, something for everyone with the designs. It's the first I had seen of Topps Fusion which seems to take the designs from other sets by Topps and stick them all in one glutton of a base set with Fusion stuck on there too. 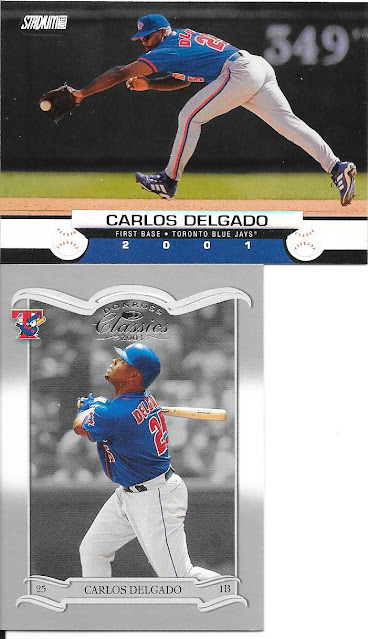 Still, these two are my favourites because:
1) Stadium Club generally rules and the nice full stretch grab horizontal shot is very nice.
2) Donruss Classics is a set I just really like...though the "T" logo could be replaced with a different era logo and be even that bit better.

Nice to see some additions from 2007-08 Upper Deck Mini Jersey set. I still think the set would have made a whole lot more sense if the base cards were at least shaped like a jersey or something. 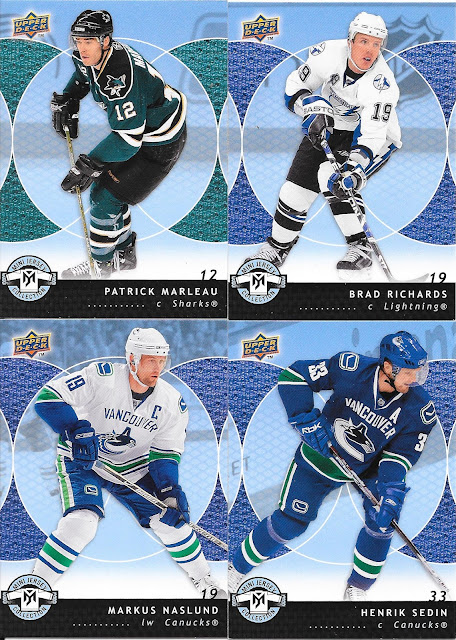 With these few additions, getting to about 2/3 of the pure base set completed. 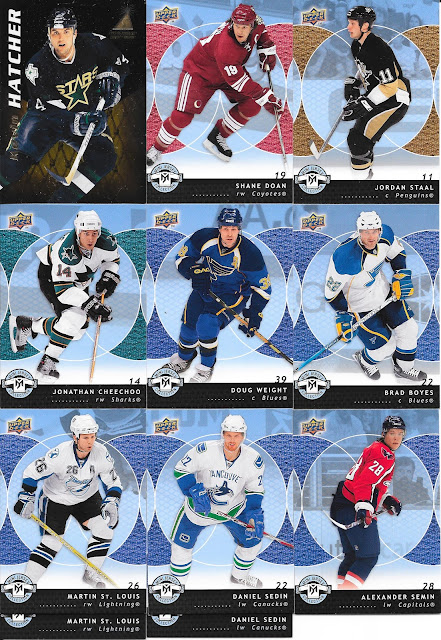 Having a chunk of the set, does make for some dupes from the set including a couple Sedin cards.
Oh, and to go with the cards from yesterday... 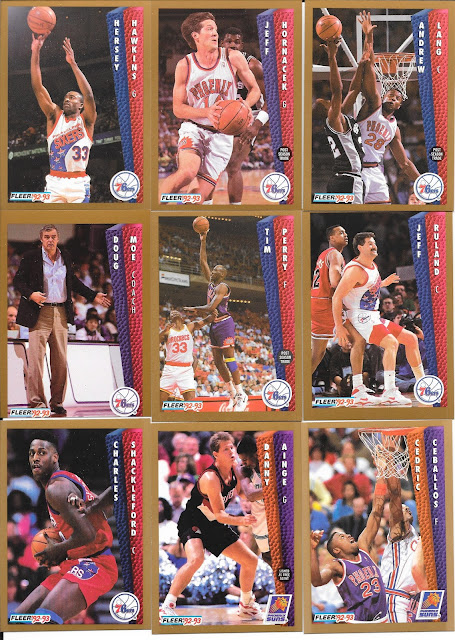 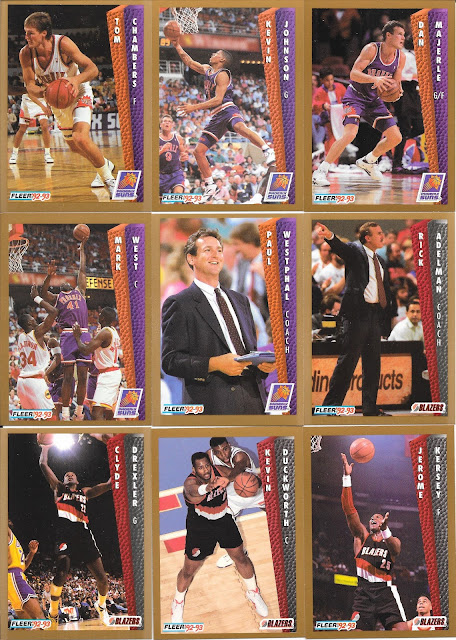 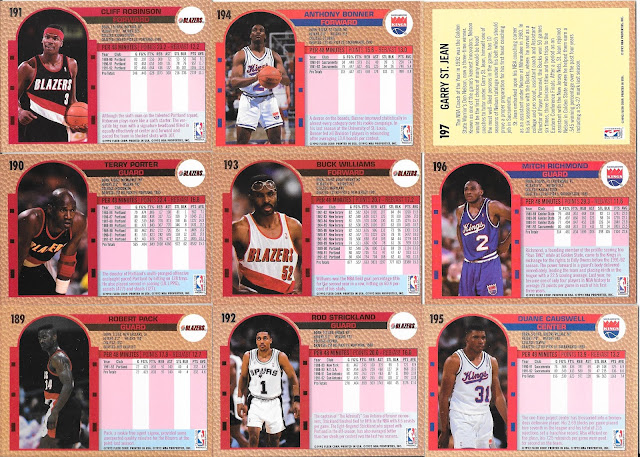 Figure I should at least show some of the backs from the cards since there are so many. I will say, I love the background speckled basketball look is really well done an a great touch. Not the biggest fan of the red and white striping for the states, but reminds me a lot of 1988 Fleer's blue and white. 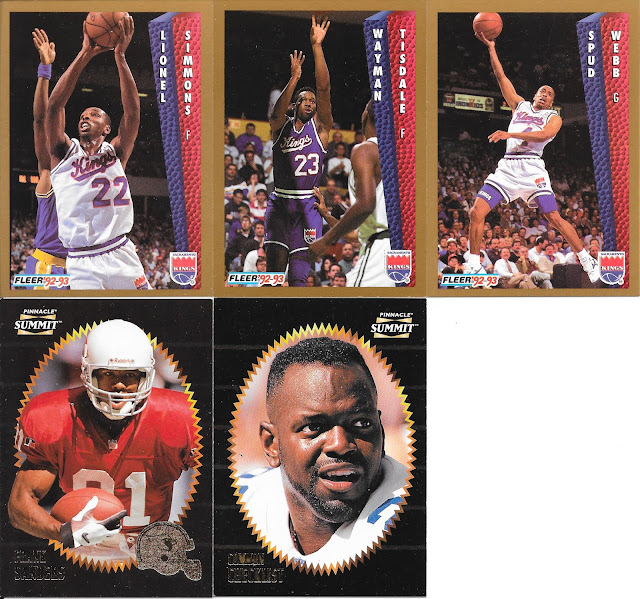 Neat - didn't know football had Summit from Pinnacle, but there you have it, apparently they did.