Sure, we have seen some of these cards before... 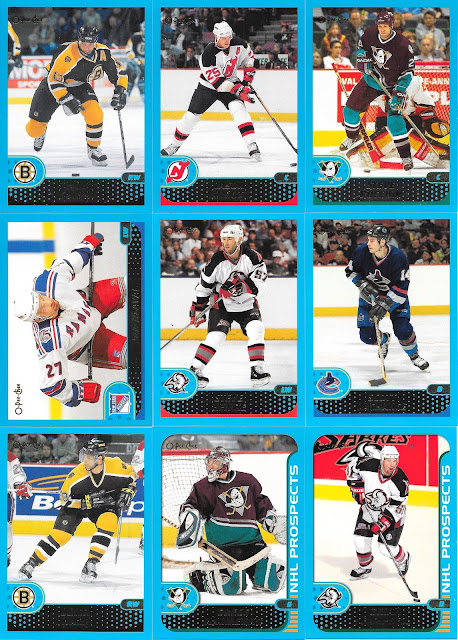 and we saqw at least a few of these as well... 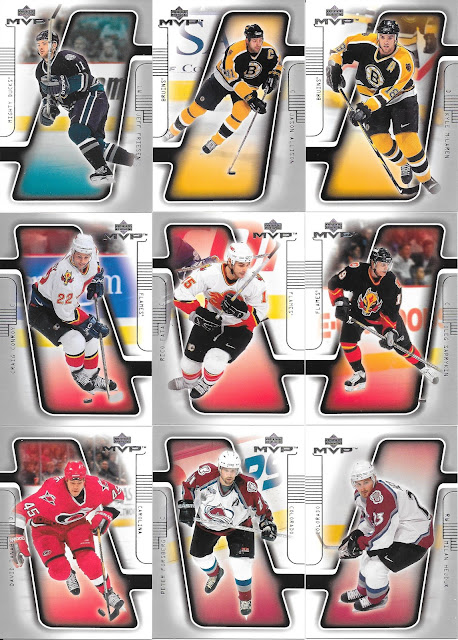 but much more of them today. The front design of 2001-02 Upper Deck MVP is interesting - I believe the design, when the cards are put in order, "connects" card by card like Forsberg and Hejduk in the bottom right corner above. 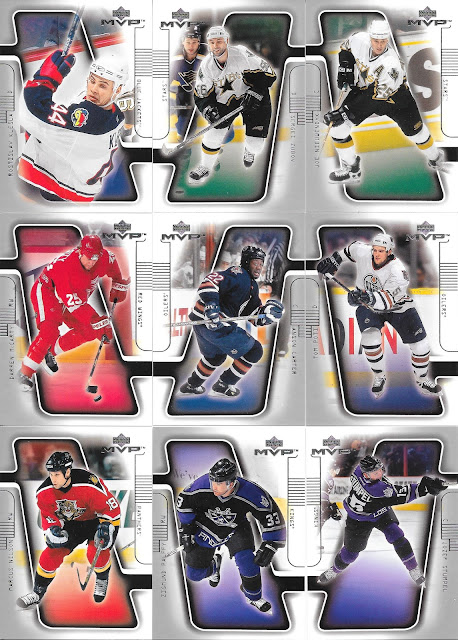 Though I like the team colour brought into the background, could have been done with the outer border, and left the player picture being more of an action shot. 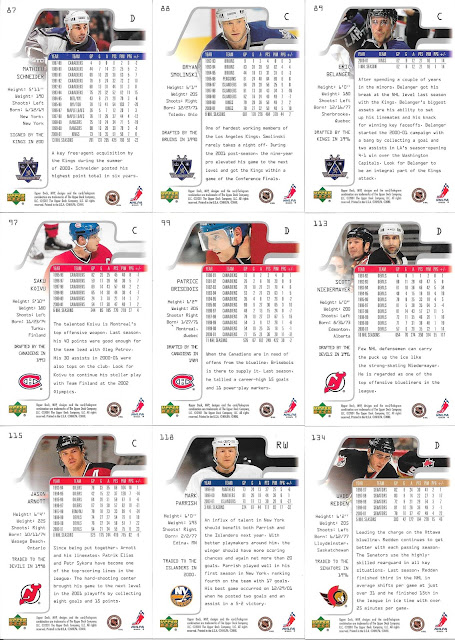 Nice that they had full stats though on the backs, a different head shot picture, a little write up and the basics. Even room for the team logo which didn't find a place on the front. Solid overall, and fairly easy to read. 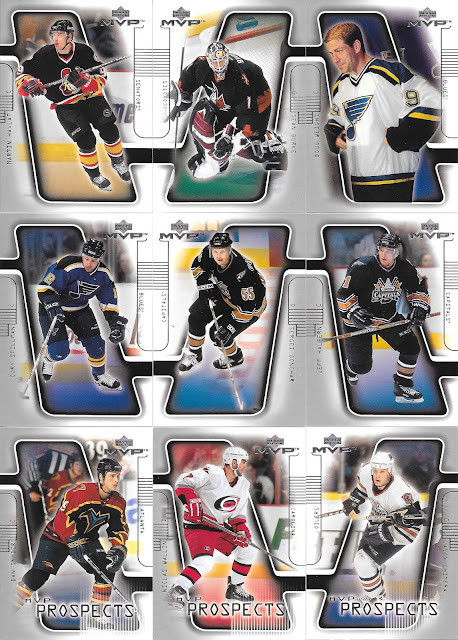 Unsurprising the set ends with a subset of prospects. 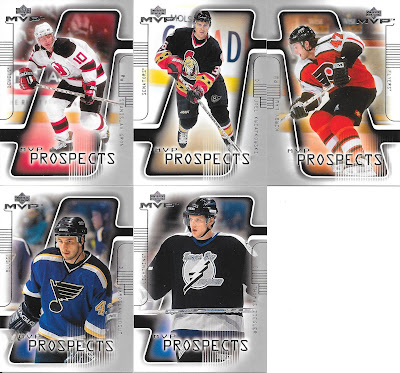 2001-02 Upper Deck MVP is a base set on the smaller side - 200 cards if you disregard the prospect insert which, like Young Guns, I am apt to do these days.
Well - won't jump at this one quite yet, but we will have to see where things go from here - maybe if I see enough of it, could add it to the wants, but not feeling this set yet. 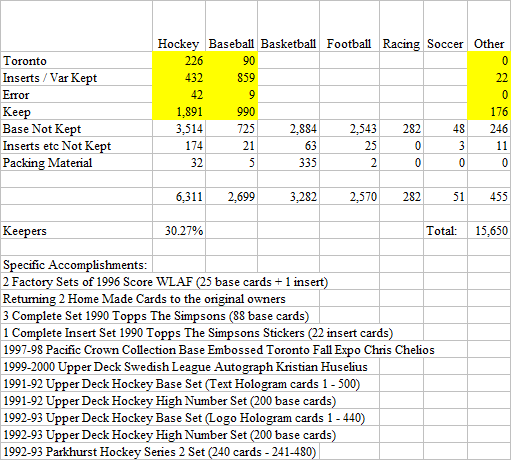 The summer has been slower with trading - I haven't initiated much of anything, but I did get a second trade request from tucha at TCDB who is an O Pee Chee collector, and I have O Pee CHee to trade, so let's see what I got in return with the stuffed PWE. 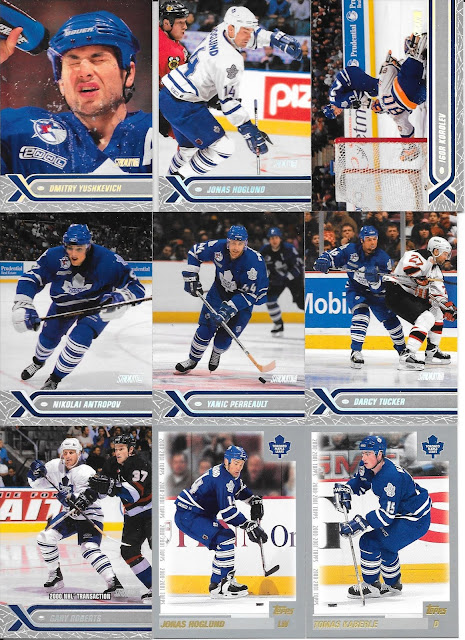 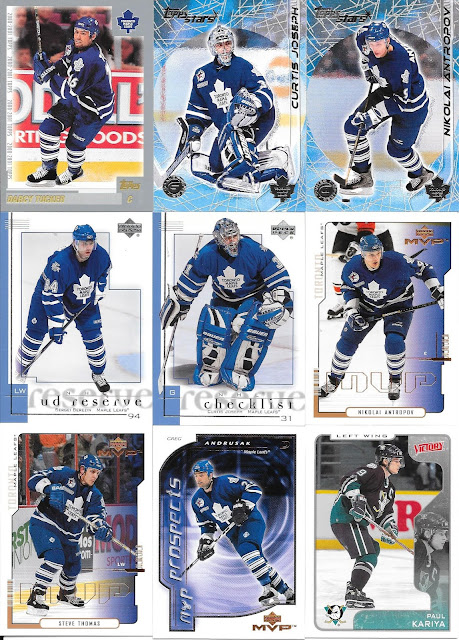 We stick to the same time period for even more Leaf cards. I like the etched ice effect on the Topps Stars cards - the light blue is nice for team colour accent as well. 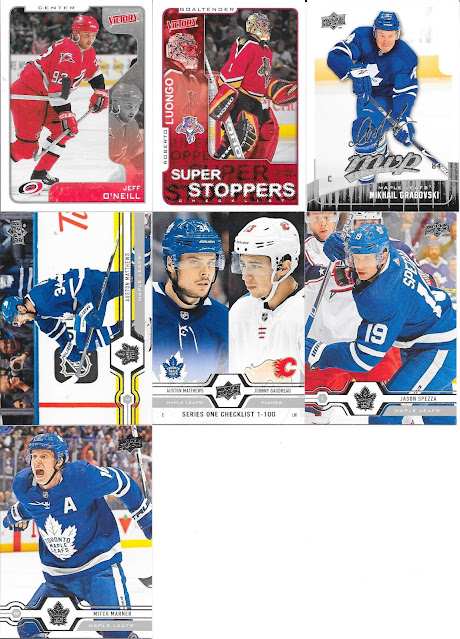 A while ago I cracked a box of 2000-01 Upper Deck Victory, so do have the 1/3 of the missing base set on my needs list, so we get a few helpers there, and some more recent Leaf additions too with Auston topping the inclusions there.
A great bunch that I am very thankful for adding to my collection.
Posted by CrazieJoe at 8:00 AM