When looking at two halves, one is going to be better than the other. Yesterday was better, but that doesn't mean today is horrible.

Not as plentiful with the artifacts on this side, but still - 10 out of 100 cards isn't too bad at all. 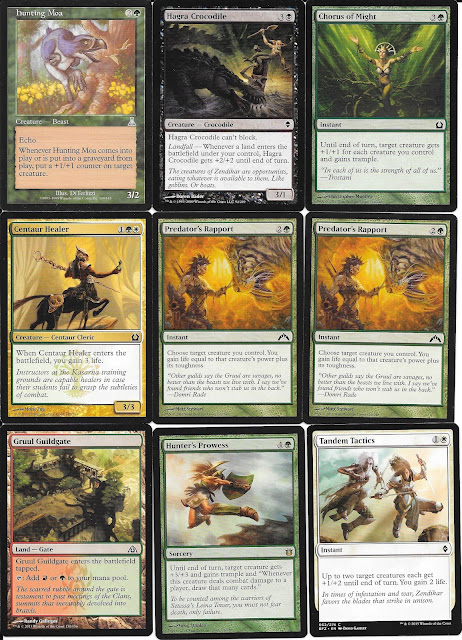 Always like to see cards pre-2000, so an Urza's block Hunting Moa is a neat find.
Predator's Rapport is a nice looking card and pretty neat effect too, There doesn't appear to be a sacrifice impact, so just have a big baddie out, or something pumpable, and that could be a great life add. 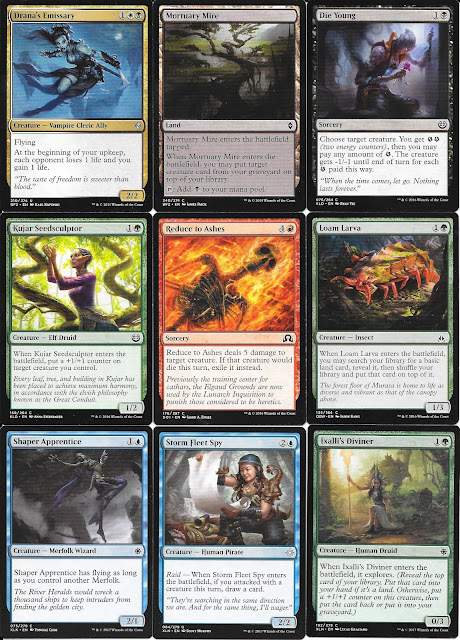 Again - great artwork, I especially like the Drana's Emissary - dark but so nicely detailed. 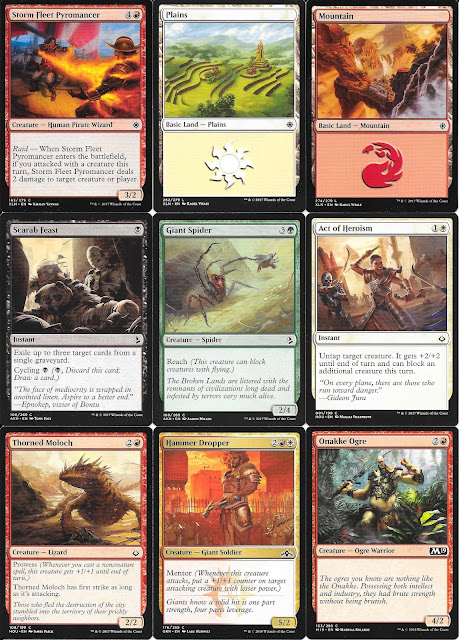 Some things never change - well, much. Dead centre, you have a Giant Spider. This was part of my green deck with the revised version, 4 copies, in my deck as a way to stop creatures, but specifically flying creatures. Back then, the card just said it was able to block flying creatures, which was later given the name of "reach". I like the old picture better in this case. 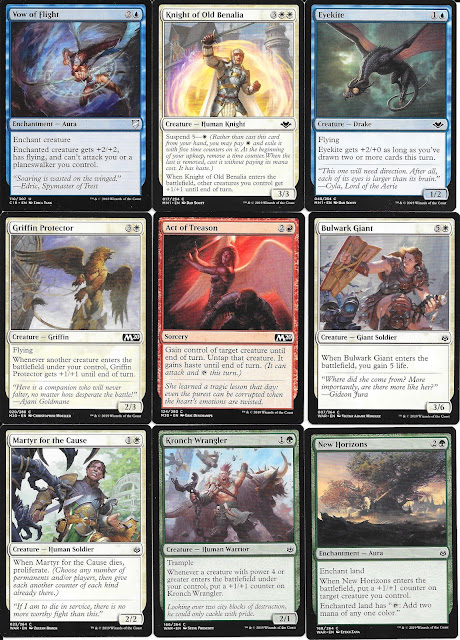 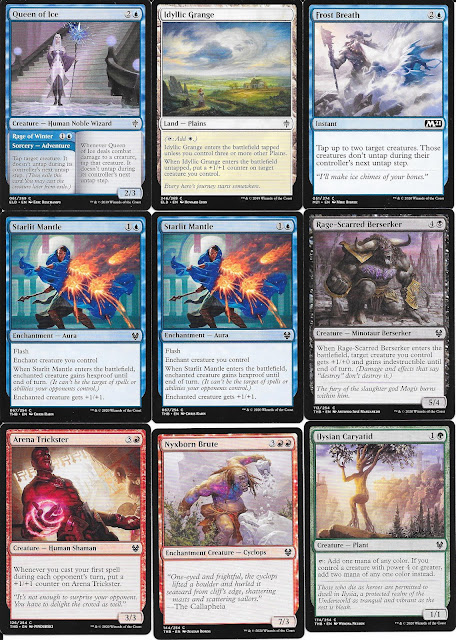 ANother Elsa...err...Queen of Ice, and more Starlit Mantle cards as well. 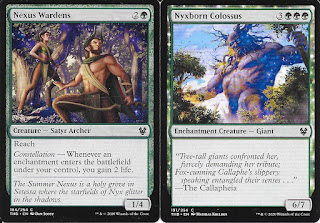 We end with what would certainly be considered a big baddie - 6 casting cost for a 6/7 with no abilities at all. Generally speaking, if no abilities, you usually get 1/1 for each casting cost. For example 4 to cast a 4/4, 6 for a 6/6. Some variation, and it is more casting cost for abilities, but Magic has kept fairly well to that rule of thumb.
Solid overall for what it was, and fun to go through. Back to the lot tomorrow!
Posted by CrazieJoe at 8:00 AM