More Leaf in the Fall

I guess it is the fall, so having some Leaf cards fall out of the lot makes some sense.

I would be remiss if I didn't point out the first card being Cliff Floyd, a player that now makes me think of fellow blogger Mike from Not Another Baseball Card Blog as I have sent a number of his cards across on his quest for a whole bunch of Expos. 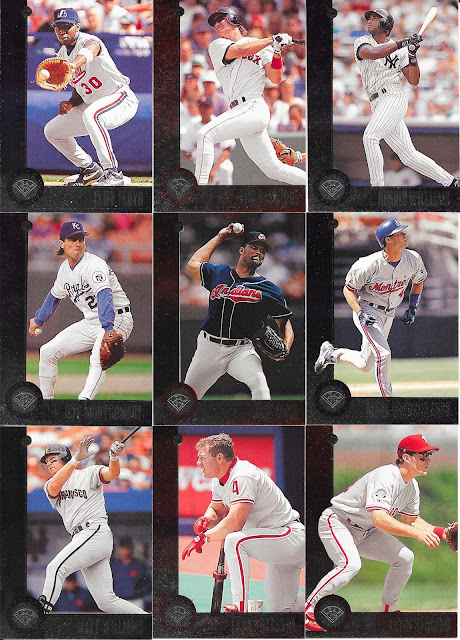 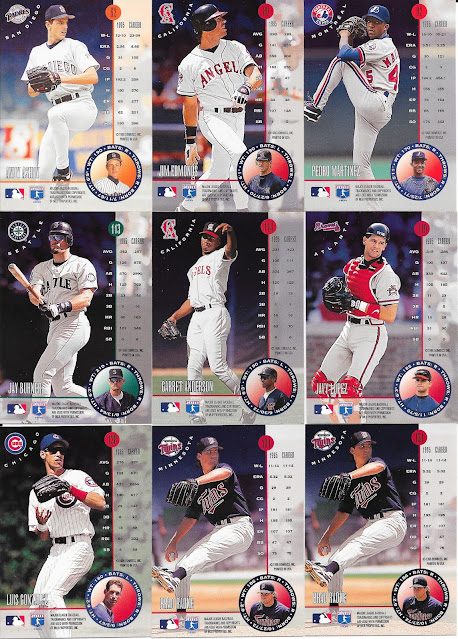 The backs of the cards are pretty decent if you overlook the fact there is just a current and career line for stats. Well, we do get another Expo for Mike (this set isn't one I plan on collecting). 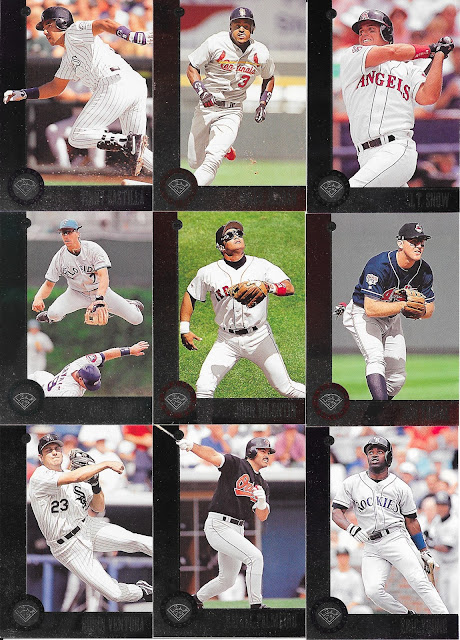 Kurt Abbott (middle left - as the foil makes these hard to read when scanned), gets some good air on turning that double play. 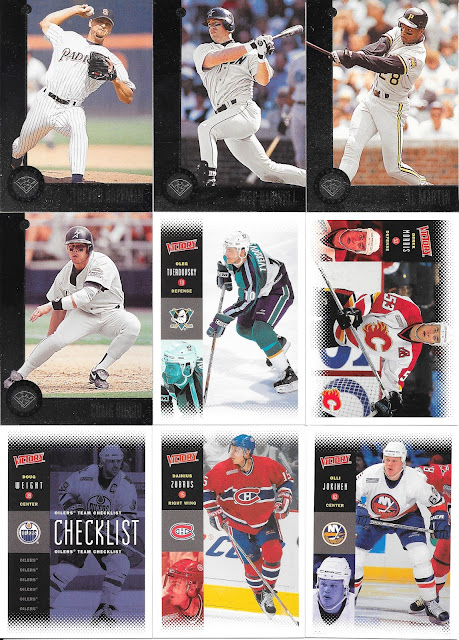 Some hockey today as well in some 2000-01 Upper Deck Victory. It may be a low price point set, but it is a fun design usually, though this one isn't one of my favourites. 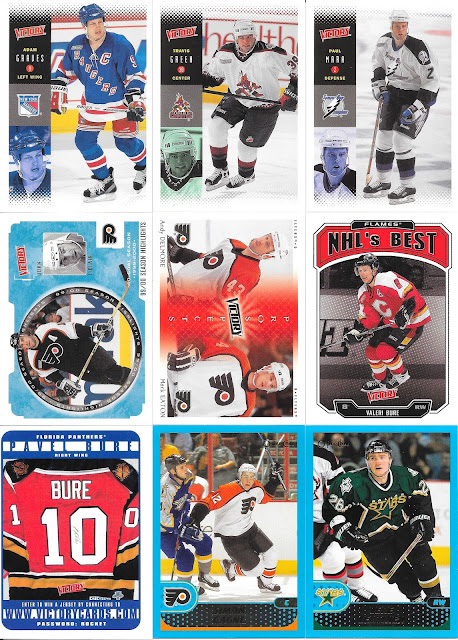 Some base subset cards from the Victory set which, honestly, I hadn't seen before at all, and then into some cards we have seen with 2001-02 O Pee Chee.

The Iginla Top Shelf card isn't too bad - not a set I have really heard of or seen much of...will have to save comment until we see more. If we see more.
Luckily though, we can end with a couple keepers... 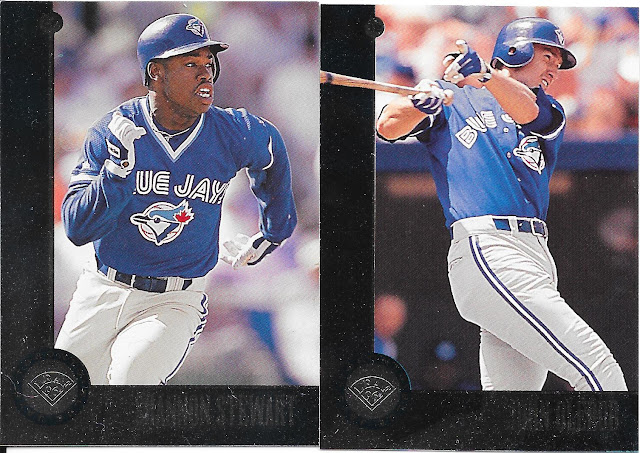 1995 Was Shannon's first big league time having 12 games with Toronto. He was another potential big star, but didn't quite pan out the way he was supposed to. 1997 was when he finally started to hit his stride, then 5 and a half seasons as the main centre fielder in Toronto before heading to Minnesota, the Oakland and back to finish with about 50 games in Toronto in 2008. 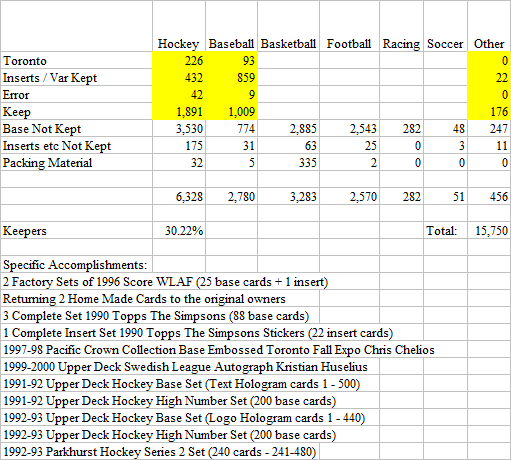