Given yesterday, didn't want to focus on the cards because that shouldn't have been the focus for yesterday.

Today is a different story, and we get another bunch  so we get a chance to review anew. 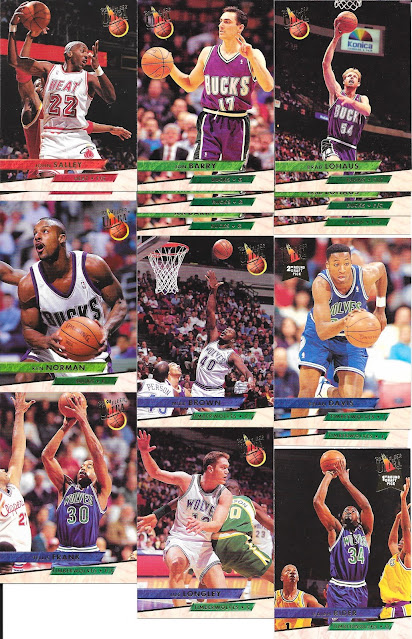 The Ultra design is one that made it across all the major sports, and I am most familiar with it in hockey, but here we have it with 1993-94 Ultra. Definitely a design that has grown on me and aged well. I wasn't originally a big fan, but like the simplicity of the front and the look with the team colou accents, and not having the design overwhelm the photography. 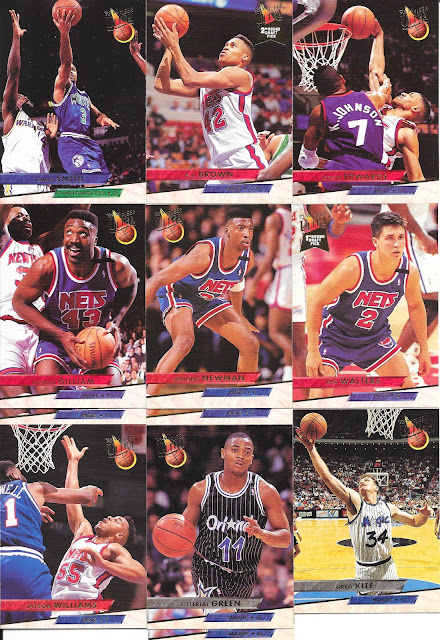 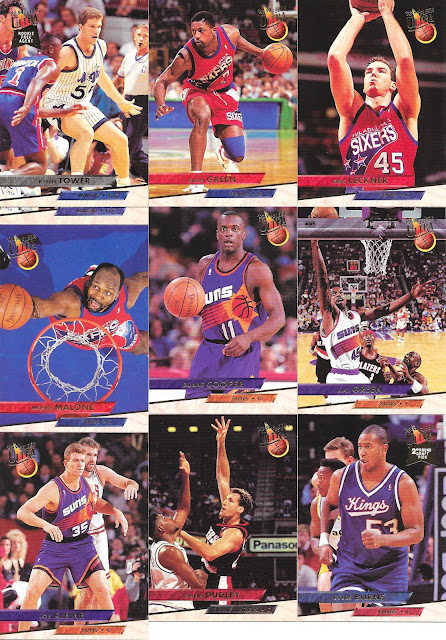 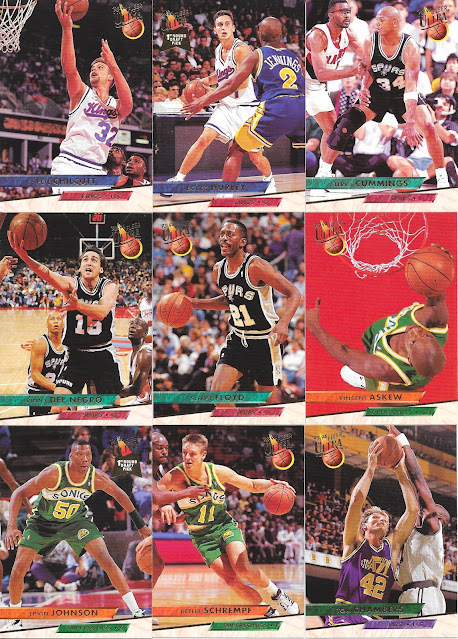 Wow - there are a couple names I haven't seen in a while. Schrempf - which always bothered me because the name needed at least a couple more vowels in it with all those consonants, and Sleepy Floyd, I mean, guy was pretty active for someone named Sleepy! 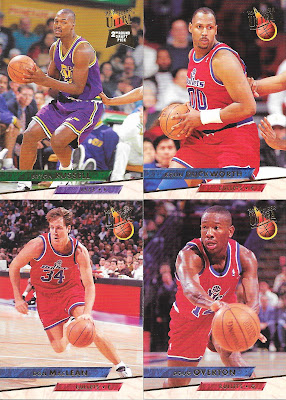 Sure, seems like the big names are MIA from the cards here, but between yesterday and today, we have a good started set going if anyone is interested! 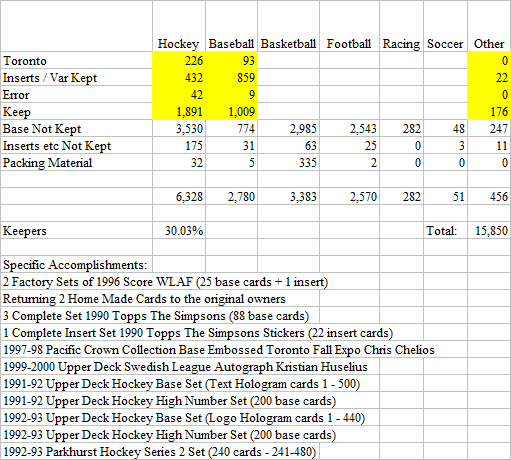