Since we are getting some more 1993-94 Ultra basketball cards, best to give a view of the backs for some change of pace. 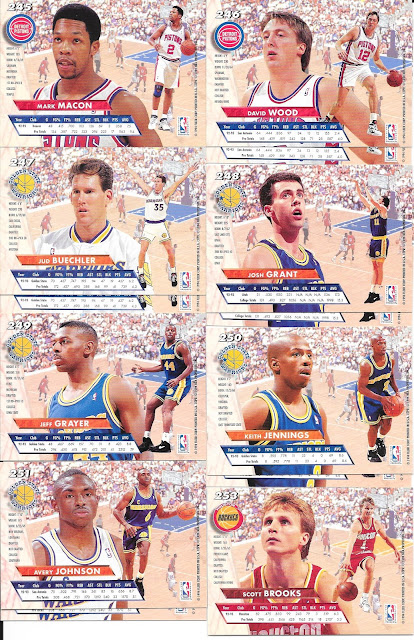 Anyone who has seen the design, in any sport, very much the same, but I noticed something I can't say I noticed in the other sports design. 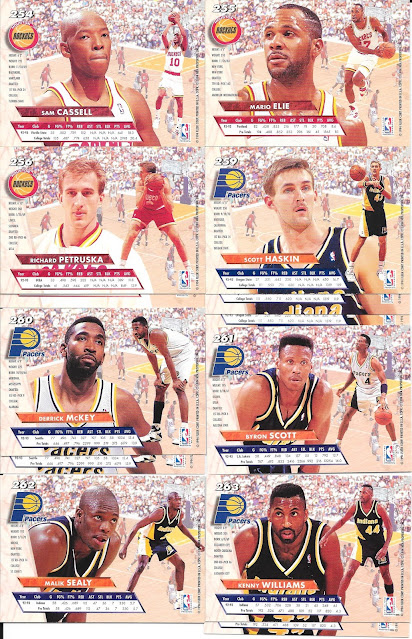 The background court picture, is exactly the same on every card, except they went to the effort of changing the colour of the key to match the team colours. Looks a little odd when they didn't change the team jersey colours of the two teams playing - sometimes it works, sometimes, not so much.
I haven't looked at the design from the other sports to see if they did something similar, but it's interesting to see when looking at al the backs together like this. 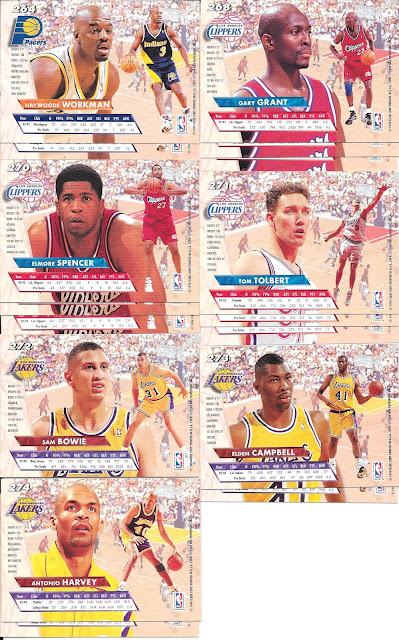 The cropping is a bit different card to card, but otherwise, very much the same. I wouldn't have minded a single short per team, maybe of the home court, that would have done the same, but I guess wasn't as cost effective. 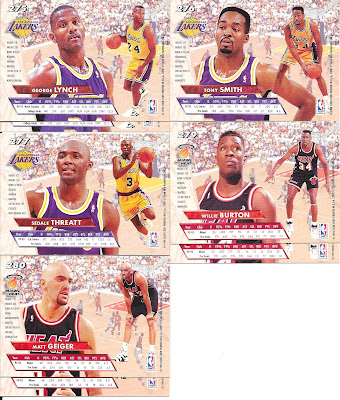 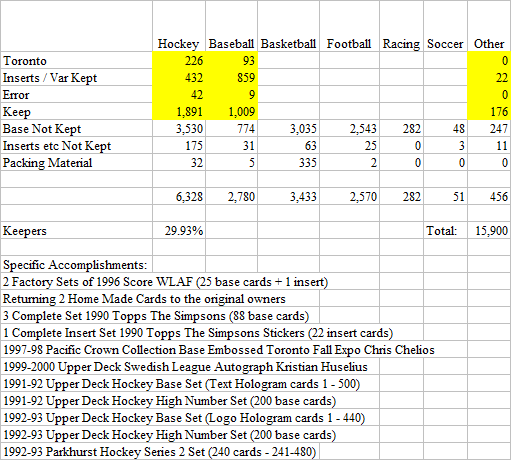 So ending today, a quick update on my Magic The Gathering unopened pack collection. I just put in for the last couple packs I am likely to buy, but those are yet to come in the mail, so will share them later. I did however pick up and get this one... 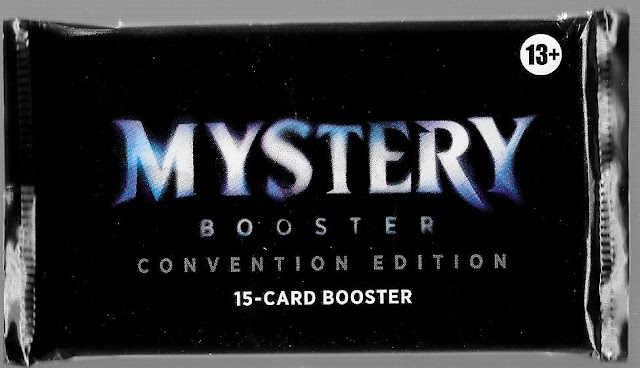 The Mystery set came out in late 2019 (Convention version) and then retail version in early 2020. Just recently, the set was for the most part re-done, though with a few changes and thus this is the 2021 Mystery Booster Convention Edition.
Soon enough the only packs I will be missing are a handful that are $500+ each - yeah, happy enough being "done" otherwise thank you.
Posted by CrazieJoe at 8:00 AM