Head Into the Comics

An interesting bunch today, though we start with standard fare - a few card keepers in my 1992 Stadium Blub baseball set build...slow going, but still a set build. 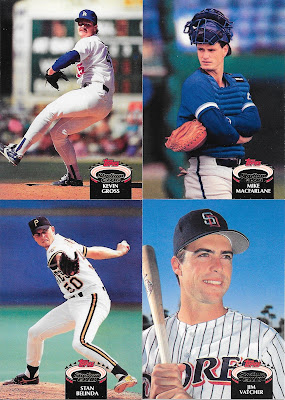 As a kid, Kevin Gross was a name that always made me smile.
Many more cards today I won't be keeping. 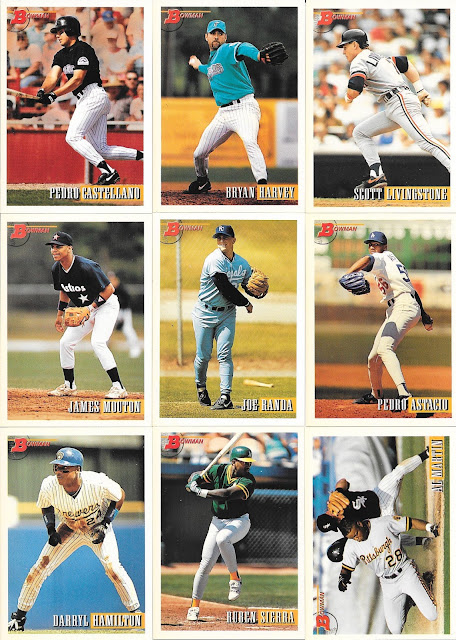 1993 Bowman is a big set, and as you can faintly see - these cards appear to have a bit of yellowing. As the yellowing is on one side, I suspect these were packed tight in a box and the "up" side took the damage. I have done the work to get rid of the smell, so the cards are good in that regard, but these aren't cards I would just trade away - will either keep if the set shows up enough here, or give away. 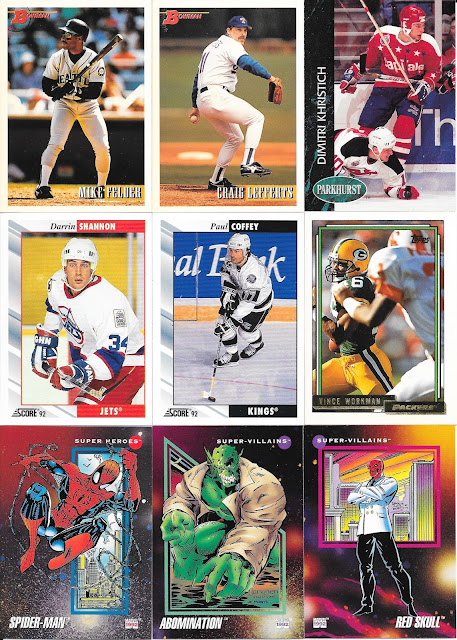 We get an interesting one off Topps football gold parallel of which, the desigign is the same as their other sports that year, and then into some interesting comic cards.
Spider-Man is card number one in this 1992 Marvel set. 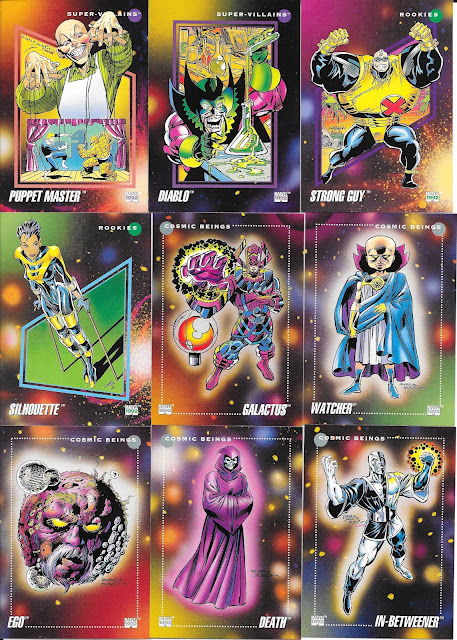 I don't know how prevalent or scraping for detail the cards are - the dates for first appearances from the back date through the late 60s, 70s, 80s and early 90s, but not being a "comic guy", I can just tell you, many of the names I hadn't heard of before. Heard of death - just not what I picture him to be...and Strong Guy sounds like a nice generic name. 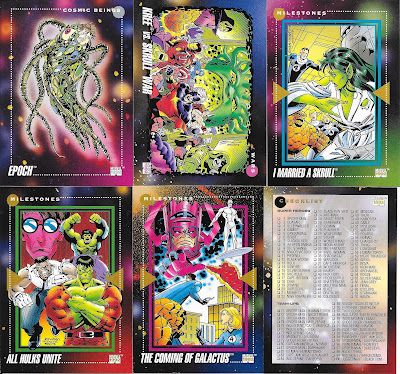 Still, interesting cards, but not for me. The Spider Man was a tease though, because from the same year, we also get a bunch of Spider-Man specific cards... 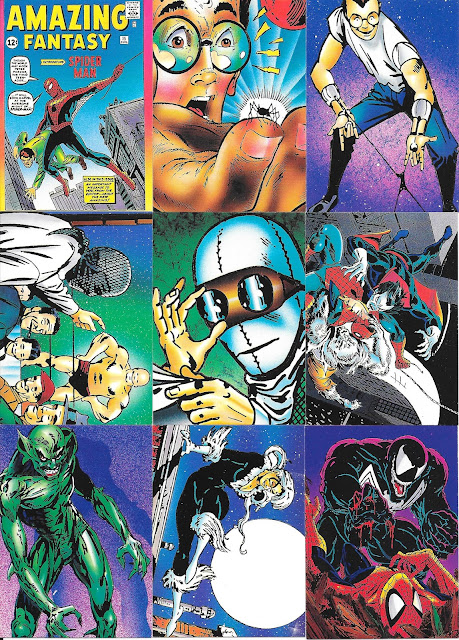 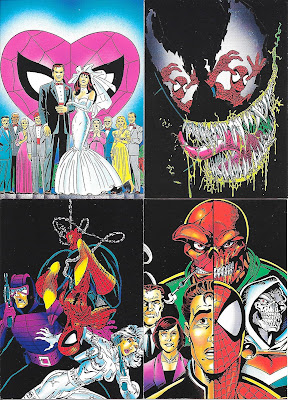 Okay, so not a big fan of some, but others like the Venom cards do look really nice and well done. The backs essentially provide facts about the moments in the comic books and where possible, like the wedding, relate them to actual events.

Quirky, unique, and cards I would never have picked up in usual card buying dazes, so exactly the fun stuff I look for in these random lots. 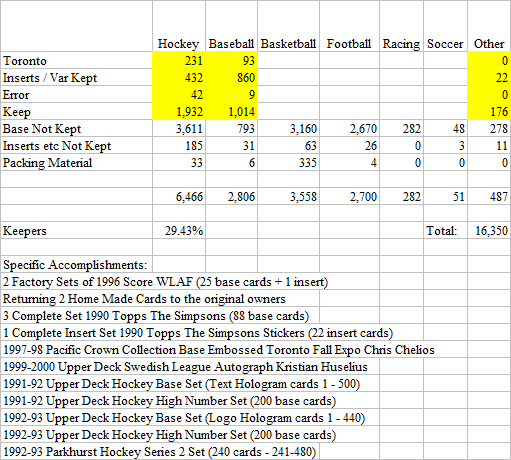