Monday Night Football is popular. I think it was most popular in the 90s, but maybe that's just because that was the only time I ever really cared. Frankly, I never watched anyway - I mean, Monday Night Raw would always win out...or Nitro and Raw depending on how I was flipping between them. 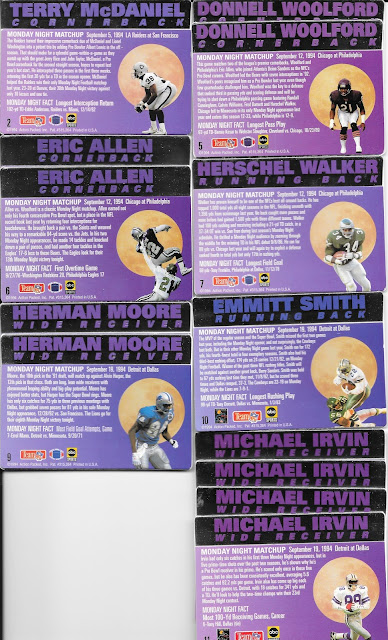 It was populat enough to have sets named after it, like this version of 1994 Action Packed Monday Night Football set.
We have seen some of the cards before in the lot, so I wanted to show off the backs here. 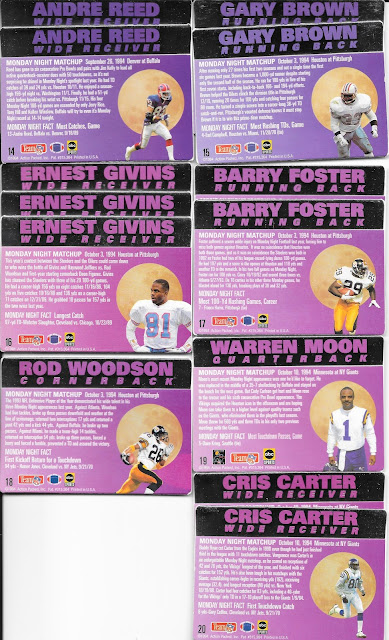 At only 74 cards, it is a small set, so getting names like Irvin, Moon, Carter, no surprise as it can highlight the best of the best. 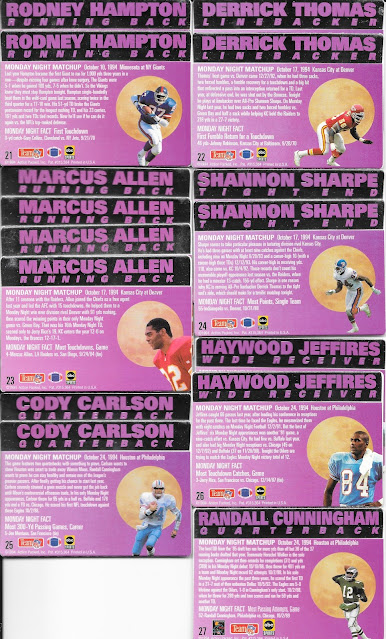 Instead of stats, since the focus is Monday Night Football, you get an appropriate write up on the back and second photo. 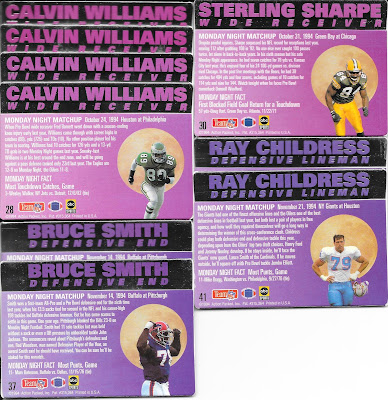 Still not a fan of the cards themselves as they are like a single piece folded over on itself. The front is flat and the back has the end of the sides coming around right under the name and above the write up. I am so temped to rip one apart just because, but will behave myself...for now. 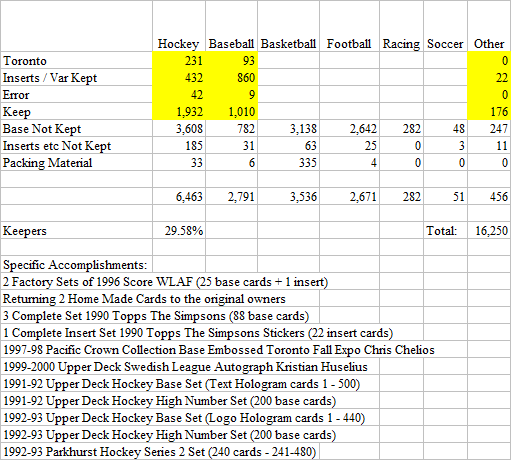 We end with fascinating breaking news - did you know www.baseballcardstore.ca doesn't just have baseball cards? Amazing but true fact as I'll show you here... 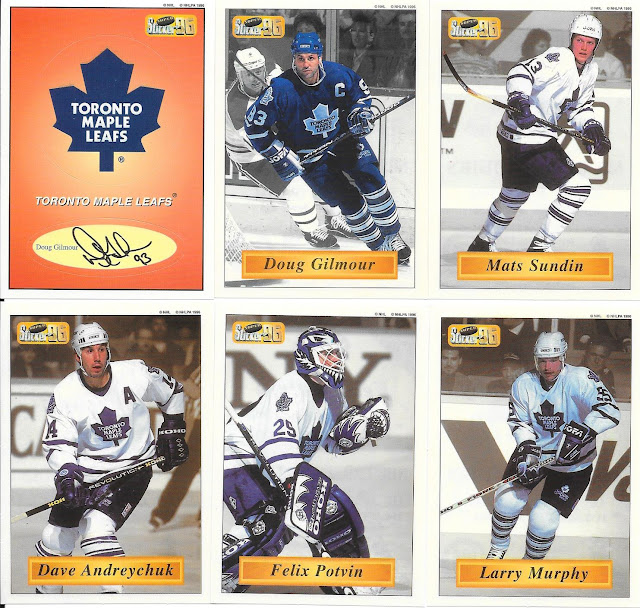 I always love a one and done, as here I have the complete 6 card Maple Leaf team set for 1995-96 Bashan Shabtai Stickers. This is the first I ever heard about it, and I haven't looked up the details yet, but very cool bunch of stickers - including a (faux) auto.
Another one-and-done, more literally, is this one Maple Leaf inclusive 2010-11 Donruss insert set card... 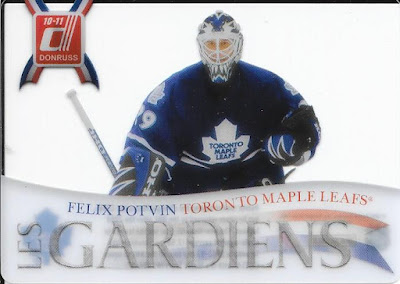 A nice acetate / see-through card, always find them really neat.
Some other Leafs... 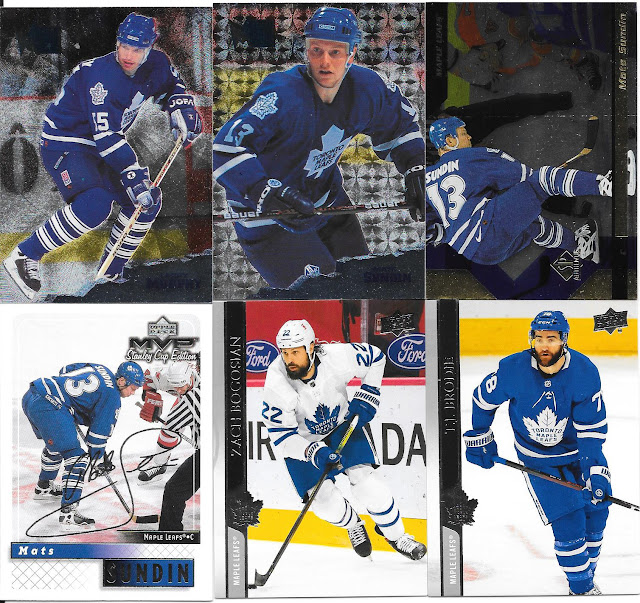 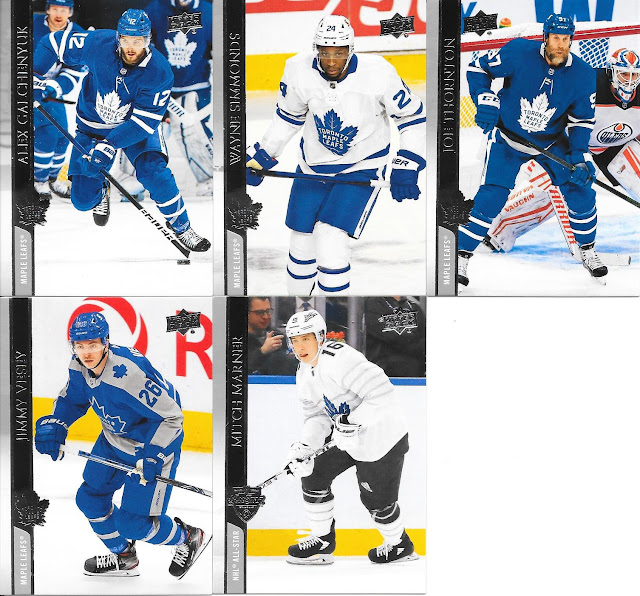 I haven't bought any 2020-21 Upper Deck packs, but now have all the Leaf base cards (no young guns or short prints), which I love.
Oh and... 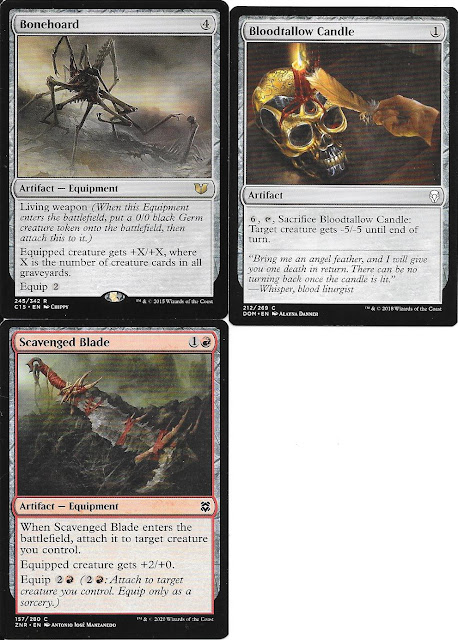 Yes, even some Magic cards that I could add to my collection.
Many thanks for a great site Steven!
Posted by CrazieJoe at 8:00 AM