Quick Drive Through The Park

So there was a good chunk of 1992-93 Parkhurst cards again, and I was hoping they would be series 1 since we completed series 2 earlier in this lot, but no such luck.

Instead, we have another good gathering of series 2 cards. SO rather than go through these again in full detail, I'll just say there were a good 160+ dupes from series 2 I won't bother scanning and sharing again here, but will share the keeps at least.

We did end up with some Toronto cards still, which is always awesome, including a couple Emerald Ice parallels which were new for me, so that's cool. 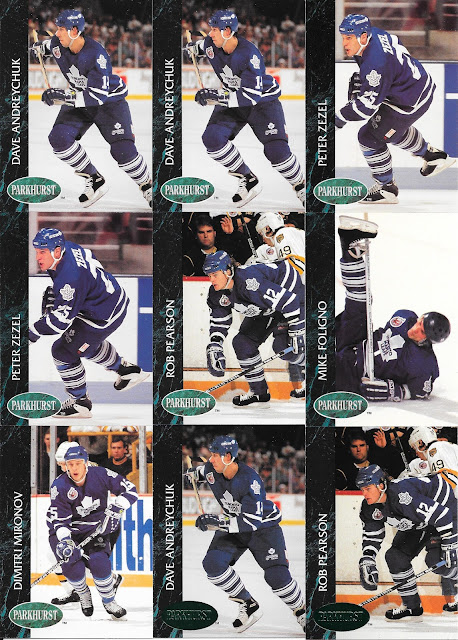 With the Emerald Ice parallels coming one per pack, I gather they were left in as the way these were put together were like opened packs just shoved together. I couldn't even tell if anything was skimmed out from these ones, not that there were any real big money cards in the set of course.

Does mean I get a few more of the cards for the insert/parallel collection: 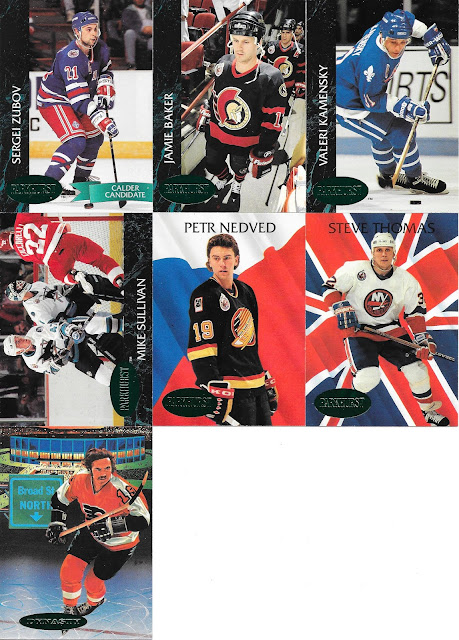 Puts me at 57 Emerald Ice cards from the set which is pretty good for not really trying! 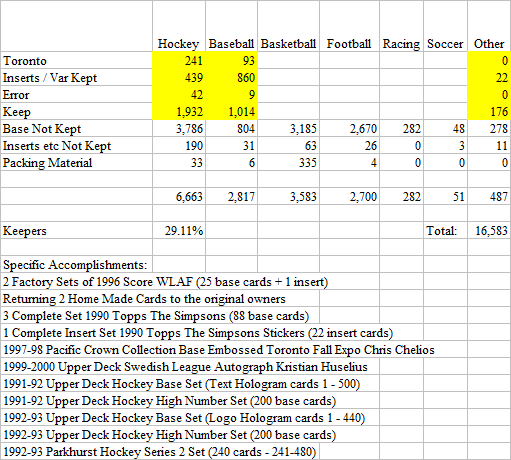