Today we have a bunch of cards from a set that is one of my back burner builds, and all of these cards are out of series 2. I have less than 20% of the full series going in, and this bundle pretty much doubles that with 93 new set additions for me, including some Leafs. 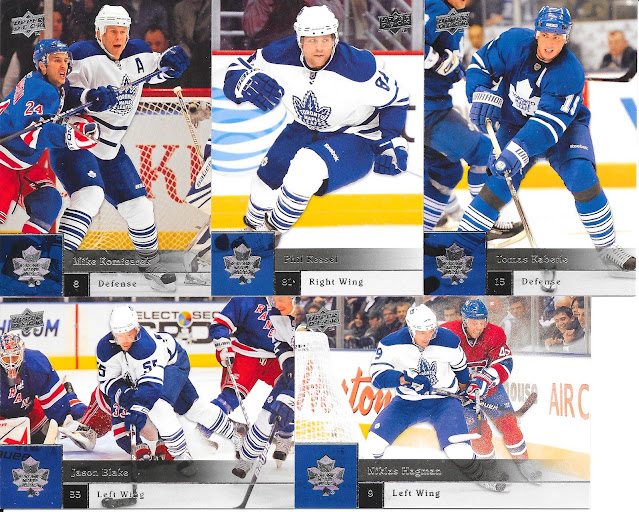 Though these years were not my faourite with the Leafs - I can them the Kessel years - I still must document my team, even then. 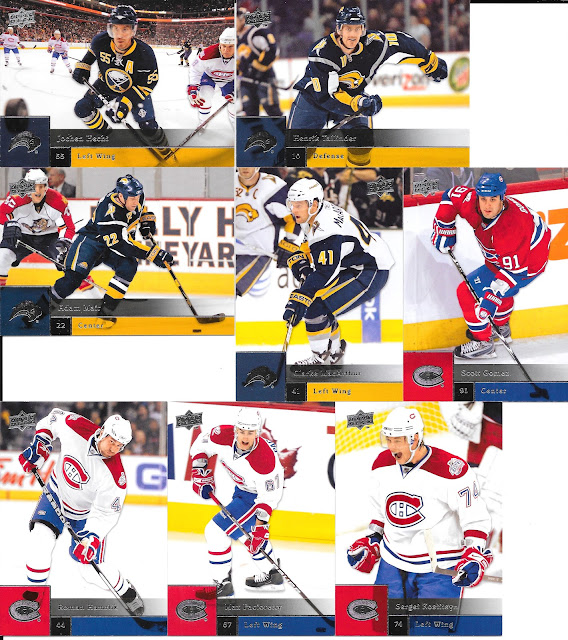 As for the rest of the additions, I believe Boston was the only team not represented at all for whatever reason, and I ewnded up with a couple adds at least for every other team.
Overall, like the fron design with the logo and the team colour matching which is nice. A solid design from Upper Deck. The backs were good too, only small complain would be for those will fewer stats having a big empty space - something O Pee Chee sets do generally as well. 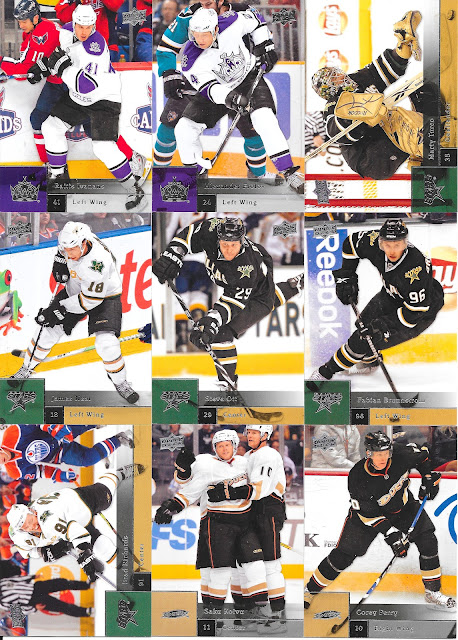 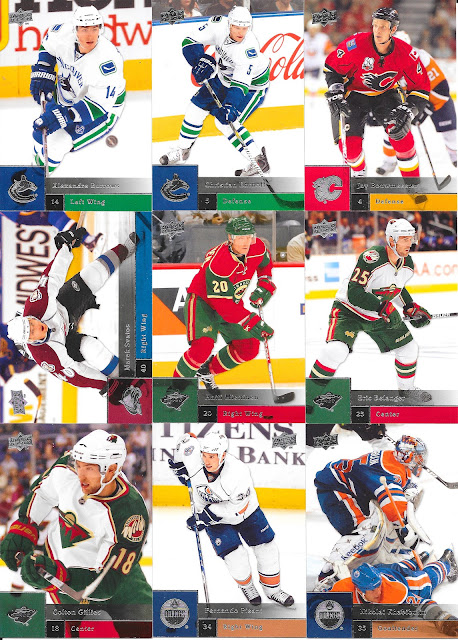 My best guess looking at the cards as a whole is that these are the remnants of a box break - someone took the inserts, young guns, and maybe some PC cards, while leaving the rest of the base cards here. I can live with that!
Just for show, here are some of the dupes if anyone has any needs - but they are all entered in my TCDB traders so just check me out there! 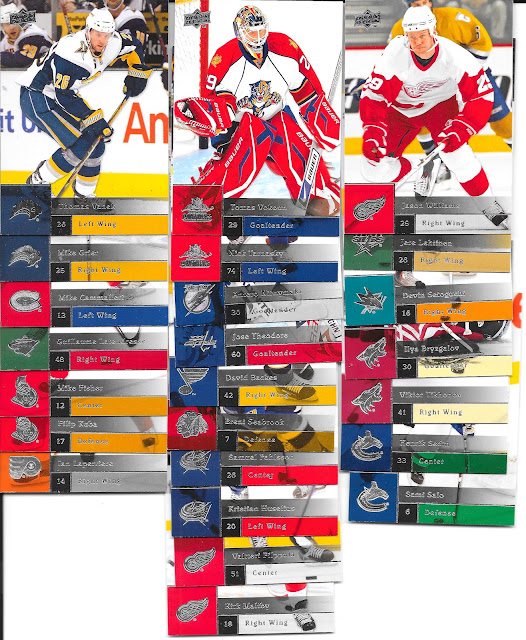 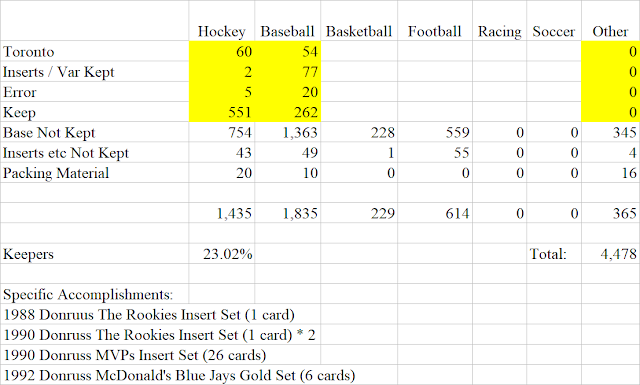