The COVID lot provides me with a dabbling of sets I didn't really know about from the late 80s. 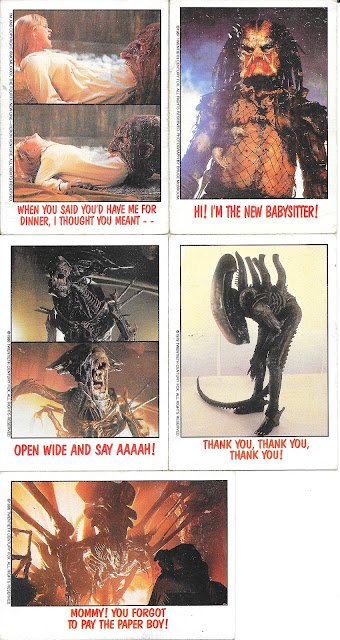 So O Pee Chee Fright Flicks was a thing apparently. Nothing like collecting cards about the scariest bad guys on the big screen! Happily, didn't know about these as a kid because I was 10 in 1990 so shouldn't have known about any of them.
Now, I enjoy a good scary movie and have seen many of the ones referenced in this set. The cards are a bit rough in shape, but will have them for trade if anyone is interested.
The last couple sets we touch on... 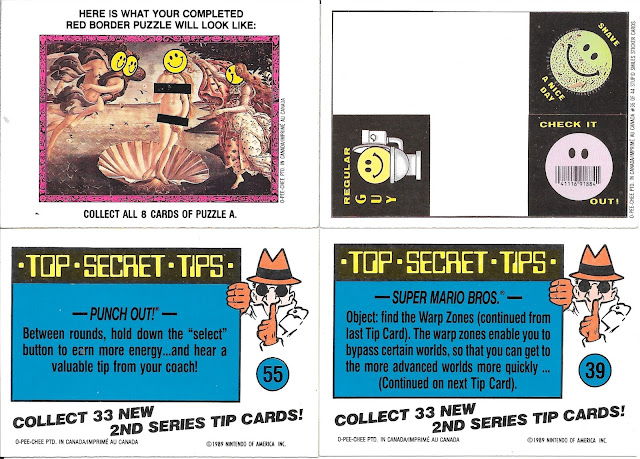 So...the top two cards come from Stupid Smiles. Yeah, that's what this stickers packs were called. These had some stickers missing, and there is a picture on the back as you can see. I guess everything could be sold in a wax pack in 1989.

As for the bottom two "cards", these were Nintendo stickers on the other side and the O Pee Chee cards had these game tips on the back. Not sure about you, but I lived by that Punch Out code - helped me get all the way to Mike Tyson (yes, I had the original version before Iron Mike was removed). 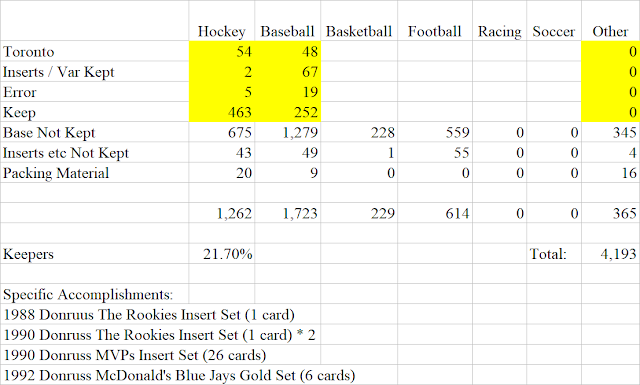