Looking Between The Pipes

I have little interest in most sets by In The Game. The Between The Pipes sets are no exception, though I can appreciate the uniqueness of the goalie for photo and action pic purposes, so can at least understand the draw. 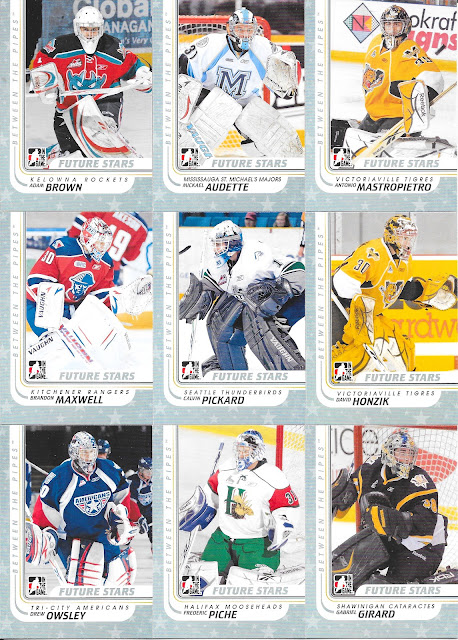 These mish-mash sets of prospects and junior players, current NHLers and stars of the past are just a bit too all over the place for my liking. The juniors here are okay as far as card front design goes, though there is a lot of lost real estate on the bottom and left side with the design. 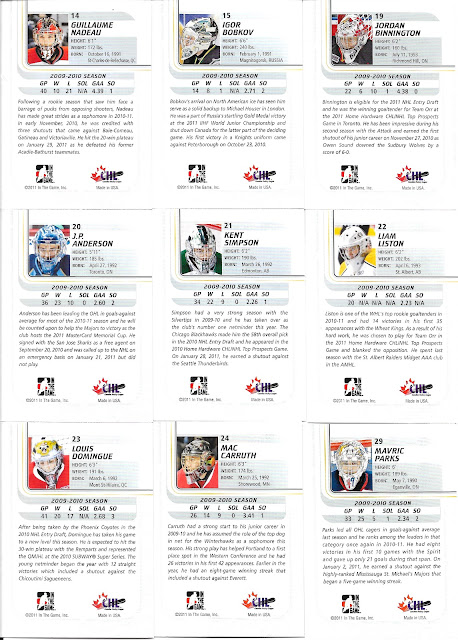 If your preference is writing instead of stats, these will be for you as well. 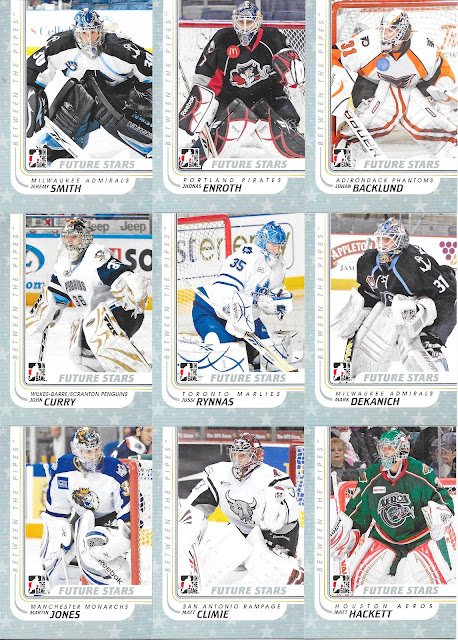 Well, there's a Marlies card at least, though I am still not collecting those. 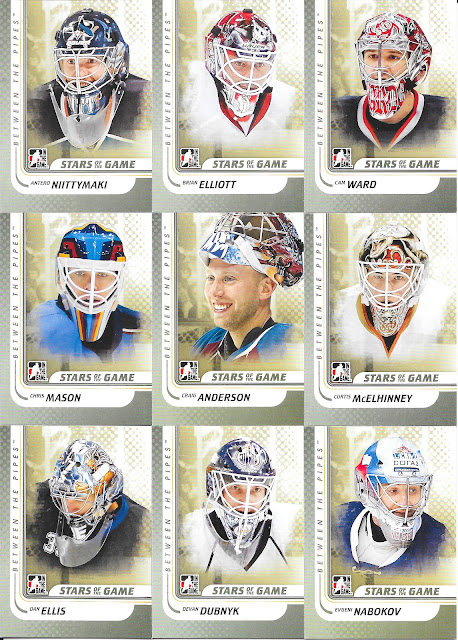 We then get into the Stars of the Game subset which is the current NHL stars, so maybe a card or two of Leafs to pick up here...maybe. 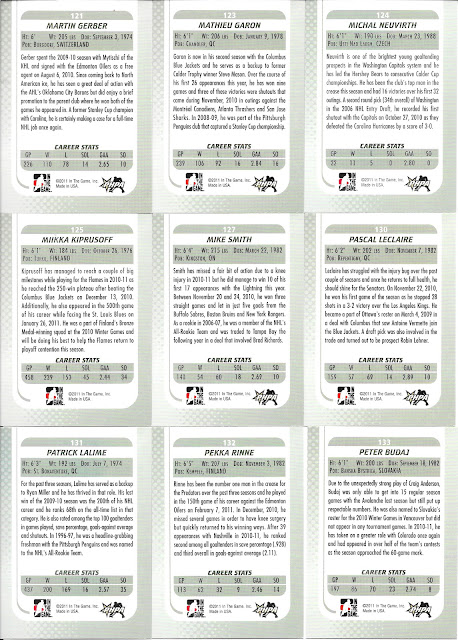 Again, plenty of write up on the backs of these as well, and just career stats. 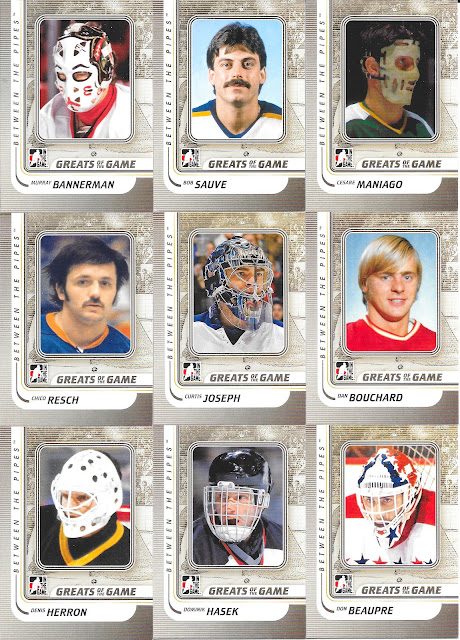 Okay, I can kind of get behind the Greats subset because it highlights players of the past I may not have collected otherwise. Not true for the one keeper here for me with Cujo. 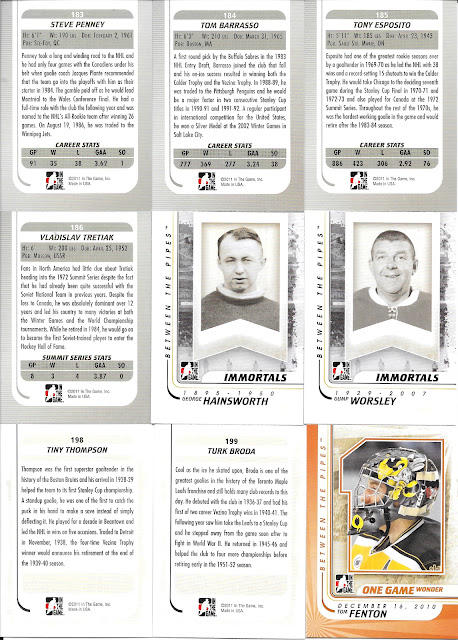 More big write ups on the backs of the greats, and then similar with the Immortals subset. Turk is a keeper for me as well highlighting his Toronto career.
The One Game Wonder is unique - and I can at least get behind a subset highlighting would be goalies who fill in for a game or as a backup for a game. There seems to be such a story every couple years when a couple injuries result in that reserve goalie potentially seeing game time. 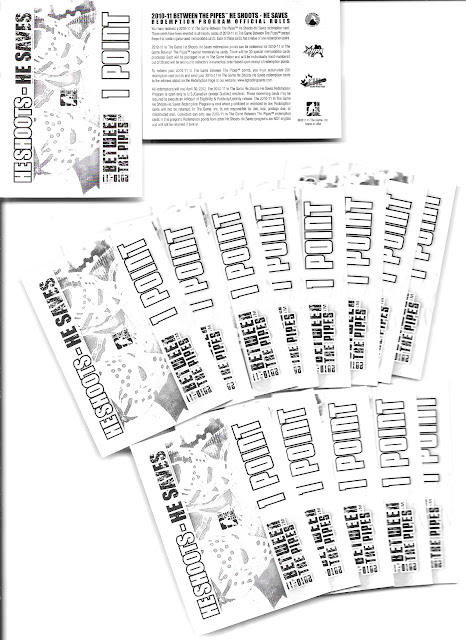 We end with a bunch of point cards. I guess they could be considered inserts, but unless they are player/team specific, I don't, but I like to use them to fill space in boxes where sets don't quite fill, so I will pout these to good use! 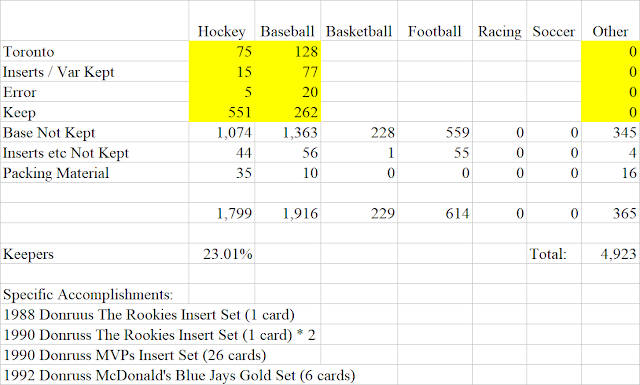