Today, we get a small stack of cards from 2009-2010 Upper Deck Victory hockey. I know Victory is about as "low" as you can get in cost or price point, but the sets are usually basic, but clean in design and look. I have never gone out of my way to collect a Victory set, but there are a couple I am slowly working on because I happened upon a good chunk of it - and one box I got really cheap a few years ago at Dave and Adam's in Buffalo. 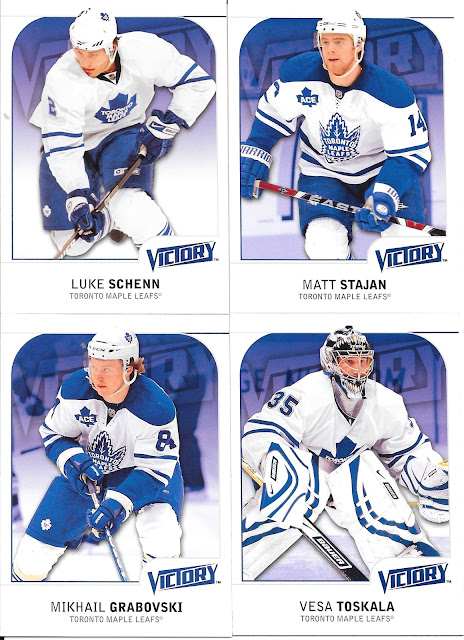 A solid group of Leaf additions to start, which is great considering all in, there's about 30 cards today. Always liked Stajan with his Leaf run. 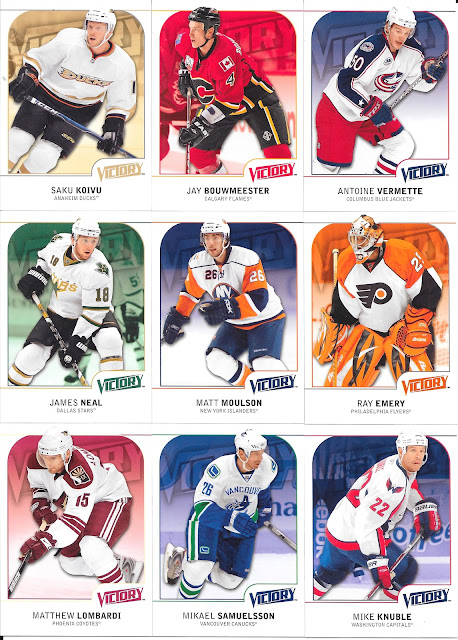 Now these cards look like any other cards from the set BUT, there are the high numbered cards which, were instead put in as inserts in 2009-10 Upper Deck Series Two. It always bothered me when they did this because it just seems like a cheap insert - but still inserts so still for keeps. 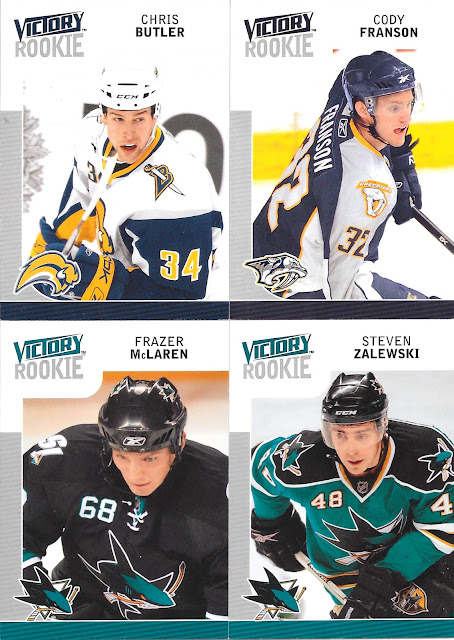 These I mind a bit less because they are a subset, and rookie inserts I can live with, even if they are really part of a different set. No massive standouts here, but nice pickups considering they are inserts.
As for the not so keeper cards... 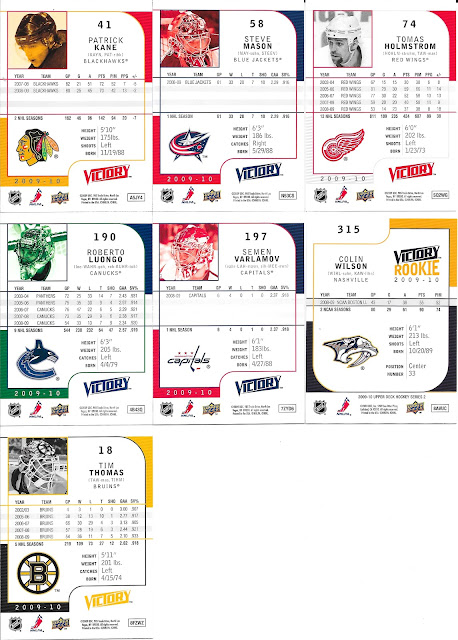 Standard Victory backs with basics of stats and a team colour scheme. Not a complaint, just more an observation.

Not too shabby all in today, but not a set for me to collect at this point. 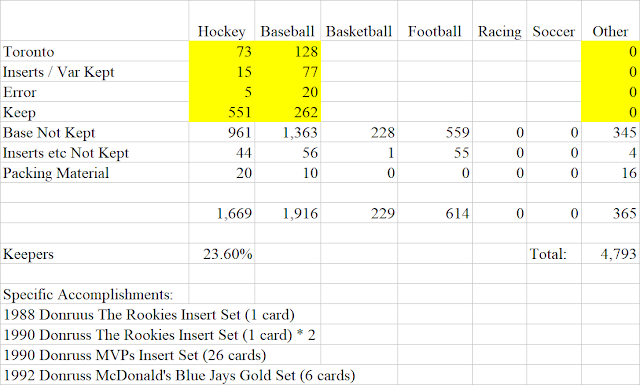