No Issue With Food Issue

May not be many cards here, but I'll always highlight a great food issue card set. 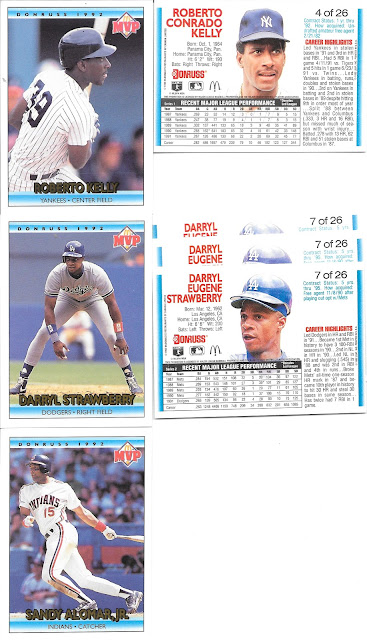 In 1992, this Donruss MVP set from McDonalds was released and, as you can see, used the same design as the Donrusss base set that same year. Believe it or not, when you bought the required food item (sandwich or breakfast entrée), you could get a pack of 4 cards for 39 cents! The trick was, it was at participating Canadian locations.

I do have a complete set, so don't need these copies, but interesting to see who was an MVP at the time.

No doubt on Darryl, this was when he was still a bright star and before things took a different turn in his career/life.

Kelly was solid and this was where Don Mattingly started to wane a bit, though I would have kept with Don.

Sandy was a solid catcher, and there wasn't quite a breakout star yet to surpass him in popularity.

Solid picks for players, a solid design for the time, and a great was to market the cards to kids, bery enjoyable! This would also explain the 6 card Jays insert set I ended up showing not too long ago from another pull from this lot. 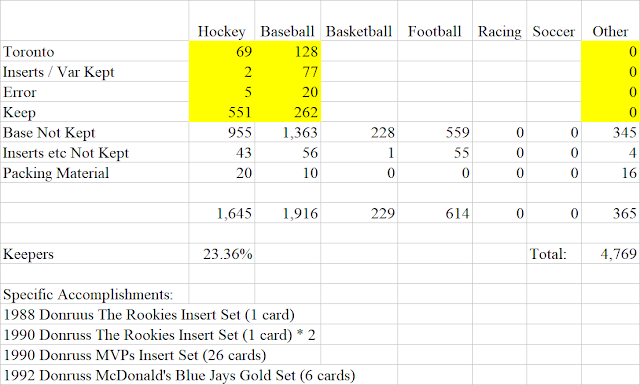 Another PWE to share for ending today - this one with TCDB member myrke and involves getting a few random Jays I didn't have until now... 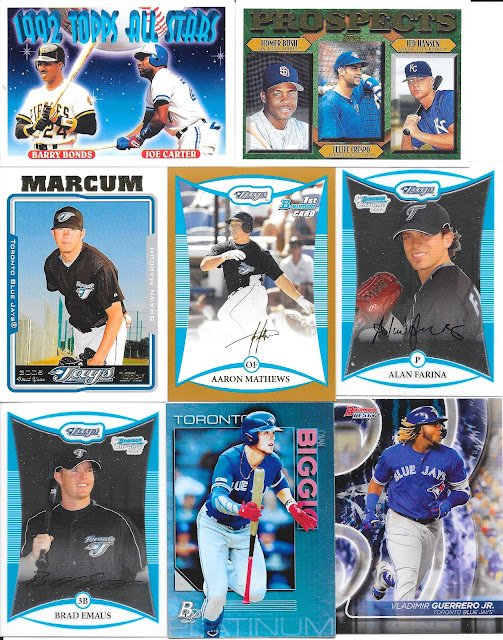 The Carter/Bonds 1993 card is for the set build, but the rest are strictly team collection pick ups. The Vladdy is my 24th, all of which I have picked up by trades which I really love saying.
As for the Bowman cards...still not my fave design but team collectors gotta collect!
Appreciate the trade, many thanks!
Posted by CrazieJoe at 8:00 AM